When things like socks, hair ties, or toy mice just disappear, there might be a cat behind them. Because many cats are passionate collectors and “steal” a wide variety of things. But why do cats collect socks, towels and the like?

As “Klepto-Kitty” he made an entire residential area in San Mateo, California unsafe: Dusty, the purring robber. The tomcat quietly and secretly stole more than 600 items – from socks and towels to potholders and brassieres.

Many cats like to collect all sorts of objects – although not as obsessively as Dusty. Socks are stolen and kidnapped, or all the play mice are “drowned” in the water bowl. But what is behind this strange behavior? There are various theories about this.

Contents show
1 Is Collecting in Our Cats’ Blood?
2 Theft for Pleasure or to Relieve Stress
3 The Raid for Attention

Is Collecting in Our Cats’ Blood? 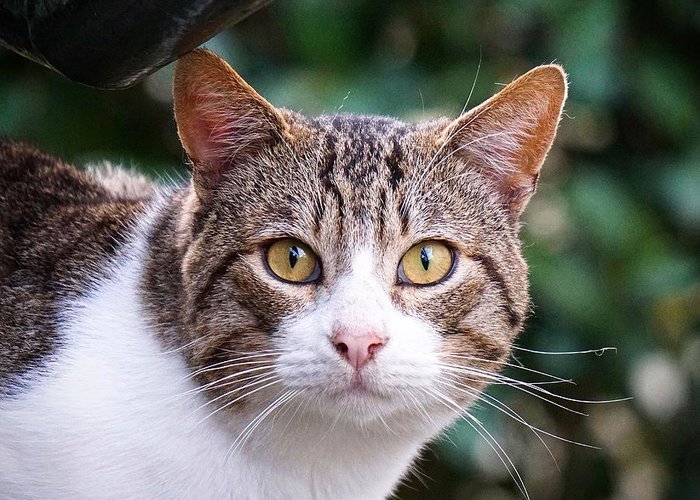 A feral cat would never think of making provisions for bad times. Freshly killed prey is eaten on the spot. The only exception: a mother cat often brings her offspring dead and later live prey so that the little ones become fit for the hunt.

Some apartment tigers seem to have retained this instinctive behavior – only that instead of live prey, for example, play mice have to be used. These are towed around and placed near the water or food bowl. It is believed that the cat associates these places with the safety of a nest and therefore deposits its “prey” there.

This is countered by the fact that cats are usually reluctant to eat where they drink (and vice versa): For their wild ancestors, watering holes were very precious and should not be polluted with the prey they killed. In addition, tomcats sometimes show a collecting instinct, which is why the theory of the collecting cat mother is not generally applicable.

Theft for Pleasure or to Relieve Stress

Coveted stolen goods are lightweight and tempt to play: hair ties, milk carton caps, ballpoint pens, but also shiny things like coins or earrings can have a very stimulating effect on the cat’s hunting or play instinct.

Unfortunately, some objects end up in the cat’s stomach from time to time: in the worst case, an intestinal blockage can result! That’s why it’s important not to dismiss collecting edible objects as cute whimsy. Instead, the cat should be offered suitable toys that do not pose any danger.
In rare cases – as with the cat Dusty – the collecting mania takes on compulsive traits. Cats are adept at compensating for emotional problems and stress with unusual behavior. Living in a low-stimulus environment, as well as boredom and stress, can all contribute to cats developing a passion for collecting.

The Raid for Attention 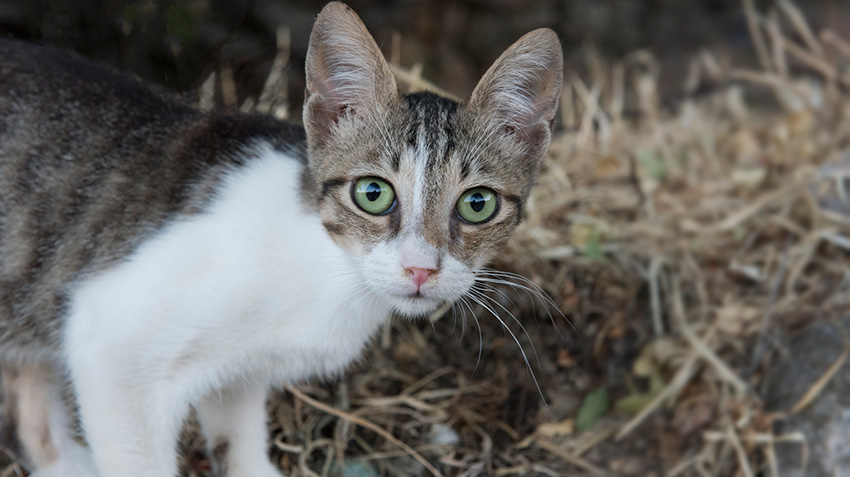 It doesn’t matter whether you scold the cat for its behavior or amuse it, any form of attention will be viewed as a success. If a cat notices that it is provoking a reaction from its mistress or master with a stolen striped sock, it may continue its raids in order to continue to get confirmation.

Only one thing helps: distraction! Keep your cat occupied in a meaningful way, for example with regular play and positive reinforcement when she stops stealing.

An attractive environment with attractive climbing opportunities and the interactive game with “their” humans distracts cats from stupid things. If there is a psychological problem behind the mania for collecting, this should of course be solved first.