There are videos of dogs watching The Lion King or nature documentaries – but will the four-legged friends recognize what is shown on the screen? How do dogs perceive TV?

Relaxing on the couch with your dog and watching TV is a popular activity for many. According to a survey by streaming provider Netflix, 58 percent of those surveyed prefer to watch TV with their pets, 22 percent even tell their pets about the program they are watching.

But can dogs even recognize what is flickering on the screen? Various studies show: yes. For example, they can recognize other dogs only by visual information – for example, not noticing their smell or barking. It’s the same when they see other dogs on TV. And it works even regardless of the breed of dog. 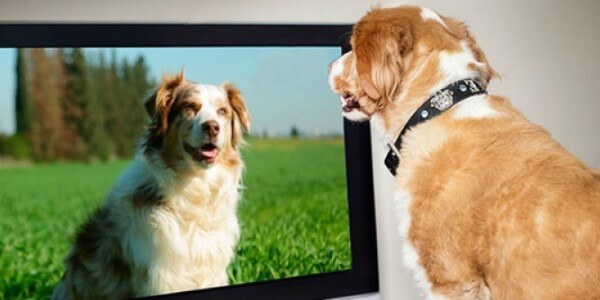 However, when it comes to television, there are some differences between dogs and humans. First, the dog’s eye takes pictures faster than the human eye. This is why the dog picture flickers on older TVs that show fewer frames per second.

On the other hand, dogs only have a two-color vision, as opposed to tricolor vision in humans. Therefore, dogs see only a scale of primary colors – yellow and blue.

How exactly a four-legged friend reacts to a TV program is highly dependent on the dog. As a rule, many dogs become alert when something is moving quickly, even if it is only on TV. Shepherd dogs are especially sensitive to this. Greyhounds, on the other hand, are more focused on their sense of smell and therefore may be less interested in a pack of cigarettes.

Depending on the temperament, the dog may bark loudly when he sees other dogs on TV. Some even run to the TV and look for where their brothers are hiding behind it. Still, others are already dull by television and are rather boring.
Of course, noises also affect how attached a dog is to the TV. Research has shown that dogs are most alert when videos contain barking, whining, and praise.

And we also know that most dogs don’t watch TV for a long time, but only watch it from time to time. Quite differently than we do when, eight hours later, we find that “just a short episode” has turned into “an entire season.” 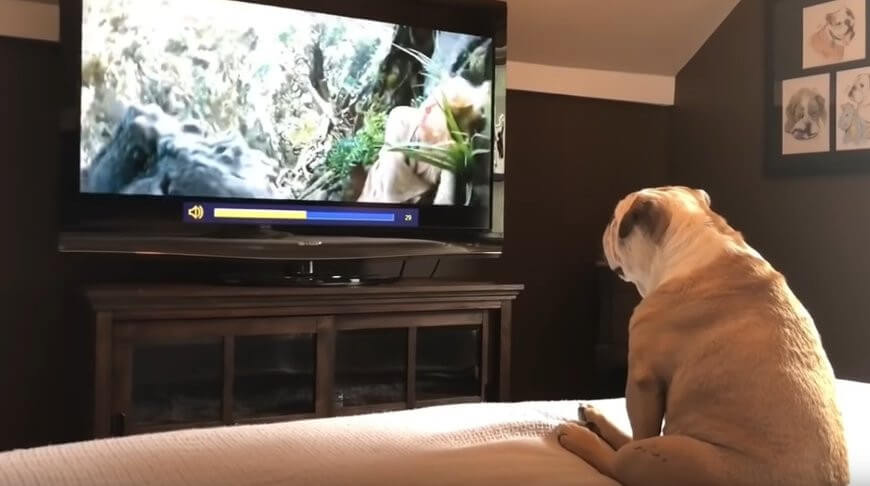 There is even a dedicated TV channel for dogs in the US: DogTV. Shows more frames per second and colors are specially designed for dogs. There are different programs for relaxation (dogs lying in the meadow), stimulation (surfing the dog), or for everyday situations, from which dogs can learn from their own lives.

Also interesting: a few years ago there were the first videos that were aimed not only at the owners but also at the dogs. Among other things, the food manufacturer wanted to use a high-pitched squeak and whistle to make four-legged friends react to this place and attract the attention of their owners …