Vultures are a group of large to very large birds of prey that feed mainly on carrion. It is typical that in almost all species the head and neck area are free of feathers. They have a powerful beak and strong claws However, researchers have found that the vultures form two groups that are only slightly related. The Old World Vultures and the New World Vultures. The Old World vultures belong to the hawk-like family and form two subfamilies there. One is that of the Old World vultures (Aegypiinae), which include black vultures and griffon vultures.

The second is the subfamily Gypaetinae, the best known of which is the Bearded Vulture and the Egyptian Vulture. These two stand out from the other Old World vultures by their feathered head and neck, for example. Old World vultures can grow to over a meter tall and have a wingspan of up to 290 centimeters. Typical for many of them is a ruff made of feathers, from which the bare neck protrudes. 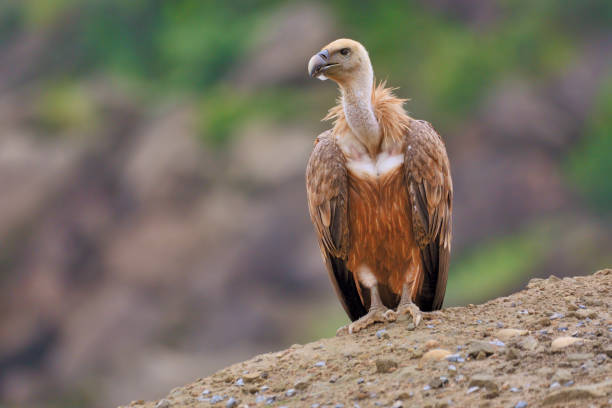 Where do vultures live?

Some species, such as the black vulture, used to be found only in wetlands. Today they also live in cities and look for waste in the garbage.

What types of vultures are there?

Old World vultures include well-known species such as the Griffon Vulture, the Pygmy Vulture, and the Black Vulture. The bearded vulture and Egyptian vulture belong to the Gypaetinae subfamily. There are only seven species of New World vultures. The most famous is the mighty Andean condor. Other known species are black vultures, turkey vultures, and king vultures

How old do vultures get?

Vultures can get pretty old. Griffon vultures are known to live for about 40 years, some animals even much longer. The Andean condor can live up to 65 years.

How do vultures live?

Old World and New World vultures have an important job: they are the health police in nature. Because they are predominantly scavengers, they clean up the carcasses of dead animals, preventing the spread of pathogens.

There is a division of labor among vultures when it comes to removing carrion: the largest species such as griffon vultures or condors come first. They use threatening gestures to determine which of them is allowed to eat first, and the hungriest animals prevail. It also makes sense that the largest vultures eat first: only they have enough strength to tear open the skin of dead animals with their beaks. 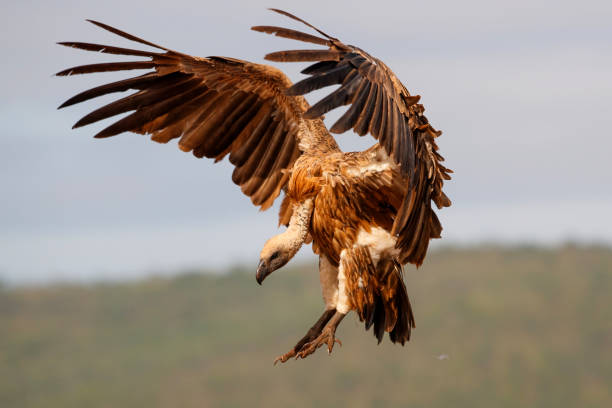 Some species of vultures mainly eat muscle meat, others guts. Bearded vultures like bones best. To get the marrow, they fly up in the air with a bone and drop it onto rocks from a height of up to 80 meters. There the bone breaks and the vultures eat the nutritious bone marrow. All vultures are excellent fliers. They can glide for hours and also cover great distances. While some Old World vultures are gregarious and live in colonies, New World vultures tend to be solitary.

How do vultures reproduce?

What do vultures eat?