Budgies are known for their brightly colored plumage. But every bird owner knows the time when the feathers just trickle out of the cage. Because even the small parrots from Australia have to renew their pretty plumage regularly. We’ll tell you what the moulting of budgerigars is all about and what you can watch out for during this time.

Contents show
1 What is the Moult?
2 What’s Behind the Moult and How Long Does It Last?
3 What Should Be Considered When Moulting Budgies and How Can You Support Your Bird?
4 When to the Vet?

What is the Moult? 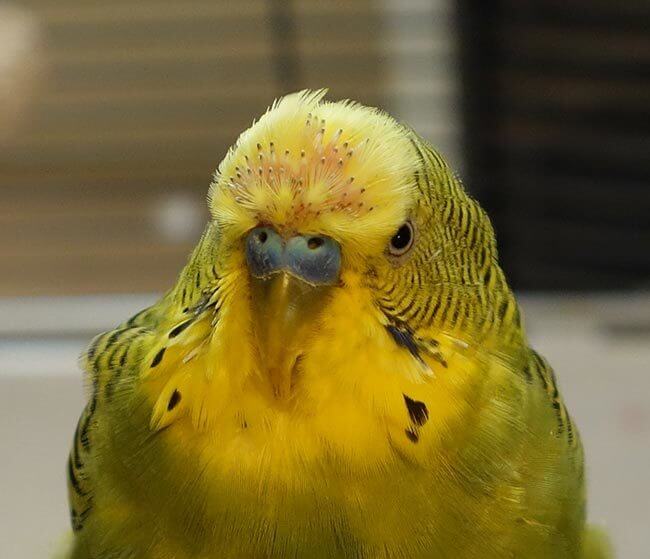 Budgies lose feathers throughout the year. Therefore it is not uncommon to find small down feathers and occasionally larger feathers in front of the cage. However, this daily shedding cannot be described as moulting. Only the increased loss of feathers describes the moulting of your birdies. The word Mauser comes from the Latin “Mutare” and means “to change”. This means the throwing off of the old, but also the creation of new and functional springs. This process is hormonally controlled in our feathered friends. The hormone production is in turn dependent on some external influences. Temperature, food, and length of days are some of them. Since the flight feathers do not all fail at the same time, budgies and other ornamental birds usually remain able to fly during the moult.

What’s Behind the Moult and How Long Does It Last?

The feathers of our feathered friends wear out over time and must therefore be replaced regularly. The effects of light can bleach keratin bird hair. But mechanical loads, as well as dust and dirt, also lead to wear and tear. Worn feathers cannot regenerate, so that failure to replace the plumage would result in incapacity to fly. One reason for this is, for example, that the worn flight springs no longer provide sufficient lift in flight.

The frequency and duration of moulting in budgerigars depend on various factors. Roughly, however, two to four moulting processes per year can be assumed, which may be less pronounced or more pronounced. Due to the health status, age, and hormone status, decreased or increased moulting can also occur without being pathological. The duration is around 7 to 12 days, starting with the failure of the old feathers and ending with the new ones growing again. You should note that budgies never moult completely. Therefore it is difficult to say how long it really takes. You can recognize a sign of the end of moulting from the “stubble” on the head.

What Should Be Considered When Moulting Budgies and How Can You Support Your Bird?

As a rule, a healthy budgie appears more tired than usual during the moult. Moulting can be compared to severe cold. During this time the immune system is weakened. Changes in behavior are the result. It’s not uncommon for your birdie to be less lively and less likely to sing. The activity is also significantly restricted. Some budgies rarely or never come out of their cage during the moult.

You should give your darling rest to avoid illness. It is also important to adjust the food intake. You should pay attention to a varied diet and save on fatty food so that your budgies do not become fat. Basically, you should keep your hands off the so-called “moulting helpers” from the pet shop. These will not help your birds any further. On the other hand, you can support them with silica, cucumber, or korvimin, for example. Because these products contain silica, which promotes the growth of the feathers.

When to the Vet? 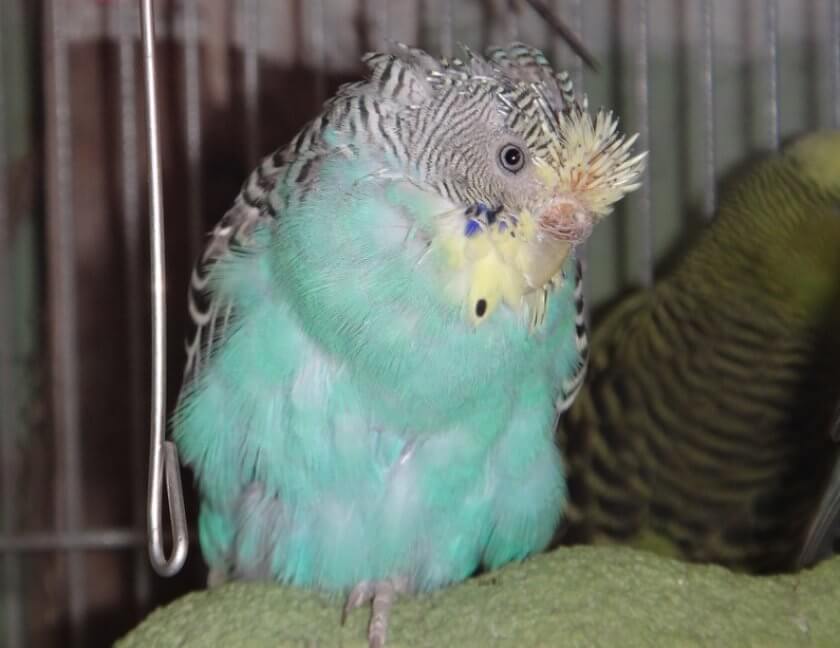 With the Shock moult and the stick moult – two special forms of moulting – you should visit a veterinarian with your darling. The starter moult is a defense mechanism that is triggered in the event of fear or shock. Your budgie will throw off its tail feathers. In nature, it serves as protection from predators, which only prey on its feathers when biting. However, this moult can also occur in everyday life. Therefore, you should be careful not to frighten your parakeet – a slamming door can be enough here.

In the stick moult, after the old feathers are shed, there are delays in the growth of the new feathers. This significantly extends the moult. Possible causes for this are largely unexplained. Temperature fluctuations or an insufficient supply of vitamins and minerals would be conceivable, among other things. In such a case, medication is necessary. You can get this from a vet.