The desperate plucking of a parrot is a cry for help because this bird suffers and literally tears its feathers out. One day he is sitting there, deadly unhappy, with bare parts. But you can spot mistakes and improve posture. 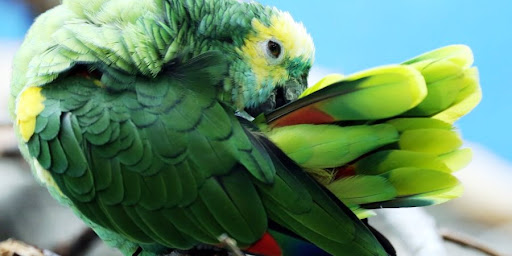 Exotics – and these are parrots – have claims. If mistakes happen, the plucking often starts. A common reason is a loneliness. Parrots need a company of their own kind. Whether a big macaw or a little rose-head – the motto “Life is only half as beautiful” applies to everyone. Man cannot replace a feathered friend. We don’t flap our wings, we don’t beak, we don’t take off and we don’t know how to speak parrots. But be careful: Before a second bird moves in, you should rule out any further poor husbandry so that you do not end up with two plucked parrots. In addition, the chemistry has to be right and the newcomer should first come on a trial visit.

Chatting and Plucking Out of Boredom

Speaking indicates further deficiencies in posture. Parrots are very smart, eager to learn, and also like to imitate. People enjoy it, but if a parrot likes to talk often and often, it means only one thing: this poor guy is bored. And some plucking starts out of boredom.

It is better not to teach the parrot to speak, which it would never learn and need in normal life. Instead, he would have to solve tasks in freedom and look for food. There are intelligence games for parrots on the market. Tricky feeding games can also be tinkered with: hang up a tube at right angles and place a nut in it. Also, offer a small branch. Now the parrot has to find out how to get the nut: he can fish it with the branch or push the tube and swing until the reward falls out.

Intelligence and feeding games are much better than the famous mirror in the cage. The parrot pecks at the mirror and is quite frustrated because he thinks his mirror image is a fellow and tries in vain to peck at the other person. We pull our hair when we are frustrated – the parrot starts plucking. Therefore: take the mirror out and offer a substitute with supportive games.

Despair in a Tight Cage

Usually, there is also a lack of movement. It starts when the cage is too small, but you can guess three times what a parrot likes to do in the wild? Exactly – he wants to fly. While small parrots can make their rounds in the apartment, large birds quickly bump into walls. Even an aviary in the garden is often too small for large fliers. So if you don’t have an air hall and a giant net over the garden, you can teach the parrot to return from its sightseeing flights. 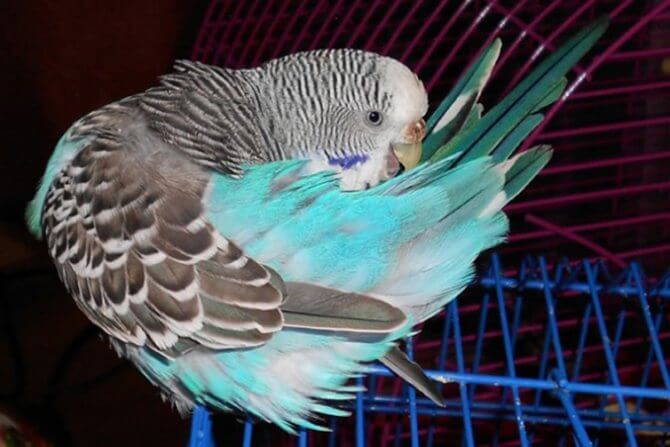 The free flight with return usually works with food and calls. Look for a professional for the lesson, because one thing must not happen: That the parrot disappears, never to be seen again. In nature it could starve to death, it is exposed to enemies (e.g. martens, cats, etc.) and in winter it could freeze to death. A parrot expert can also advise you on care and nutrition – because these factors must also be right for a happy parrot life without plucking.