Some cats just can’t get enough of stroking – others just tolerate it or even reject it. Read here why some cats do not like to be petted and what you need to consider when petting so that your cat can enjoy it.

Many cats love to snuggle and cuddle with their humans. They press tightly against humans, demand pats, and some even like to lie down on their humans’ stomachs or chests, purr, and fall asleep there. Some cats even demand petting from complete strangers. Other cats, on the other hand, only accept brief pets, hate being picked up, and would never consider laying on top of a human. We explain where this behavior comes from and how you can convince your cat to cuddle.

Contents show
1 That’s Why Cats Want to Be Close to People
2 Reasons Why Some Cats Don’t Like to Be Cuddled
3 No or Too Little Socialization in Kitten Age
4 Pains
5 Cat Character
6 5 Important Rules for Cuddling and Stroking
7 Getting Shy Cats Used to Being Petted
8 In 2 Steps: Approach Particularly Shy Cats

That’s Why Cats Want to Be Close to People 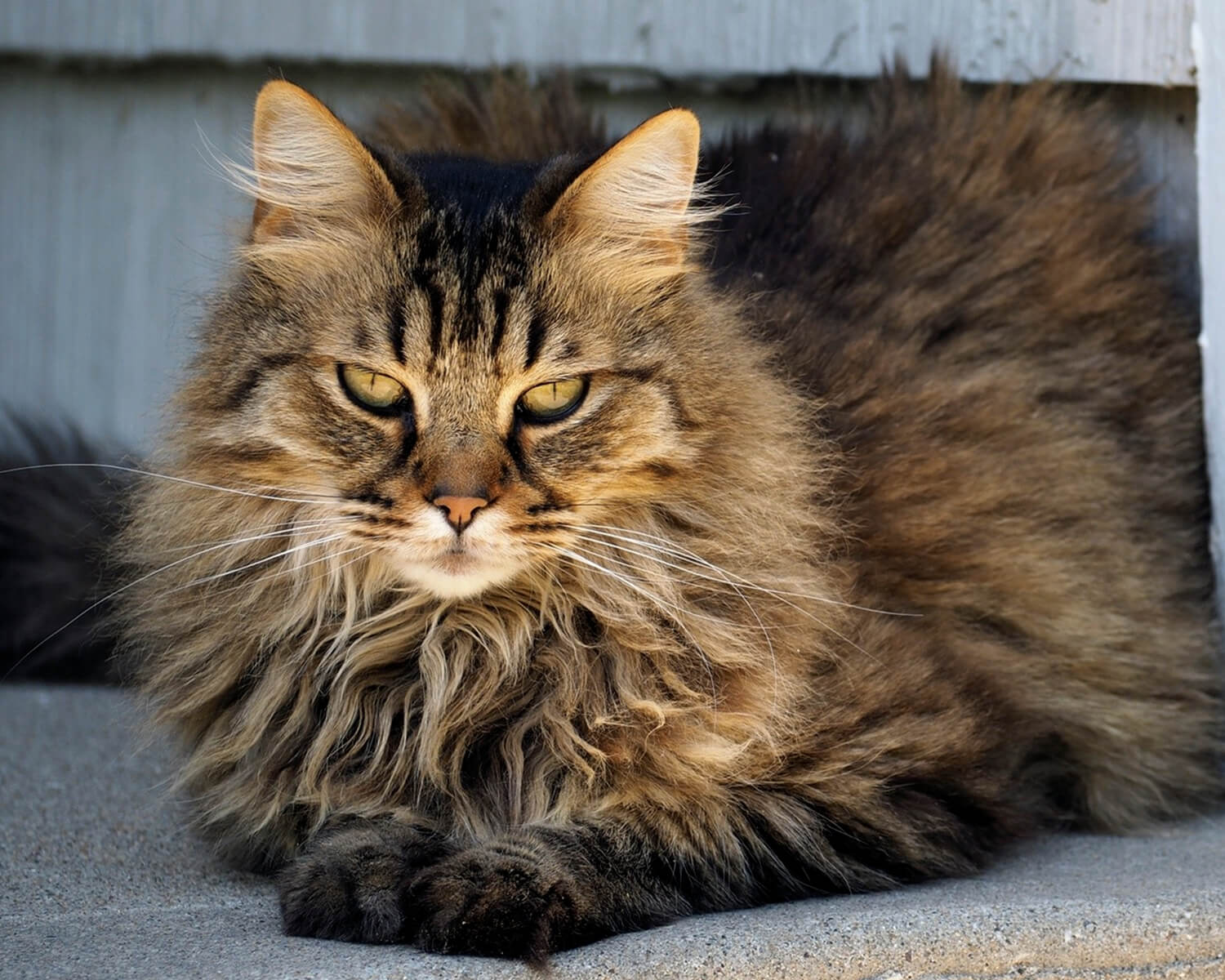 When a cat hugs and lets you put a human, it’s similar to the behavior cats are born with. Kittens cuddle up to their mother cat from the time they are born. This place means safety, warmth, and absolute security for newborn cats.

When the cats later snuggle up tightly to their people, it is a sign of great affection and trust. Even now she enjoys closeness, warmth, and affection.

Reasons Why Some Cats Don’t Like to Be Cuddled

But there are also cats who don’t seem to like being stroked or cuddled. While some cats enjoy brief stroking, they would never consider laying on top of humans. If a cat doesn’t want to cuddle at all, there can be various reasons:

No or Too Little Socialization in Kitten Age

The first weeks of life are considered the imprinting phase. If the young cat doesn’t get to know any people during this time – or even has negative experiences with people (such as being suddenly picked up, roughly handled, and forced to cuddle) – this experience will also influence the cat’s behavior later on.

If a cuddly cat suddenly refuses to be petted, that’s a warning sign. Pain, often arthritis in older cats, can trigger this defensiveness. A trip to the vet is essential.

Just because a cat doesn’t like cuddling and laying on people doesn’t mean they don’t like or trust their people any less. Just like humans, cats have different characters with different needs.

We must condone cat behavior – forced cuddling or picking up under protest does more damage to the cat-human relationship than it shows the cat how nice cuddling can be.

5 Important Rules for Cuddling and Stroking

Veterinarian Sabine Schroll, who is particularly concerned with behavioral medicine for cats, names five rules that we must absolutely observe when petting and cuddling our cats:

The cat is most likely to gain trust if it can say that it now doesn’t like being stroked or no longer – and if these signals are not only understood but also respected.

Getting Shy Cats Used to Being Petted

Most cats can, under certain conditions, learn that petting and cuddling with people is a beautiful thing. Anxious and poorly socialized cats simply have no experience of relaxed cuddles. They fear hands because they have been grabbed and held. Depending on their personality, these cats will either aggressively reject any contact or freeze in fear.

Basically, cats love it when they can at least retain the feeling of control in a situation or encounter. First of all, this means leaving all approaches, stroking and touching to the cat. She can decide when, how long and where she wants to have physical contact. In the simplest case – with suspicious cats, when getting used to it – it is sufficient to offer the back of the hand in such a way that the cat can typically rub its head on it when passing by. 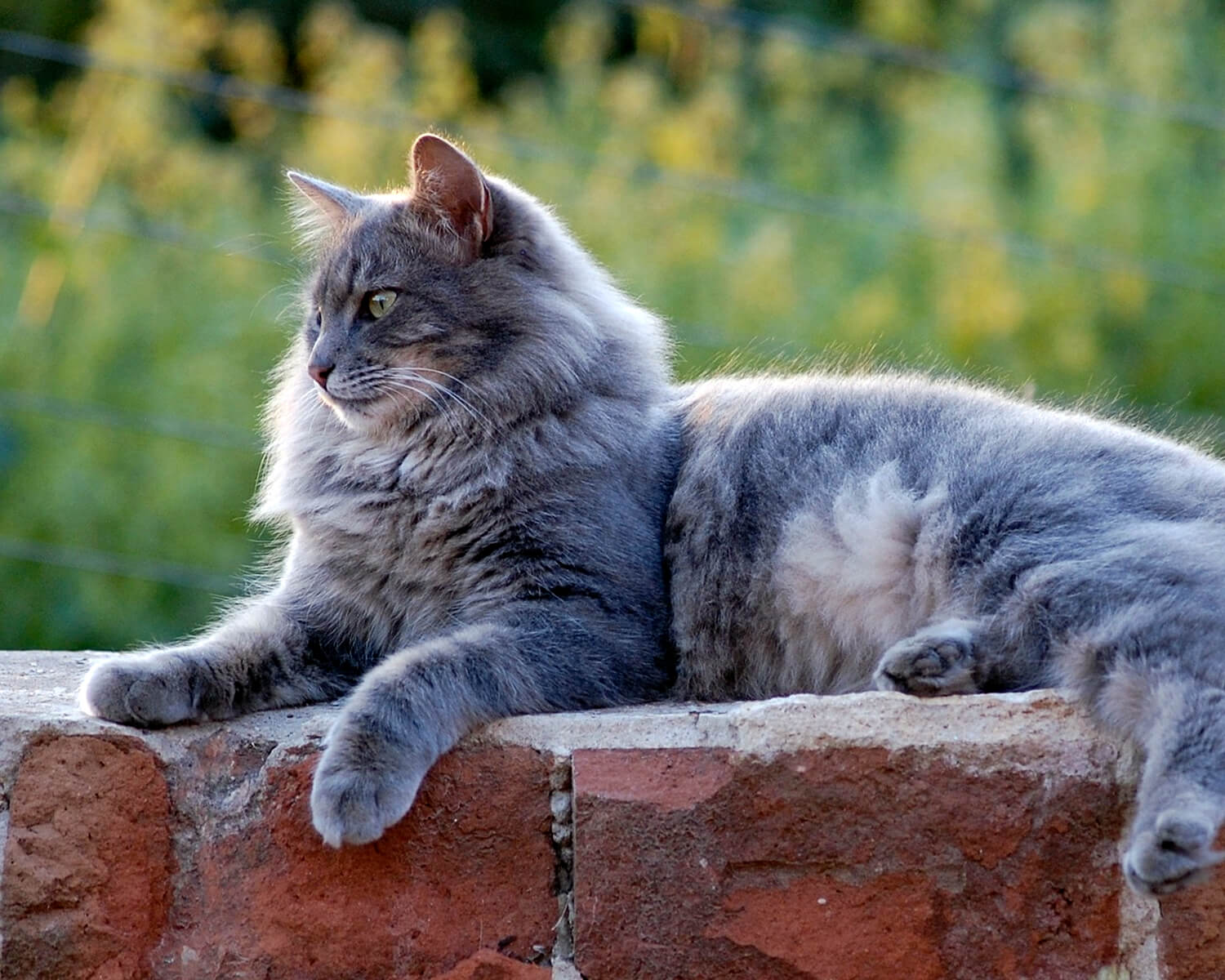 However, if the distance to the cat is still so great that an approach is unthinkable, only patience and confidence-building measures will help.

To reduce stress and anxiety not only through unobtrusive behavior but also in the cat’s system, pheromones and all tasty, relaxation-promoting food supplements that are voluntarily ingested with the food are suitable. In this way, the cat’s mood becomes more stable and it associates experiences with pleasant emotions.

Paradoxically, cats develop the greatest confidence to eventually be petted when they are not being petted!