With their fine white longitudinal stripes in their fur, striped grass mice are unmistakable. They are therefore also called zebra mice.

Typical are the fine, light, yellowish-brown to gray stripes that run from the tip of the nose over the whole body to the bottom. The ventral side is lighter in color and sometimes almost white.

Where do striped grass mice live?

Which striped grass mice are there? 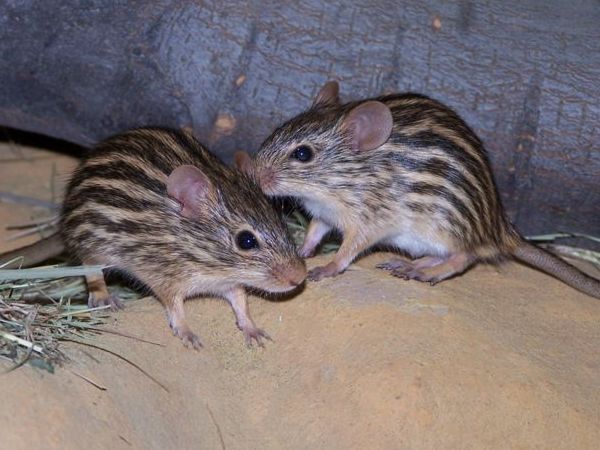 There are about eight different subspecies of the striped grass mouse. They differ mainly in the pattern of their fur.

How old do striped grass mice get?

How do striped grass mice live?

Striped grass mice are very sociable and live in colonies. This way they are better protected from their predators. They are purely ground dwellers and create real tunnels under the layer of grass, which they use regularly. They build nests out of blades of grass, in which they sleep and give birth to their young.

They mostly walk around. But they can also jump quite high. Striped grass mice are active both during the day and at night. But mostly you can see them during the day. Activity and rest phases alternate: if the mice have been alert for two hours, they rest for the next two hours.

Although striped grass mice are social animals, arguments do occasionally occur. Because the individual groups have territories, they defend their territory and attack foreign invaders. In extreme cases, it can even happen that the foreign animal is killed and then eaten.

Striped grass mice are shy. Although they become tame over time and also take food from your hand, they do not pet animals.

Friends and foes of the striped grass mouse

Striped grass mice have many enemies. No matter how fast they are, they fall victim to birds of prey, small predators, and reptiles such as snakes.

How do striped grass mice reproduce?

In nature, striped grass mice mate during the rainy season. A female striped grass mouse can have offspring up to three times a year. After a gestation period of about 21 days, four to six young are born. The babies are still naked and blind. However, you can already see the later bright stripes on the skin.

After ten to twelve days they open their eyes and after about four weeks they are independent. Males become sexually mature at the age of ten weeks, females only at four to five months. 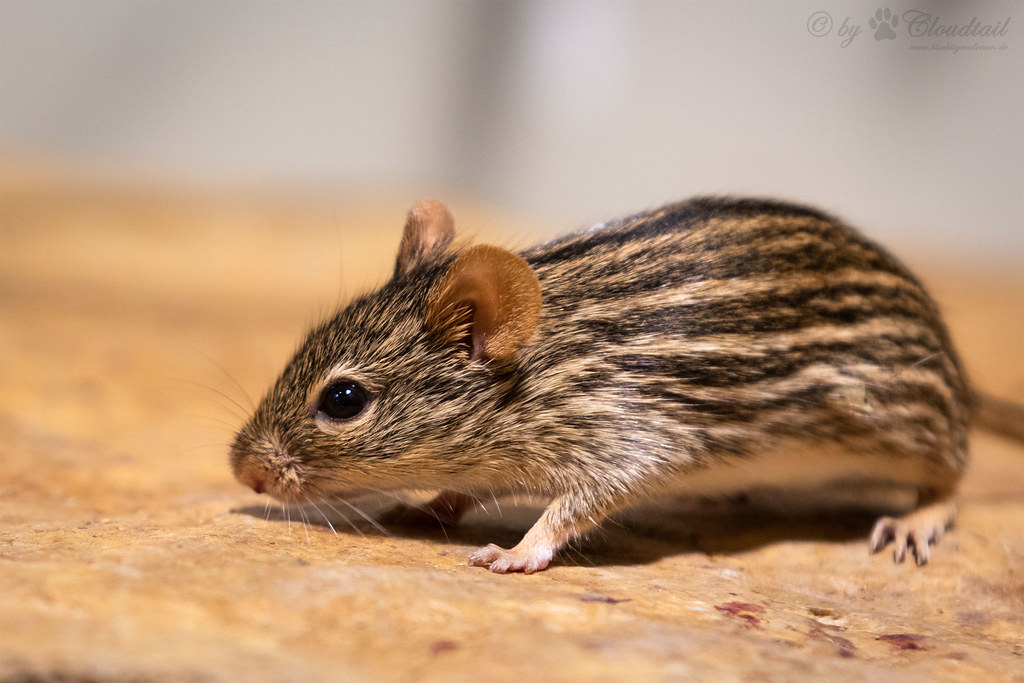 What do striped grass mice eat?

In captivity, striped grass mice are fed a mix of budgerigar and canary food, along with vegetables and green salads. In the summer you can also give them dandelion leaves to eat. So that they get enough protein, you feed them mealworms, insect food, or some boiled egg from time to time.

Nuts and sunflower seeds should not be given to them, as they can quickly make them overweight. Food is best placed in glazed clay or stainless steel bowls for easy cleaning. A normal rodent drinker is suitable as a drinker.

Striped grass mice should never be kept alone, otherwise, they will become lonely and ill. You should keep them at least as a pair. However, they feel even more comfortable in a larger group. But you can’t just put different striped grass mice together. Because animals that do not know each other attack each other, it is better to buy young animals that are not yet sexually mature if you want to keep a group.

The best time to watch the mice is for the first few hours after you’ve put them together. Then you can take them out of the enclosure in time when they start fighting.