With the striking black and white markings on their fur, skunks signal their enemies: Careful, we may spill a terribly smelly liquid!

Skunks are also called skunks. They belong to the marten family and are therefore predators. Unlike martens, however, they are much more powerfully built: their bodies are stocky and fairly broad, their legs are relatively short and their snouts are pointed. They have long, bushy tails.

All skunk species have one thing in common: the black and white patterned, long-haired fur. The striped skunk has a black belly, legs, sides, and head. The back, back of the head, and tail are white. However, the pattern can be different in animals of the same species.

Where does the skunk live?

Skunks are only found in North and South America. Striped skunks are found from southern Canada to northern Mexico. Skunks live in steppes, in semi-deserts, and in scrubland. Often they can also be found near human settlements. They don’t like dense forests. They live in burrows that they either dig themselves or take over from other animals such as badgers.

What types of skunks are there? 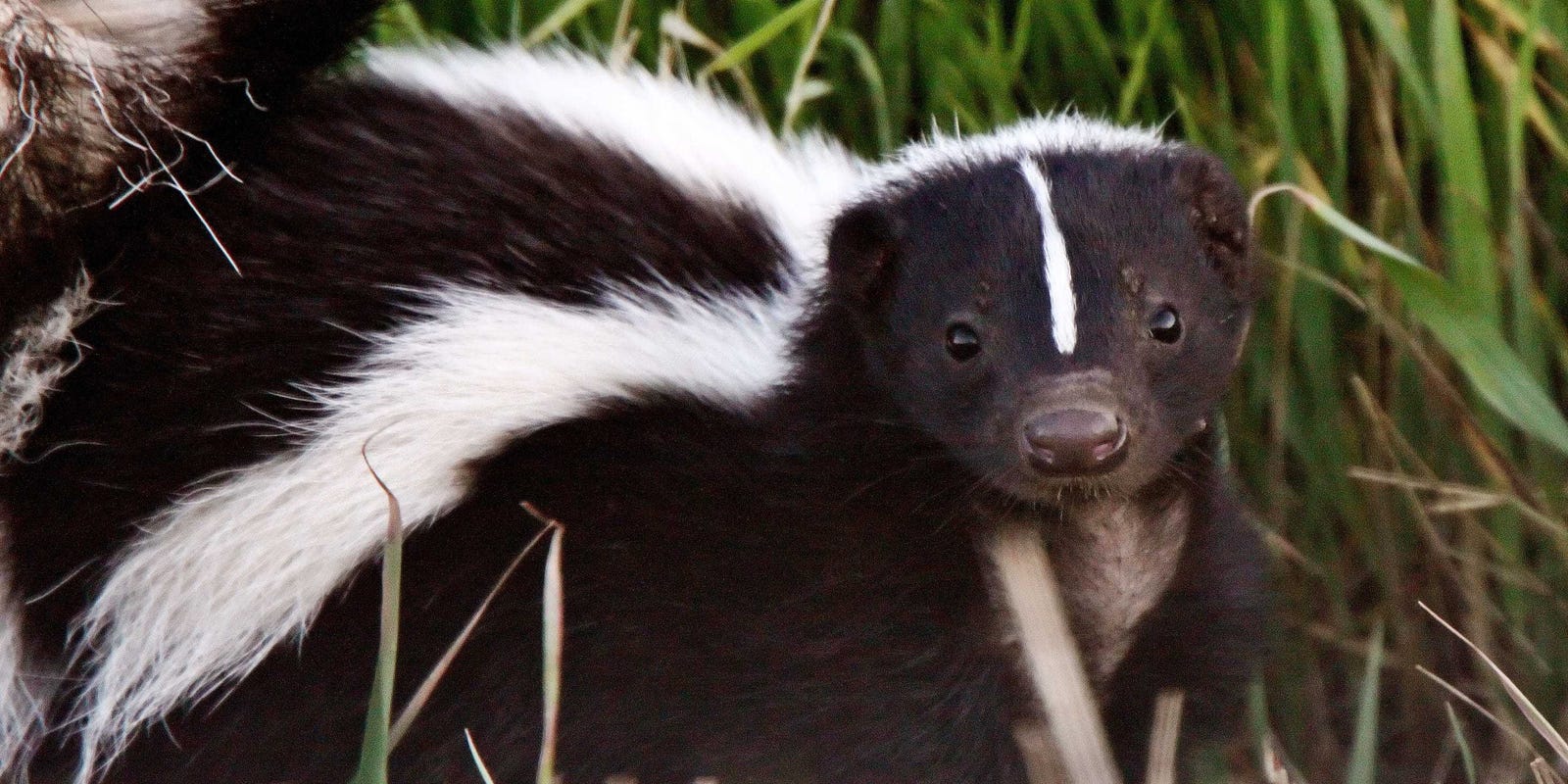 How old does a skunk get?

Striped skunks live for about seven years, other skunk species live up to ten years.

How does a skunk live?

The name of the skunk already reveals what their most important distinguishing feature is: They can squirt a very foul-smelling substance from two special glands on the right and left of the anus. But they only do that if they feel threatened and are being attacked. When this happens, the skunk turns its backside towards the attacker, rears its tail, and sprays the liquid at the opponent.

Most of the time, skunks hit the enemy directly in the face from up to four meters away. This liquid smells unbearably like a mixture of garlic, sulfur, and burnt rubber. The liquid does not harm healthy skin. However, if it gets on mucous membranes, it can cause vomiting and headaches. If it gets in the eyes, the animal or human can even become blind for a short time.

If the stinking liquid comes into contact with clothing, there is only one thing to do: throw it away! No detergent in the world can remove the unbearable stench. When a skunk is nervous and ready to attack, the most important sign is the erect tail. As a very last warning, it then turns its head towards the attacker and bares its teeth: At least now you should flee as quickly as possible!

Skunks are most active at dusk and at night when they roam around in search of food. But sometimes you can see them during the day. 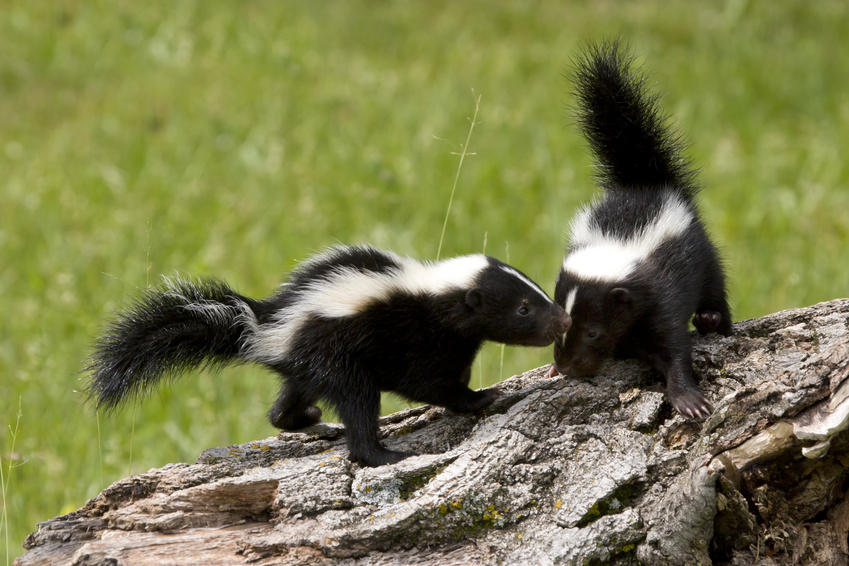 Skunks are social animals that live in groups. The males become solitary only during the mating season. Skunks live in fixed territories. There they live in burrows, which they pad softly with grass and leaves. Sometimes they also move into abandoned burrows or live in the various burrows of a burrow together with other animals.

Only spotted skunks also climb trees and sometimes build their nests in tree cavities. Skunks mark their territory and the paths they regularly use with droppings. Skunks are leisurely animals and tend to move quite slowly. They are rarely seen running, and although they can swim, they rarely go into the water. Species living in North America do not hibernate during the winter, only what is known as hibernation.

Friends and foes of the skunk

Many large predators, such as bears or cougars, know full well that skunks squirt a foul-smelling secretion and therefore give them a wide berth. Birds of prey, on the other hand, are not bothered by the stench; they attack skunks from time to time. In North America, most skunks die because they are run over by cars.

How does the skunk reproduce?

A female usually gives birth to four to six cubs, sometimes as many as sixteen. Skunk babies are still very helpless: they are blind and have no fur; it grows only after 20 days.

Between the 20th and 30th day they open their eyes and after 35 days they start walking.

The mother nurses her young for six to eight weeks. The skunk cubs remain with their mother for the entire first year of life.

By the time skunk babies are five weeks old, their stink glands have developed. At first, the liquid it contains doesn’t stink until the little ones are seven weeks old.