The stickleback gets its name from the spines it carries on its back.

For most of the year, the three-spined stickleback is a fairly inconspicuous fish, typically 2 to 3 inches long, silver in color, and has three moving spines on its back. Its ventral fin also has a spike. He can position these spikes firmly, turning them into a real weapon.

At the time of reproduction in spring, the stickleback males put on their “wedding dress”: the chest and belly turn orange to cherry red, the back shimmers in strong bluish-green. If the males see a rival or if they particularly like a female, their colors shine even more intensely. 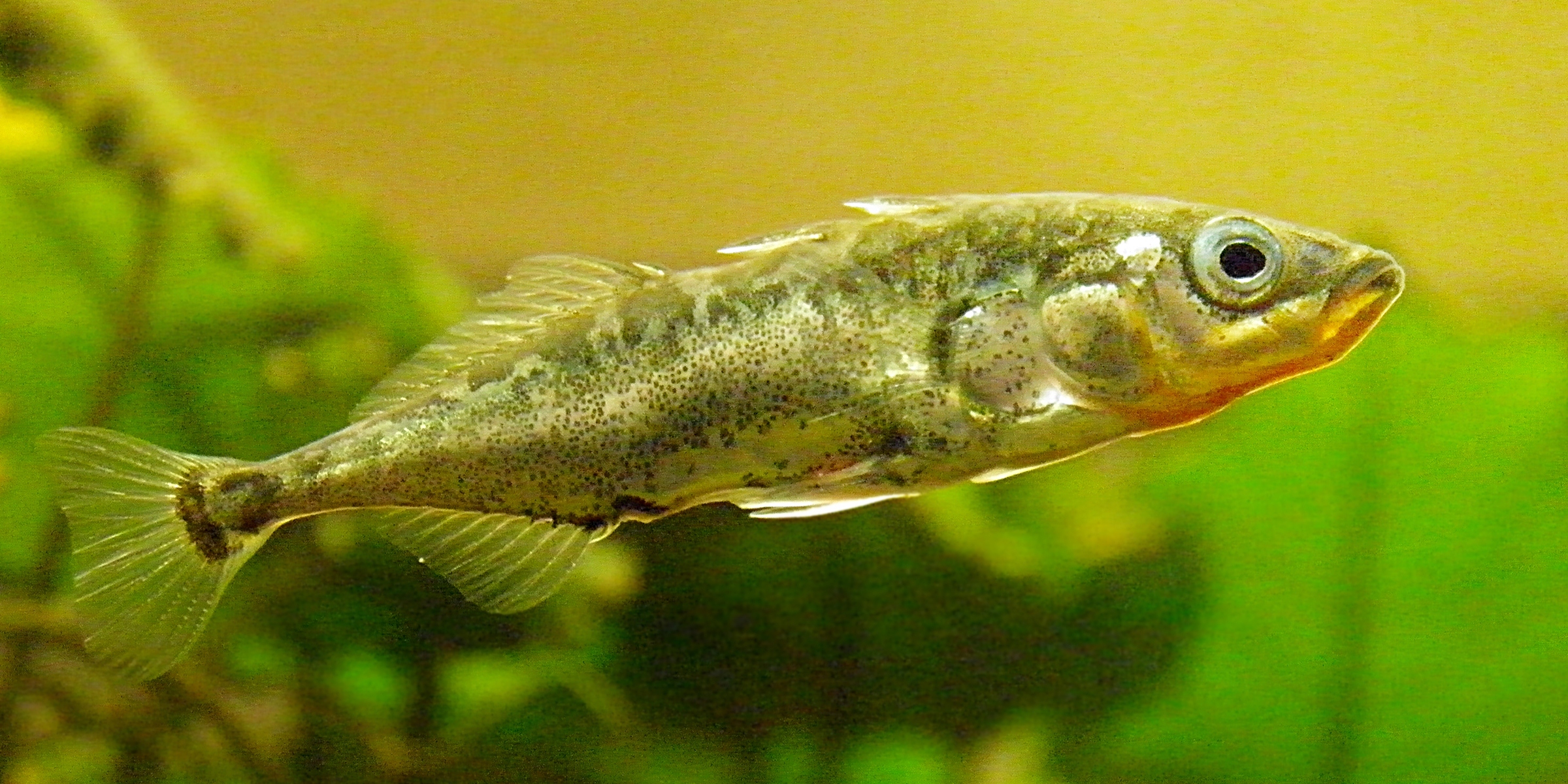 Where do sticklebacks live?

The three-spined stickleback lives throughout the northern hemisphere; from North America to Europe to Asia. Many things are different with sticklebacks: while the other fish usually feel at home in either salt or fresh water, sticklebacks live on sea coasts as well as in rivers and lakes.

What types of stickleback are there?

How old do sticklebacks get?

Sticklebacks are about 3 years old.

How do sticklebacks live?

Sticklebacks are not particularly demanding: they sometimes frolic in waters that are not very clean. In some years, they can be found on the coast in huge swarms with millions of animals. In fresh water, they particularly like slow-flowing rivers and lakes in which many aquatic plants grow. There, their young can hide well from hungry enemies.

All sticklebacks originally come from the sea. In spring, when the water warms up and the days get longer again, sticklebacks, which live on the coasts, embark on a long migration. They swim to the estuaries and then all the way upstream to the places where they breed. In late summer they swim back to the sea. Sticklebacks that live in fresh water save themselves this tedious migration: they stay in the same lake or river all year round.

Friends and foes of the stickleback

Sometimes sticklebacks are eaten by eels or pike – but they don’t have that many enemies. They owe this to their sharp, hard spines, which they can erect and fix. Hardly any fish dares to lay hands on these pricking monsters.

How do sticklebacks reproduce? 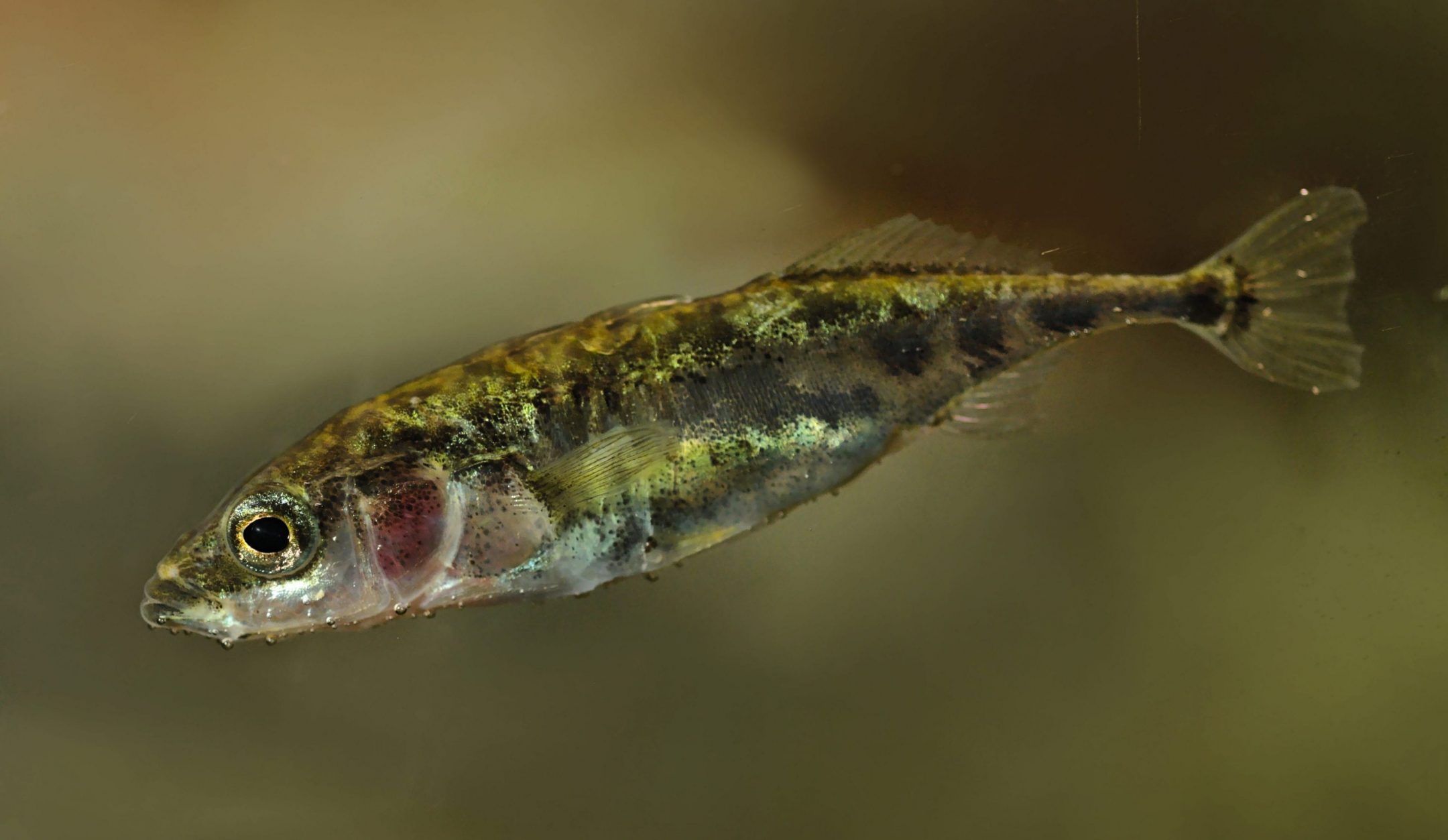 When the males are brightly colored in spring and the females are ready to lay their eggs, the stickleback mating ritual begins. And once again something is different with sticklebacks than with other fish: building the nest and raising the young is a man’s job! The stickleback fathers dig a pit on the sandy ground with their pectoral fins. Then they build a nest out of aquatic plants, which they glue firmly with a liquid from the kidneys.

As soon as the male stickleback sees a female whose stomach is full of eggs, he begins his dance: he swims back and forth in zigzags – a signal that no female can resist. It swims towards the male, who now returns to the nest at lightning speed – the female always behind.

When the male stickleback pokes his head into the nest entrance, it signals the female to swim into the nest. Now the stickleback drums its snout against the female’s stomach – and the laying of eggs begins. When gradually several females have laid up to 1000 eggs in the nest, they are all driven out by the male.

So that the eggs can develop well, the male repeatedly fans fresh, oxygen-rich water through the nest with his pectoral fins. The young finally hatch after six to ten days. But even then, the stickleback father still takes good care of his offspring: In case of danger, he will take the little ones in his mouth and bring them back to the nest until they are big enough to survive on their own in the shelter of the aquatic plants.