Snakes are fascinating and scary at the same time. Although they have no legs, their long, slender bodies allow them to move at lightning speed.

Snakes belong to the class of reptiles and are there to the order of scaled reptiles. In this, they form the subordination of the serpents. They are an ancient group of animals descended from lizard-like ancestors. What they all have in common is that their bodies are very long and their front and rear legs are backward.

The smallest snake is only ten centimeters long, the largest, such as a Burmese python, six to eight meters, and the anaconda in South America even reaches nine meters in length. Despite the uniform physique, snakes look very different: Some are rather short and fat, others very thin, their body cross-section can be round, triangular, or oval. The number of their vertebrae also varies depending on the species, ranging from 200 to about 435 vertebrae.

Common to all snakes are the scaly skin, which consists of horn-like scales. It protects them from the sun and dehydration. The scale dress is colored differently depending on the species and has different patterns. Because the scales cannot grow as the animals get bigger, snakes have to shed their skin from time to time. They rub their snouts on a rock or branch, tearing the old skin.

Then they shed the old skin covering and the new, larger one appears underneath. This old scale dress is also called a snake shirt. Snakes don’t have eyelids. Rather, the eyes are covered by a transparent scale. But snakes can’t see very well. On the other hand, their sense of smell is very well developed. With their forked tongues, snakes perceive very fine scent traces. 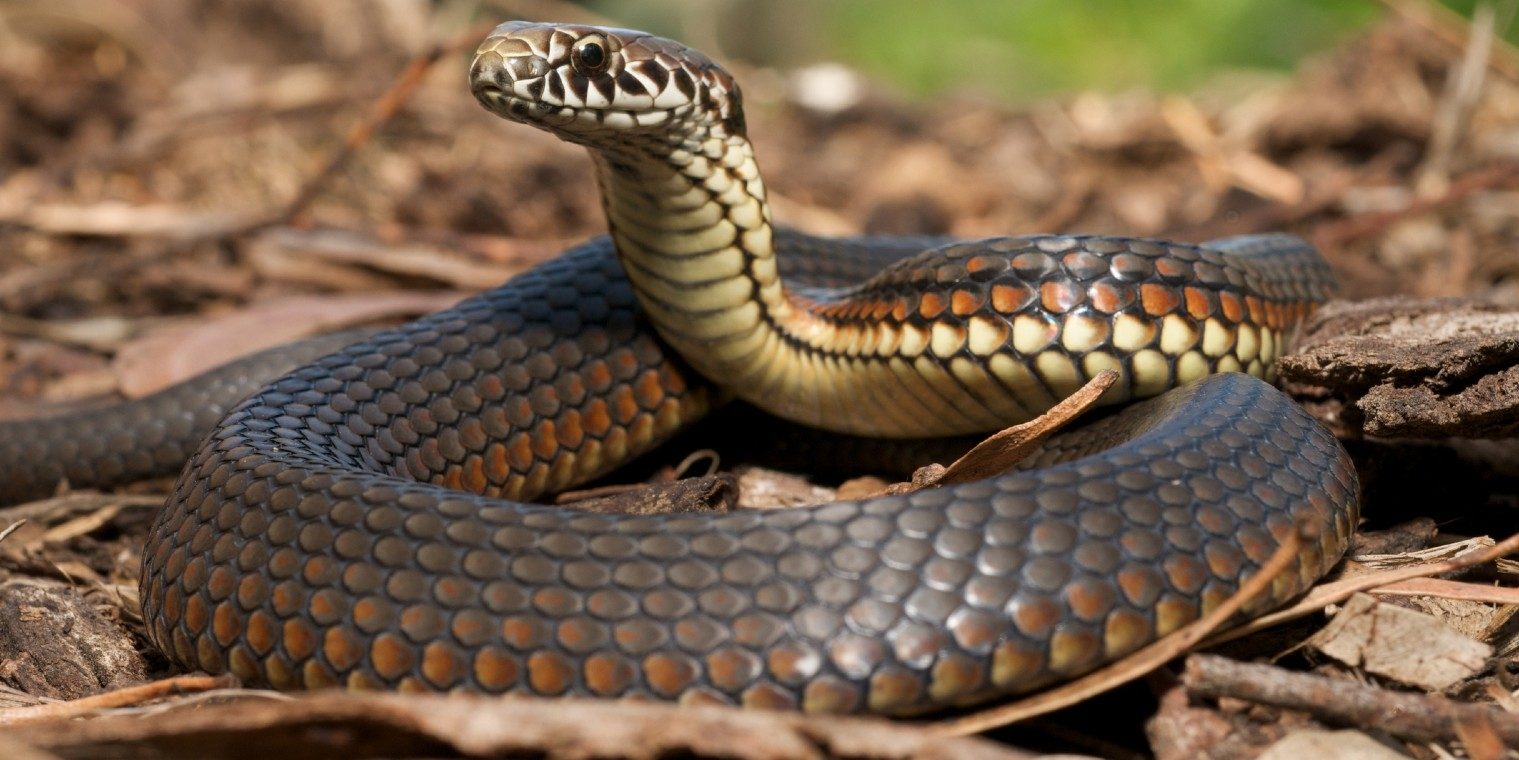 The teeth in the snake’s mouth are not used for chewing, but for holding the prey. Poisonous snakes also have special fangs that are connected to the venom glands. If a snake loses a tooth, it is replaced with a new one.

Where do snakes live?

Snakes are found almost everywhere in the world except in very cold regions like the Arctic, Antarctica, and areas like parts of Siberia or Alaska where the ground is frozen year-round. There are only a few snakes in Germany: the grass snake, the smooth snake, the dice snake, and the Aesculapian snake. The only native poisonous snake in Germany is the adder.

Snakes inhabit a wide variety of habitats: From deserts to jungles to farmland, fields, and lakes. They live on the ground as well as in burrows or high up in trees. Some even live in the sea.

What types of snakes are there?

There are about 3000 species of snakes around the world. They are divided into three major groups: constrictors, vipers, and vipers.

How do snakes live?

Snakes are almost exclusively solitary creatures. Depending on the species, they are active at different times – some during the day, others at night. Thanks to their excellent sensory organs, snakes always know exactly what is going on around them. They perceive scents through their nose and with the help of their forked tongue. 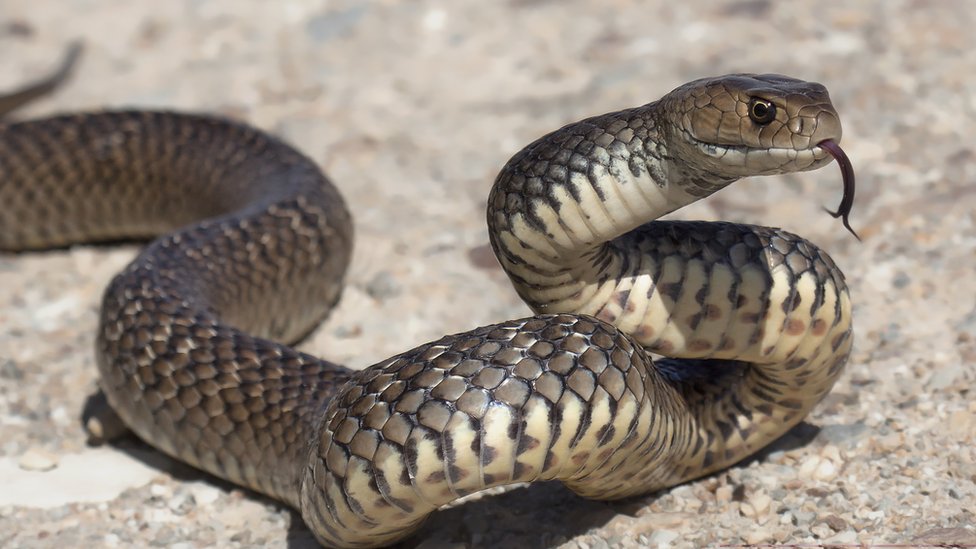 They then touch the so-called Jacobson’s organ in their mouths with their tongues, with which they can analyze the scents. This allows them to track down and track prey. Some snakes, such as the pit viper, can even perceive infrared rays, i.e. heat rays, with the help of their pit organ. So they don’t have to see their prey, they can feel it. Boa constrictors have a similar organ.

Snakes have poor hearing. However, they are able to perceive ground vibrations with the help of their inner ear. Snakes are excellent at crawling. They wriggle across the ground, but also high up in treetops and can even swim.

In temperate regions, they usually spend the winter in hiding in a cold torpor. Most people are afraid of snakes. But snakes only bite when they feel threatened. And they usually warn beforehand – after all, they don’t want to waste their poison: The cobra, for example, raises its neck shield and hisses, the rattlesnake rattles the rattle at the end of its tail.

However, whenever possible, snakes will flee if a human or animal attacker gets too close. If you are bitten by a snake, a so-called antiserum, which was obtained from the snake venom, can help.