The grass snake is our most common native snake. The reptile with the two typical crescent-shaped bright spots behind its head is completely harmless to humans.

Grass snakes belong to the snake family and are therefore reptiles. The males grow up to a meter long. The females reach a length of up to 130 centimeters, some even up to two meters, and they are also much thicker than the males. Grass snakes are colored in very different ways: Their bodies can be reddish-brown, slate gray, or olive and have dark vertical stripes or spots. From time to time there are also completely black animals.

The belly is white-grey to yellowish and spotted. The typical feature is two yellowish to white crescent-shaped spots behind the head. The head itself is almost black. As with all snakes, the pupils of the eyes are round. Like all reptiles, grass snakes need to shed their skin regularly in order to be able to grow.

Where do grass snakes live? 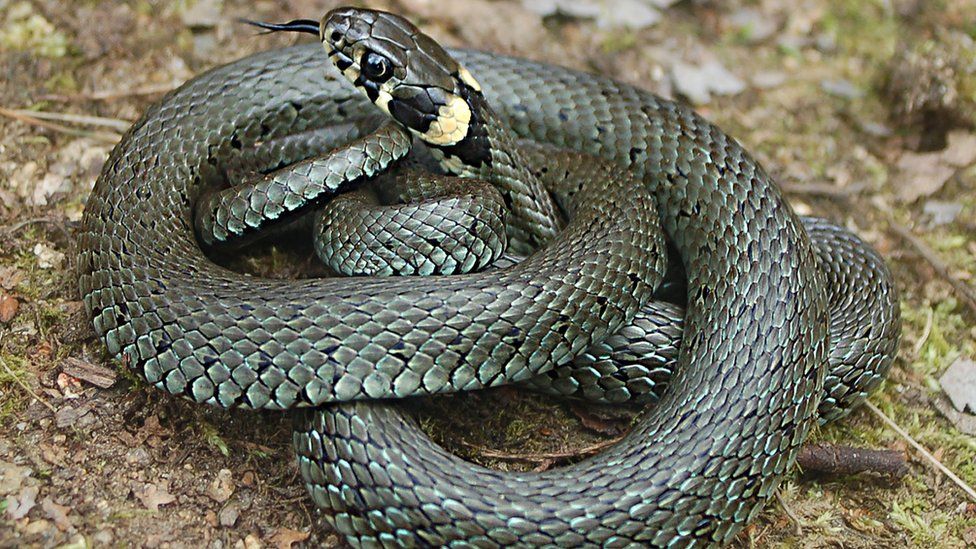 Grass snakes have a very large distribution area. They are found throughout Europe, North Africa, and western Asia. There they occur from the lowlands up to an altitude of 2000 meters. In very cool areas of Scandinavia and Ireland, however, they are absent.

Grass snakes like water: they live in ponds, ponds, on damp meadows, and in slow-flowing waters. However, the waters must be surrounded by lush plants so that the snakes can hide. Old trees are also important, in whose large roots the grass snake finds small cavities for laying eggs and for overwintering.

What types of grass snakes are there?

Because grass snakes have such a large distribution area, there are also several subspecies. They differ primarily in color and size.

The common grass snake lives east of the Elbe and as far as Scandinavia and western Russia. The barred grass snake is found in western Europe and northern Italy. The Spanish grass snake can be found in the Iberian Peninsula and Northwest Africa, the striped grass snake in the Balkans to Asia Minor, and the Caspian Sea. The Russian grass snake lives in Russia, the Sicilian in Sicily. There are other subspecies on the islands of Corsica and Sardinia and some Greek islands.

How old do grass snakes get?

How do grass snakes live?

Grass snakes are non-venomous and harmless to humans. They are mostly active during the day. Because they are cold-blooded, their body temperature is not always the same but depends on the temperature of the environment. They, therefore, start the day by sunbathing to warm up. In the evening they crawl into a hiding place where they spend the night.

Grass snakes can swim and dive very well. When swimming, they lift their heads slightly out of the water. Grass snakes are very shy animals. When disturbed, they behave very differently. Sometimes they stop moving and remain very still.

Most of the time, however, they flee by gliding quickly and silently into the water or looking for a hiding place between stones, bushes, or tree trunks. If they feel threatened and cannot flee, grass snakes will attack. They lie curled up on the floor and form an “S” with their necks. 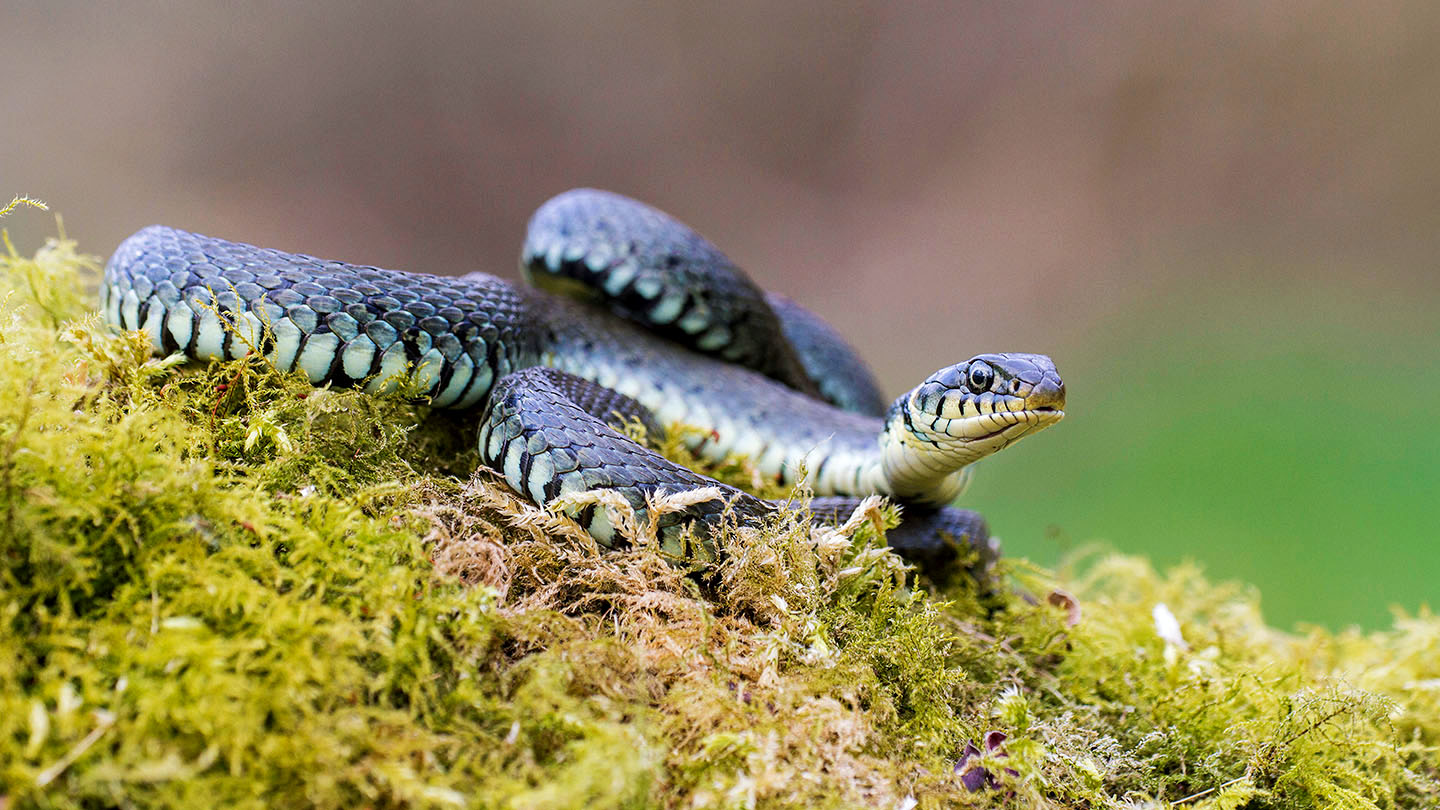 Then they head hissing towards the attacker. However, they do not bite but are only threatened. However, grass snakes can also erect their front body like cobra. They also hiss and bang their heads in the direction of the attacker. Another reaction to a threatening situation is to play dead: they roll over on their backs, go limp and let their tongues hang out of their mouths. They also often release a foul-smelling liquid from the cloaca.

Grass snakes spend the winter in small groups in a hiding place that protects them from the cold. This can be a large rootstock, a pile of leaves or compost, or a hole in the ground. You are then in what is known as hibernation. They don’t come out of hiding until April when it’s warm enough for them.

Friends and foes of the grass snake

Birds of prey, gray herons, foxes, weasels, but also cats can be dangerous to grass snakes. Especially the young grass snakes have many enemies. However, the snakes try to protect themselves by secreting a foul-smelling liquid when attacked.

How do grass snakes reproduce?

Grass snakes mate in the spring after the first molt. Sometimes up to 60 animals gather in one place. The males are always in the majority. Eggs are laid from July to August in a warm place such as a compost heap or old tree stump, with a female laying between 10 and 40 eggs. The young grass snakes hatch in early autumn. They are only twelve centimeters long and weigh just three grams. The baby snakes initially stay together in their clutch and spend the winter there. They become sexually mature at around four years of age.