Protected by a shell, the reptiles paddle elegantly through the seas without getting lost. The females always find their way back to where they were born.

Sea turtles belong to the Cheloniidae family. Scientists group them in the superfamily Chelonoidea along with the leatherback turtle, which forms a family of its own. This includes all turtles that live in the sea. Sea turtles evolved from tortoises (Testustinidae) around 200 million years ago and are very different from them.

Sea turtles have a very typical body: their shell is not hemispherical but flattened in a streamlined manner. Depending on the species, it is on average 60 to 140 centimeters long. In addition, it is not completely ossified, i.e. not as hard as in tortoises. Their front and back legs have been modified into fin-like paddles. With them, the animals can swim so well that they can reach speeds of up to 25 kilometers per hour.

Due to the change in body shape, however, they can no longer fully retract their head and limbs into their shell to protect themselves from enemies.

Where do sea turtles live? 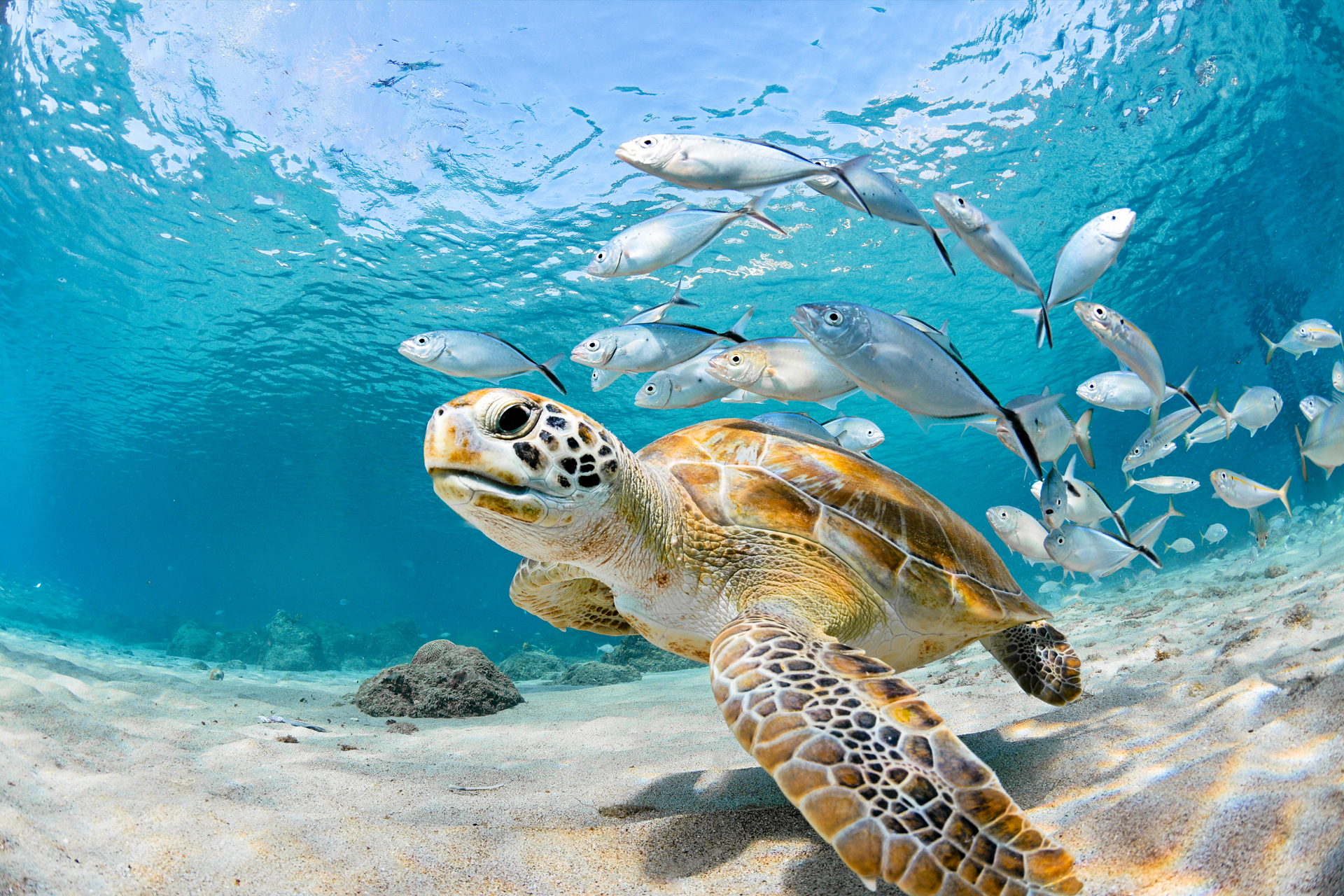 Sea turtles inhabit tropical and subtropical seas around the world, where the water temperature never drops below 20 degrees Celsius. Sea turtles live exclusively in seawater. They can be found on the high seas, but also near the shore. Only the females come ashore once a year to lay their eggs there.

What types of sea turtles are there?

How old do sea turtles get?

How do sea turtles live?

Sea turtles are very good swimmers. The front legs serve as paddles that propel them forward, the hind legs as rudders. Salt glands on the head ensure that the animals can excrete the salt that they have absorbed with the seawater. This is how they regulate the salt content of their blood.

Sea turtles don’t have gills, they have lungs. So you have to keep coming up to the surface to breathe. But they have adapted so well to life in the sea that they can dive for up to five hours without taking a breath. This is possible because their metabolism slows down so much when they dive and their heartbeats very infrequently, so they use less oxygen.

Sea turtles are vagabonds. They do not stay in a specific area of ​​the sea but cover up to 100 kilometers per day. They follow the sea currents. However, they also use the earth’s magnetic field and perhaps also sunlight for orientation. Exactly how this works is not yet known. The females always swim to the beach where they hatched to lay their eggs, even if they have to travel thousands of kilometers.

The females from a beach will arrive within a few nights, so all the eggs will be laid within a few days and the young will later hatch at the same time.

Friends and foes of sea turtles 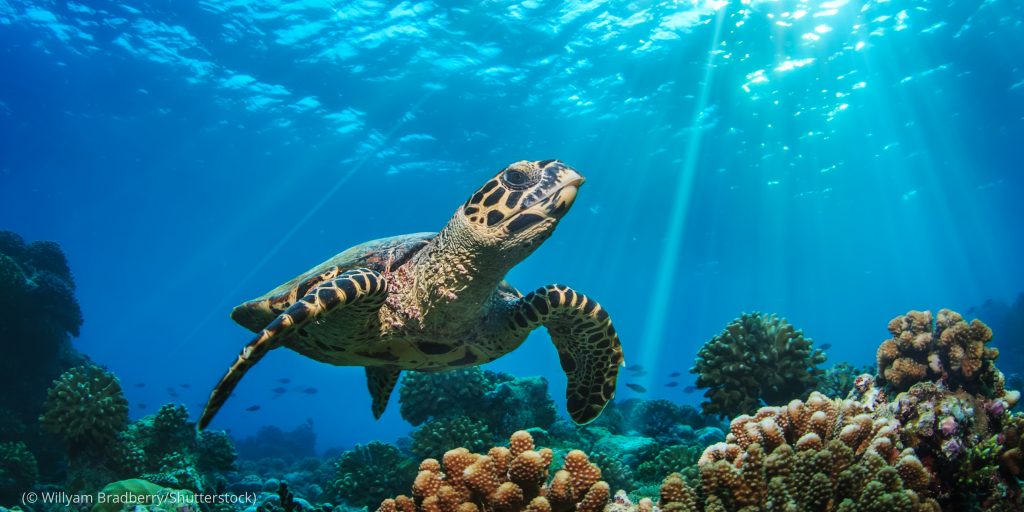 Especially the newly hatched baby turtles have many enemies. The eggs are often plundered by nest robbers. Many young fall prey to hungry birds such as gulls and ravens on their way from the beach to the sea. But hungry enemies such as crabs and predatory fish are also waiting in the sea. On average, only 1 in 1000 turtles live to the reproductive age of 20 to 30 years. Adult sea turtles are only threatened by sharks or schools of predatory fish – and by humans, who hunt them for their meat and shells.

How do sea turtles reproduce?

Sea turtles mate in the sea. Then the females swim to the beach where they hatched. Under the cover of night, they crawl onto the beach, dig a 30 to 50 centimeter deep pit in the sand, lay around 100 eggs in it, and shovel the pit back up. The size and appearance of the eggs are reminiscent of a ping-pong ball. On average, a female lays four clutches. Then it crawls back into the sea.

The eggs must always be laid on land because the babies developing inside the eggs don’t have gills but lungs and need to breathe air. If the eggs floating in the water, the little ones would drown.

The moon shows them the way: Its light is reflected on the sea surface, which then shines brightly. The turtle babies instinctively migrate towards this bright area.