The mighty Nile monitor is reminiscent of a long-extinct lizard. With its pattern, it is one of the most beautiful, but also most aggressive representatives of the monitor lizards.

Nile monitors belong to the monitor lizard family and are therefore reptiles. Their ancestors lived on earth about 180 million years ago. Their body is covered with small scales, they are greenish-black in color and have a pattern of yellowish spots and horizontal stripes. The belly is yellowish with black spots. Juveniles have bright yellow markings on a dark background. However, the Nile monitor lizards fade in color as they get older.

Nile monitors are very large lizards: Their body is 60 to 80 centimeters long, with their powerful tail they measure up to two meters in total. Their head is slim and narrower than the body, the nostrils are about halfway between the tip of the snout and the eyes, and the neck is relatively long.

Nile monitors have four short, strong legs with sharp claws at the ends. Many reptiles have their teeth replaced with new ones throughout their lives; the Nile monitor is different. His teeth do not always grow back, but change over the course of his life. In young animals, the teeth are slender and pointed. They become wider and blunter with increasing age and transform into real molars. Some old monitor lizards have gaps in their teeth because old teeth that have fallen out are no longer replaced.

Where do Nile monitors live? 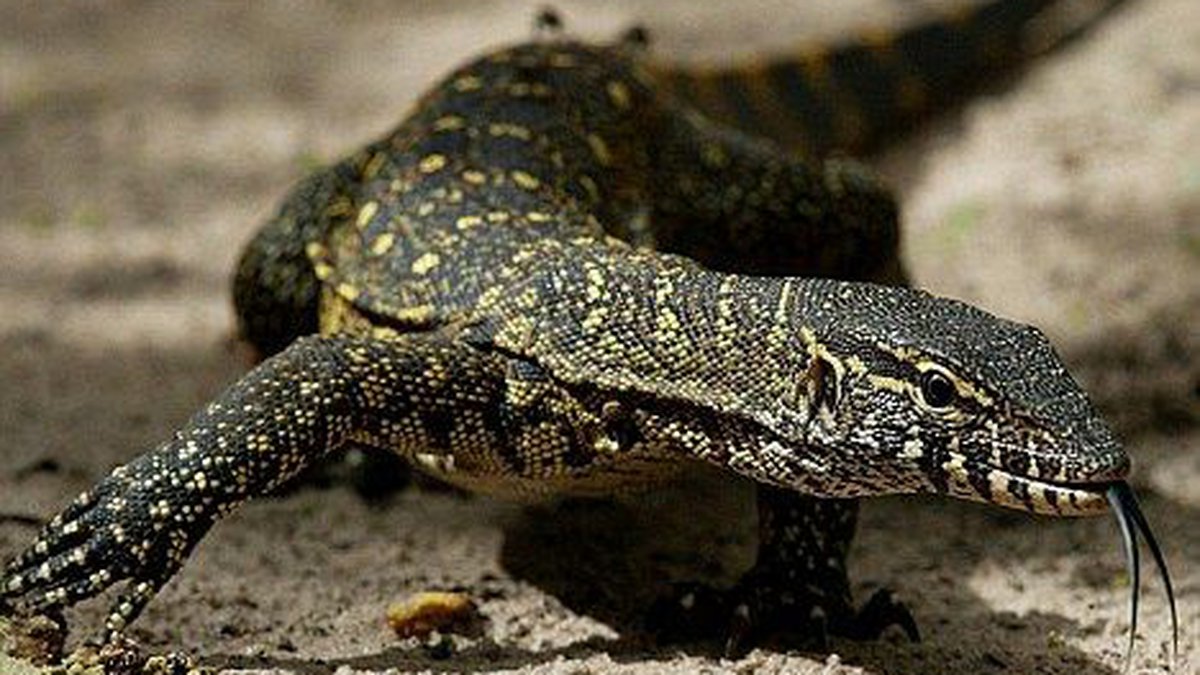 Nile monitors live in sub-Saharan Africa from Egypt to South Africa. Other monitor lizards live in the tropical and subtropical regions of Africa, Asia, Australia, and Oceania. Nile monitors are among the monitors that are like a wetter habitat. They are therefore usually found near rivers or ponds in light forests and savannas or directly on the steep banks of the water.

Which Nile monitor species are there?

There are two subspecies of the Nile monitor: Varanus niloticus niloticus is less clearly marked in yellow, Varanus niloticus ornatus is much more strongly colored. It occurs in the southern part of Africa. Today there are a total of 47 different monitor lizard species from Africa to South and Southeast Asia to Australia. Among the largest in the Southeast Asian Komodo dragon, which is said to be up to three meters long and 150 kilograms in weight. Other well-known species are the water monitor, the steppe monitor or the emerald monitor that lives almost exclusively on trees.

How old do Nile monitors get?

Nile monitors can live up to 15 years.

How do Nile monitors live?

The Nile monitors got their name from the Nile, the huge African river in north-eastern Africa. The animals are active during the day – but only when they have warmed up in the sun do they really wake up. Nile monitors mainly stay near waterholes. That is why they are sometimes also called water iguanas. On the banks of the water, they create burrows several meters long.

Nile monitors live on the ground, they can run fast. Sometimes they also climb trees and on top of that, they are good and elegant swimmers and can stay underwater for up to an hour without taking a breath. When threatened, they flee to lakes and rivers. Nile monitors are solitary, but in good places with plenty of food, several different monitor species sometimes live together.

Nile monitors have an impressive display behavior: When threatened, they inflate their bodies so that they appear larger. They also hiss with their mouths open – all this looks quite threatening for such a large animal. Their best weapon, however, is their tail: they can use it to strike powerfully like a whip. And their bites can also be very painful, much more painful than those of other monitor lizards.

In general, when encountering Nile monitors, respect is called for: They are considered the most active and aggressive members of their family.

Friends and foes of Nile monitors 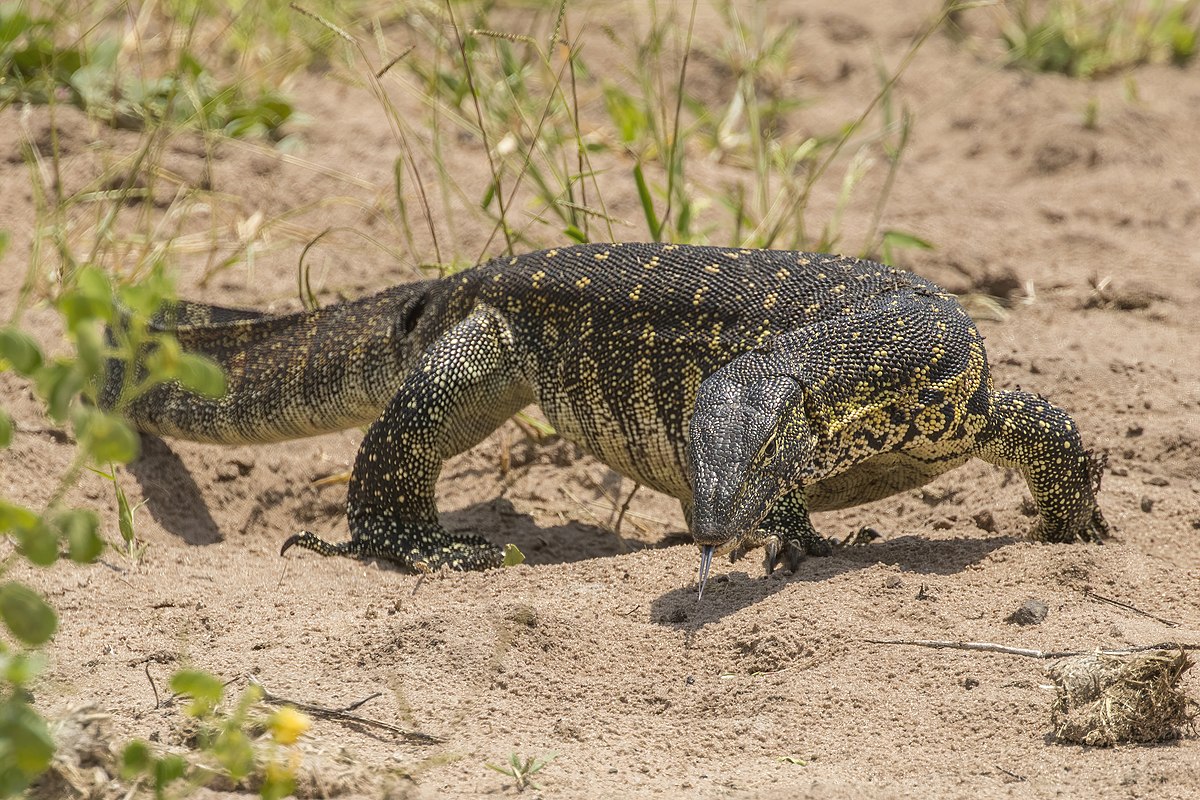 Above all, humans are a threat to monitor lizards. For example, the skin of the Nile monitor is processed into leather; therefore many of these animals are hunted. As natural enemies, monitor lizards only have to fear large predators, birds of prey or crocodiles.

How do Nile monitors reproduce?

Like all reptiles, monitor lizards lay eggs. Female Nile monitors lay 10 to 60 eggs in termite mounds. This usually happens during the rainy season, when the walls of the burrows are softer and the females can break them open more easily with their sharp claws. The hole in which they lay their eggs is then closed again by the termites. The eggs lie warm and protected in the termite mound because they only develop when the temperature is 27 to 31°C.

After four to ten months, the young hatch and dig out of the termite mound. Their pattern and coloring ensure that they are hardly noticeable. At first, they live well hidden in trees and bushes. When they are about 50 centimeters long, they switch to live on the ground and forage there.

How do Nile monitors communicate?

Nile monitors can hiss and hiss.