If we see large flocks of crows in winter, they are certainly rooks: they come from their breeding grounds in the north and east to spend the winter with their relatives.

Rooks belong to the corvid family and are therefore part of the songbird family – even if their rough, raspy voices don’t sound like it at all. They are about 46 centimeters tall and weigh 360 to 670 grams. Their feathers are black and iridescent blue.

Their most important feature is their beak, by which they can be easily distinguished from other crows – especially the very similar carrion crows: It is quite tall and straight, and the base of its beak is whitish and unfeathered. Rooks’ legs are feathered – that’s why they often appear much chubby and larger than they really are.

Male and female rooks look alike. Young rooks are not as brightly colored, but rather smoky black, and the root of their beak is still dark.

Where do rooks live? 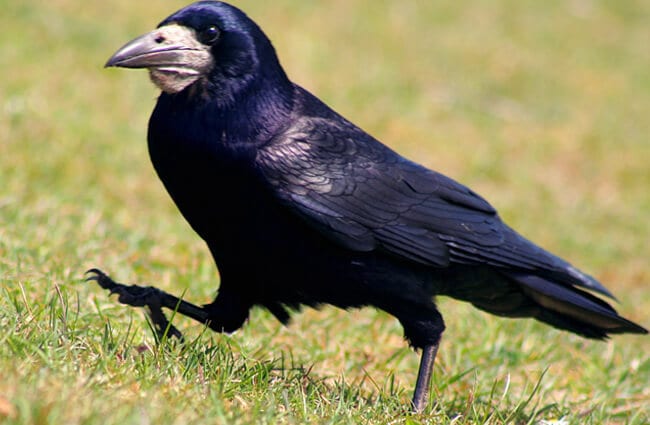 Rooks are found in Europe from England and southern Scandinavia to northern Italy and northern Greece. Furthest west they live in northwest France and northwest Spain, furthest east in Russia and Central Asia. Even further east lives a subspecies of the rook (Corvus frugilegus fascinator).

In the meantime, however, rooks have become real globetrotters: they were settled in New Zealand and have settled in well there. Originally, the rooks lived in the forest steppes of Eastern Europe and Asia.

Today, however, they have adapted well to the cultural landscape created by us humans and, in addition to forest edges and clearings, they also inhabit parks, grain fields, and residential areas. Rooks only live in areas up to 500 meters above sea level. They are not found in mountains.

What types of rooks are there?

The rook has some close relatives with us. These include the carrion crow (Corvus corone corone); we also have the big ravens and the rather small and dainty jackdaws. The choughs and alpine choughs live in the Alps.

How old do rooks get?

How do rooks live?

Autumn is the time for rooks here: From September or October, they descend in huge swarms to spend the winter here. It is mostly rooked from northern and eastern Europe that migrate west and south after the breeding season to escape the severe winter in their homeland. They often team up with our native rooks and form large swarms. They don’t return to their breeding grounds until the following spring.

Unlike these animals, our native rooks do not migrate in winter. They stay here all year round and raise young once a year. At night, rooks form large colonies and spend the night together – if they are not disturbed there – always in the same roosts. In such a flock, up to 100,000 birds can gather night after night. Jackdaws and carrion crows often join them.

It is really impressive when such a huge swarm meets at the gathering point in the evening and then flies together to the sleeping place. In the morning they leave their night quarters to search for food in the surrounding area. Life in a swarm or in a colony has many advantages for the rooks: they exchange information about good feeding grounds and together they are better able to assert themselves against gulls or birds of prey that compete with them for their food.

In the swarm, the rooks also get to know their partner, and the young animals are better protected from enemies. Rooks do not raid other birds’ nests. The carrion crows, which are closely related to them, do this from time to time. 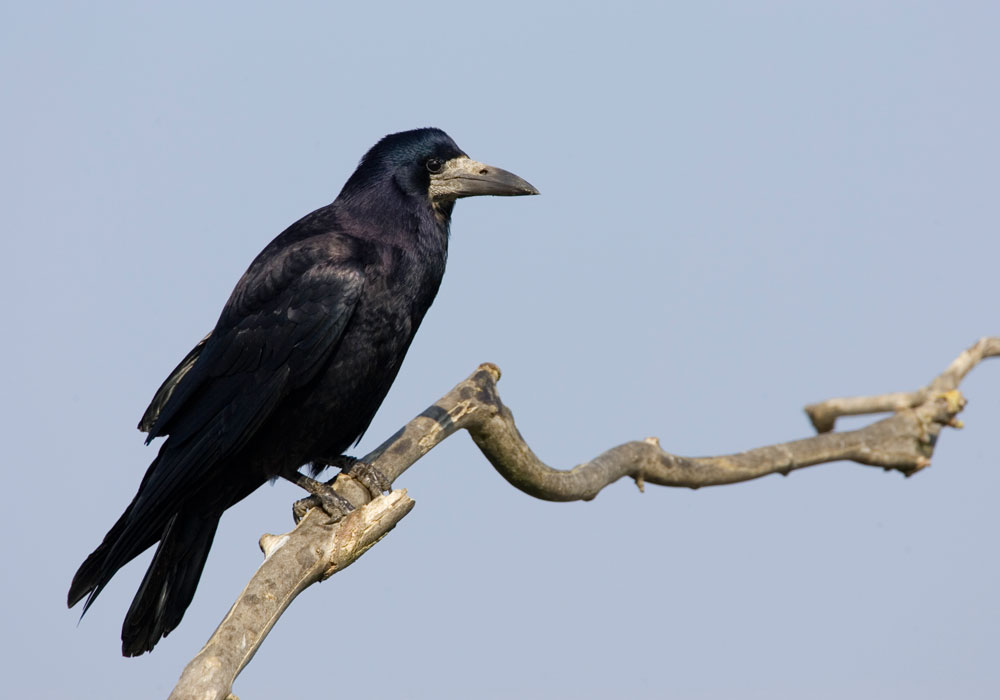 Friends and foes of the rook

One of the biggest enemies of rooks is humans. The rooks were mistaken for vermin and persecuted. And because they live in flocks, it was also easy to shoot large numbers of the beautiful birds at once. It was only after 1986 that we were forbidden to hunt rooks.

How do rooks reproduce?

Pairs of rooks are very loyal and stay together for life. The partners crawl and feed each other and groom each other’s plumage. They are also sociable when breeding: often up to 100 pairs breed together high up in the trees, usually at a height of over 15 meters.

From February onwards, the pairs begin their courtship games. Males and females build the nest together, but there is a division of labor: the male brings the nesting material, the female builds the nest from it.