The red kite is one of the best-known birds of prey. It used to be called a fork harrier because it has a deeply forked tail.

The red kite is an elegant bird of prey: Its wings are long, its plumage is rust-colored, the wingtips are blackish, and the wing-undersides in the front part are light.

The head is light gray or off-white. Red kites are 60 to 66 centimeters long. Their wingspan is between 175 and 195 centimeters. Males weigh between 0.7 and 1.3 kilograms, females around 0.9 to 1.6 kilograms. Their forked tail and wings, which are often angled in flight, make them easy to spot, even from a great distance.

Where do red kites live?

The home of the red kite is mainly Central Europe. But it also occurs in Great Britain and from France to Spain and North Africa, as well as in Scandinavia and Eastern Europe. Most of the kites live in Germany; here especially in Saxony-Anhalt.

The red kite lives mainly in landscapes with forests, on the edges of forests near fields, and on the outskirts of settlements. He prefers areas that are close to a body of water. Sometimes red kites even appear in big cities today. The beautiful birds of prey avoid mountains and low mountain ranges.

What species of red kite is there? 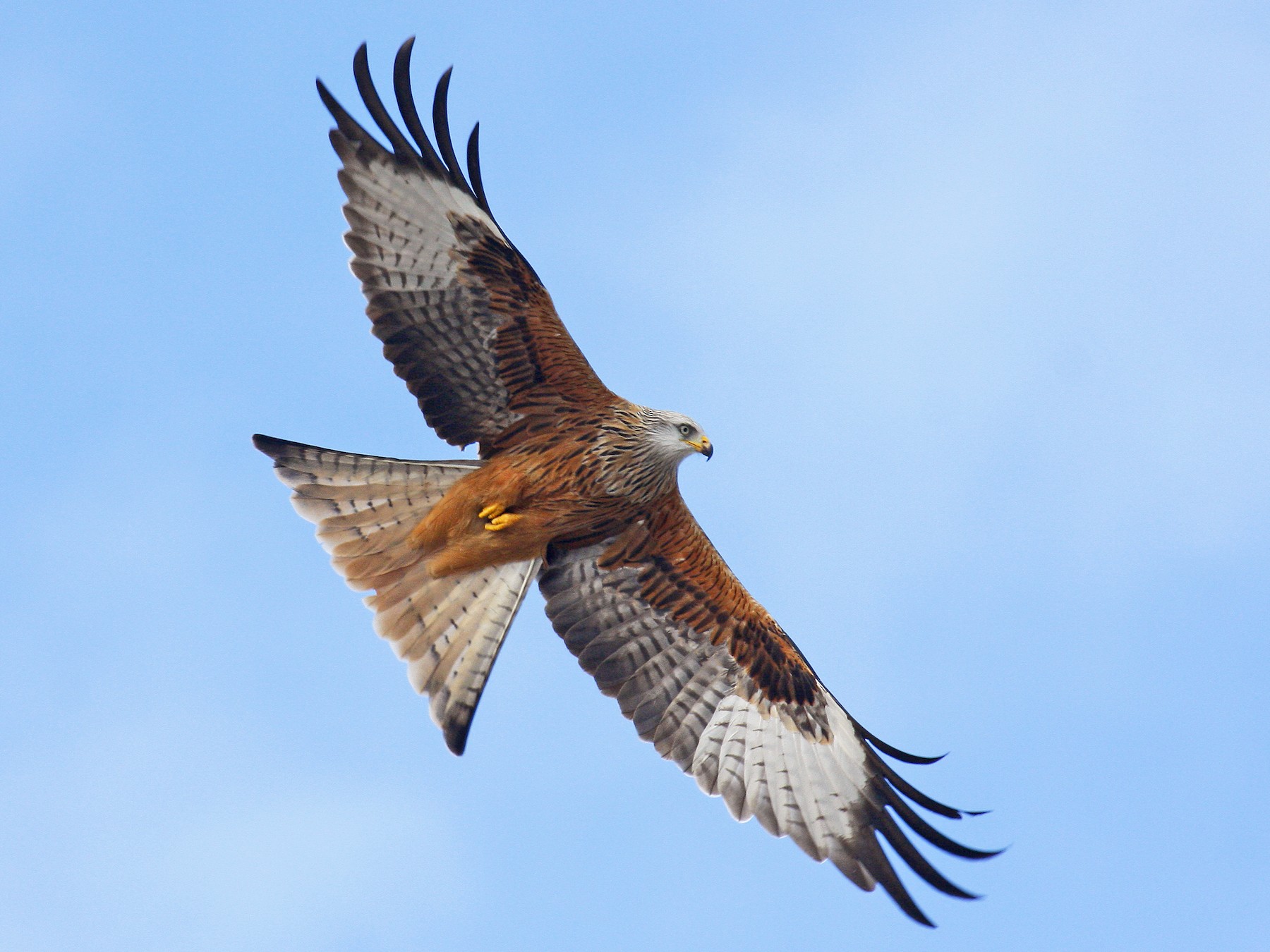 The black kite is closely related to the red kite. It lives in the same distribution area as the red kite but also occurs in southern Africa and from Asia to northern Australia. He always lives near the water with us, in the tropics also in towns and villages.

Both species can be easily distinguished from each other: the red kite has a much more striking pattern, has a longer tail, and has larger wings than the black kite. In addition to these two species, there is also the snail kite in America, the brahmin kite, the Egyptian parasitic kite, and the Siberian black kite.

How old do red kites get?

Red kites are believed to live up to 25 years. One bird even lived to 33 years in captivity. Other sources report a red kite that is said to have reached the age of 38.

How do red kites live?

Originally, red kites are migratory birds that migrate to warmer areas in the Mediterranean region in winter. For about 50 years, however, more and more animals have also stayed with us in the cold season because they find food here more easily – for example leftovers that they look for in garbage dumps. While they live in pairs in summer, in winter they often form larger groups that spend the night together at so-called hibernation sites.

Red Kites are skilled fliers. They glide through the air with slow wing beats. They often swing and twist their tails, which they use as a rudder. Red kites travel distances of up to twelve kilometers when looking for prey. They have unusually large territories of 2000 to 3000 hectares over which they circle on their hunting flights.

Friends and foes of the red kite

Because Red Kites are such skilled fliers, they have few natural predators.

How do Red Kites reproduce?

Red kites build their nests high up in deciduous and coniferous trees. Mostly they build themselves, but sometimes they also move into nests of other birds, for example, buzzard or crow nests.

When it comes to the interior, they are not choosy, the nest is lined with everything they can get their hands on: from plastic bags, scraps of fabric, paper, and leftover fur to straw, everything is used. This is not without danger: sometimes the young get entangled in cords or fibers, cannot free themselves, and then die. Before mating, red kites perform particularly beautiful courtship flights: first, they circle at high altitude, then they dive down onto the nest.

Red kites usually breed around the beginning of May. The female lays two to three eggs, rarely more. Each egg weighs about 60 grams and is 45 to 56 millimeters in size. The eggs can be very different colored. Dotted from white to reddish to brown-violet. Both males and females breed alternately.

The young hatch after 28 to 32 days. They stay in the nest for 45 to 50 days. In the first two weeks, the male usually brings the food while the female guards the young, after which the little ones are fed by both parents. After the time in the nest, the young remain on branches near the nest for about one to two weeks before they can fully fledge. If they don’t stay with us, they then move together to their winter quarters in the south.

How does the red kite hunt? 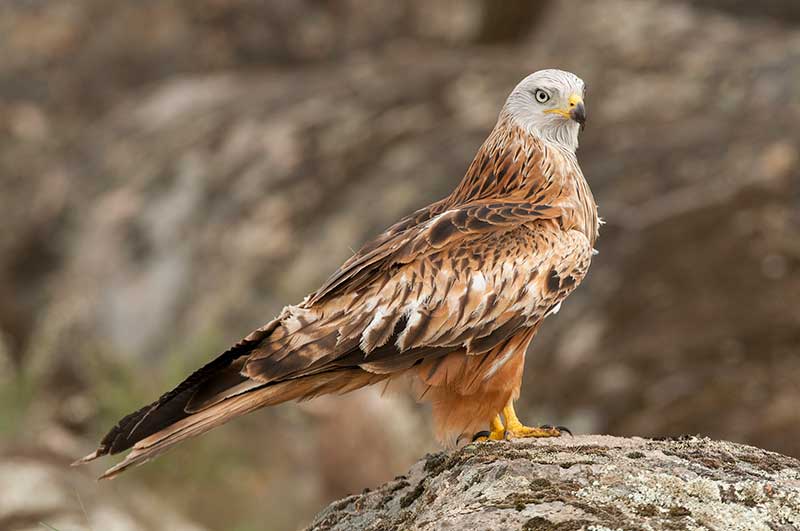 Red kites are good hunters. They kill larger prey with a violent blow to the head with their beak.

How do red kites communicate?

What Do Red Kites Eat?

Red kites have a varied diet: This includes many small mammals from mice to hamsters, but also birds, fish, reptiles and frogs, earthworms, insects, and carrion. Sometimes they also hunt the prey from other birds of prey.

Red kites are sometimes kept in falconries and trained to hunt.