Its name already reveals its most important feature: This tropical frog has bright red googly eyes.

The flanks are light yellow with light blue stripes, the belly is white and the feet are orange-red. The large, protruding eyes have a bright red iris and a vertical, black pupil. Your body is slim. The males are up to five and a half centimeters long, the females up to seven. Their legs are extremely long in relation to their body size. Younger animals in particular therefore seem to move somewhat awkwardly. But older animals are also rather slow and sluggish.

Where do red-eyed tree frogs live? 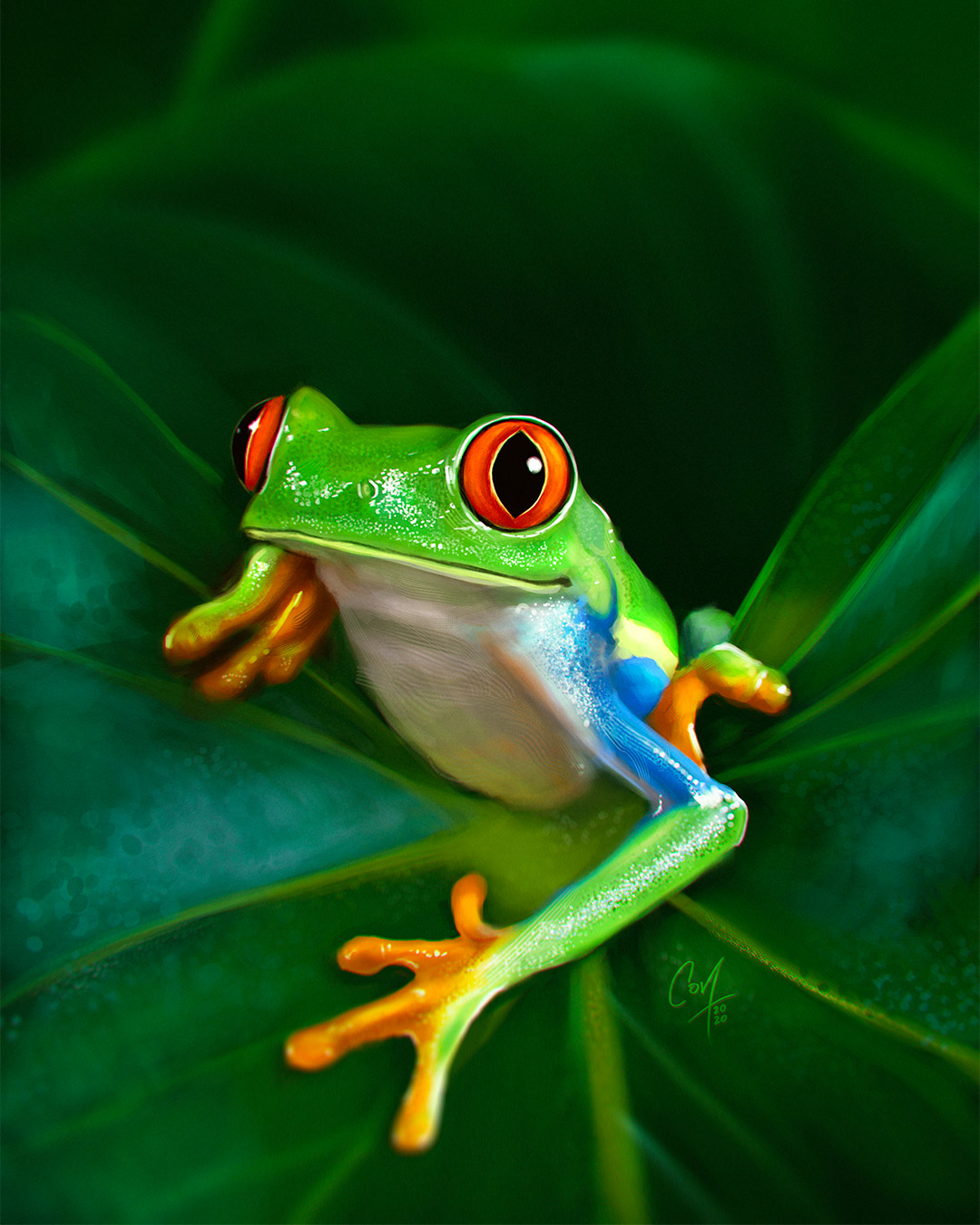 What types of red-eyed tree frogs are there?

How old do red-eyed tree frogs get?

Red-eyed tree frogs can live for five to eight years. On average, they live to be six years old.

How do red-eyed tree frogs live?

The Latin name of the red-eyed tree frog means “brightly beautiful tree nymph”. He alludes to the frog’s striking, pretty coloring. The bright color is meant to warn other animals. Because with it, the colorful hoppers show unmistakably: Caution, we are poisonous! The frogs’ skin contains a poison intended to deter attackers. However, the poison is not dangerous for humans. Red-eyed tree frogs are perfectly adapted to life high up in the treetops.

Because they can form a prehensile hand with their thumbs and fingers, they can hold onto twigs and branches firmly. They spend the day on the underside of leaves. There they huddle together so that nothing of their colorful coloring can be seen. During the day they are simply green and therefore well camouflaged. The red-eyed tree frogs only become active at night. When it gets dark, they go in search of food. They lurk for their prey. As soon as an insect approaches their mouth, they jump at their prey in a flash and swallow it.

Despite the venom in their skin, red-eyed tree frogs are eaten by some animals that are immune to this venom. These include some birds, bats, and snakes.

How do red-eyed tree frogs reproduce?

In their natural habitat, red-eyed tree frogs reproduce during the rainy season. The males attract the females with loud calls. When a female approaches, the male climbs onto her back. It stays there and can be carried around. However, it often happens that competitors challenge it for its place on the female and try to push it off.

Finally, the female lays her eggs on the underside of a leaf that hangs over the water. So that the eggs do not dry out, they have a water-containing gelatinous shell. After seven days at the latest, the tadpoles hatch and fall into the water.

However, if there is a risk that the eggs will be eaten by snakes, for example, before hatching, the larvae show a unique trick: they can burst their gelatinous shells and jump into the water for up to two days before the actual hatching date. There they gradually undergo the transformation into frogs: after about three months, tiny young frogs climb out of the water. They become sexually mature at about one and a half to two years.

How do red-eyed tree frogs communicate?

Red-eyed tree frogs make cracking chak-chak sounds. They also make high-pitched calls that sound like a chirping “trrdrdrdrddr”. When you hear this call for the first time, you’re more likely to think it’s coming from a bird than a frog. 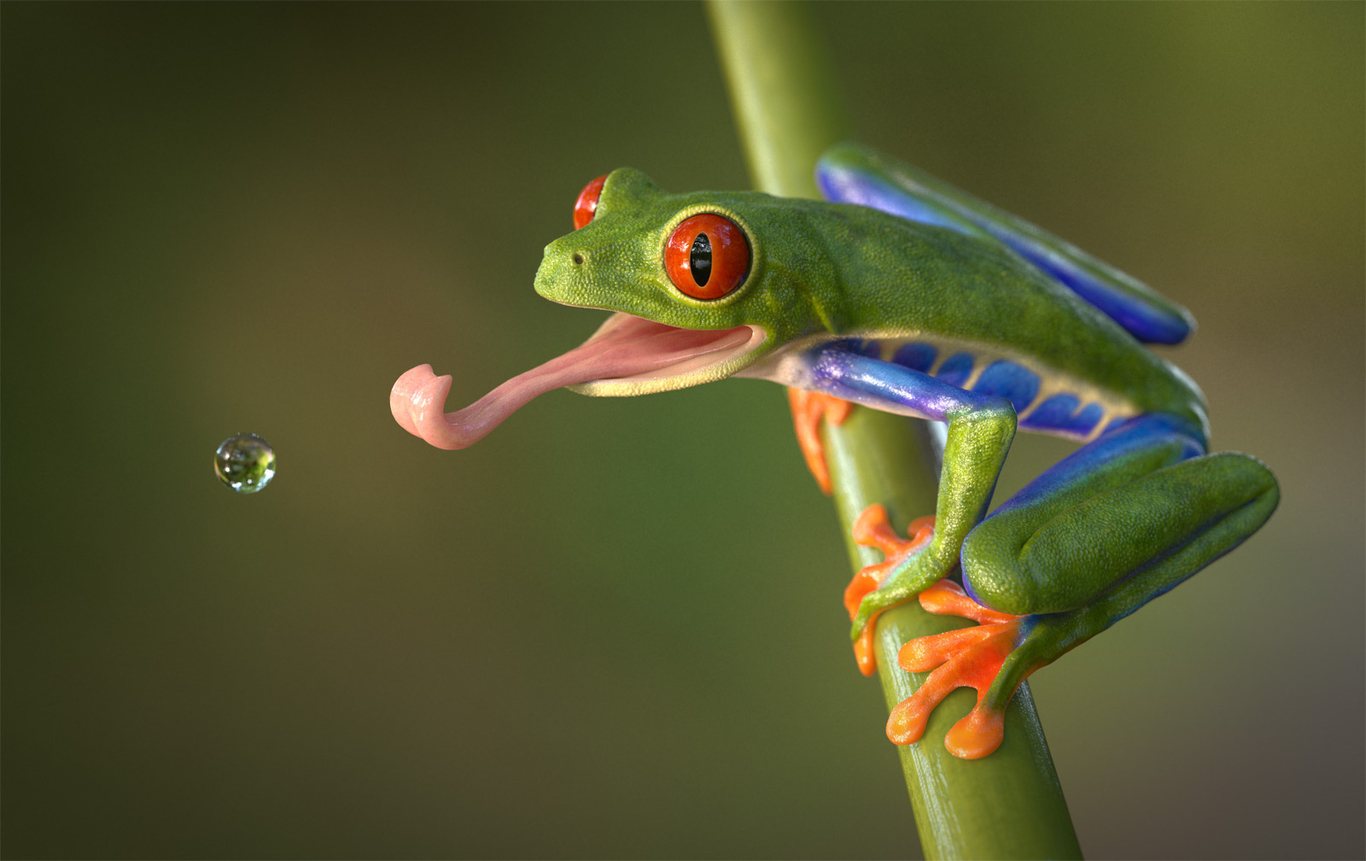 What do red-eyed tree frogs eat?

Red-eyed tree frogs feed primarily on small animals such as insects. In captivity, they are fed crickets, crickets, moths, moths, small grasshoppers, and other insects.

Red-eyed tree frogs are often kept in terrariums because they are so attractive. However, they are not animals for beginners as they are quite demanding. In addition, they only wake up in the evening, so you can only observe them when it is dark. Then they can only be seen if you install a weak red or blue light lamp. But even then, the animals often feel disturbed and hide.

Red-eyed tree frogs are often kept in groups. A terrarium that is 80 to 100 centimeters long, 70 to 80 centimeters wide, and at least 120 centimeters high is required for around six animals – after all, the tree-dwellers want to climb up the plants and branches as far as possible.

Because red-eyed tree frogs come from the tropics, the terrarium must be illuminated 12 hours a day. The temperature should be between 26 and 30°C during the day and around 20 to 24°C at night. The humidity must be 60 to 80%. If the animals are to reproduce, they need 100% humidity. Humidity should also be 100% at night. If it is too low, the animals dry out easily. The terrarium is furnished with many plants and branches as well as a water bowl.