The raccoon often finds its food in the water. When he holds them with his paws, it looks as if he is “washing” them. Hence the name “raccoon”.

The raccoon looks like he’s wearing a mask: his eyes are surrounded by black fur with a light ring running around it. It has a black stripe on its fox-like nose. The dense fur on the raccoon’s body is grey-brown, but its tail is ringed with black-brown. From the tip of the tail to the tip of the nose, the raccoon measures between 70 and 85 centimeters.

The tail sometimes accounts for 25 centimeters of this. Raccoons typically weigh between 8 and 11 kilograms, with males often being heavier than females.

Where do raccoons live? 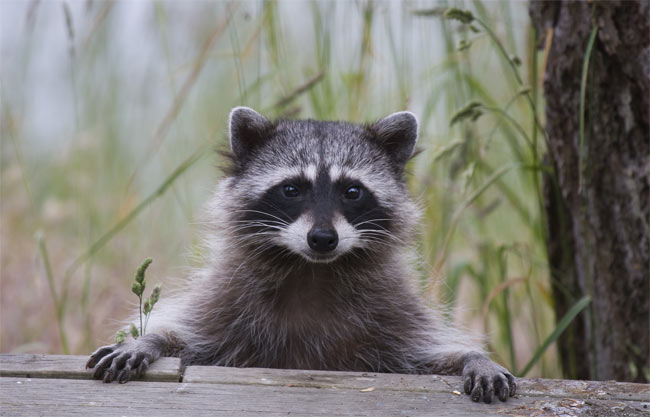 In the past, raccoons only romped through the forests of North America. But that has since changed: in 1934, raccoon fans released a pair of bears on Lake Edersee in Hesse; later a few of their own kind escaped from enclosures. They multiplied steadily and spread further and further. Today there are raccoons all over Europe. In Germany alone, around 100,000 to 250,000 small bears are said to live. Raccoons prefer to live in the forest. At least they do in their former homeland of North America.

In Europe, they also feel comfortable around people. For night quarters, they seek shelter in attics, under piles of wood, or in sewer pipes.

What species of raccoons are there?

The raccoons belong to the family of small bears. They are related to the coati and the panda bear. There are more than 30 raccoon subspecies in America, which differ slightly from each other by their coloration.

How old do raccoons get?

In the wild, raccoons live an average of about two to three years, but they can live up to 20 years.

How do raccoons live?

Raccoons are nocturnal and sleep during the day. At night, they roam the woods, parks, gardens, and rubbish heaps near their roosting sites. When it gets really cold in winter, the raccoons laze about. But they don’t really hibernate: They just doze off. As soon as the temperature rises a bit, they roam the area again.

Friends and foes of raccoons

In the wild, the raccoon has almost no enemies. With us, he is at most still hunted by the owl. On the other hand, many raccoons die in traffic when they are out and about at night. Raccoons are also threatened by hunters. Some hunters believe that raccoons are responsible for crowding out other animals – for example because they steal bird eggs from nests.

How do raccoons reproduce?

At the beginning of the year, the male raccoons get restless, because January to March is the rutting and mating season. The males are restless in search of females to mate with. They usually do this with several females. Sometimes the partners also form a couple for a short time. The females can already have offspring in the first year. Males take a year longer to reach sexual maturity.

Nine weeks after mating, the female raccoon gives birth to three to five young at her sleeping place. The raccoon babies are about ten centimeters tall, weigh just 70 grams, and don’t have any teeth yet. Although the young leave the nest for the first time after five weeks, the mother nurses them for another ten weeks. Meanwhile, the young raccoons are learning how to hunt crabs and which fruits taste delicious. After four months, the young leave their mother and look for their own territories.

How do raccoons hunt?

In the wild, raccoons like to hunt near water. They prey on small fish, crabs, and frogs near the banks of streams and lakes. They trudge through the shallow water and grope for prey with their front paws. When it comes to their diet, raccoons are not the least bit squeamish. On land, they also hunt birds, lizards, salamanders, and mice.

How do raccoons communicate?

Raccoons are noisy fellows who can make many different sounds. If they are dissatisfied, they “sniff” or “chatter”. They growl and shriek loudly when they fight – and they squeak when they meet a fellow animal they don’t like. 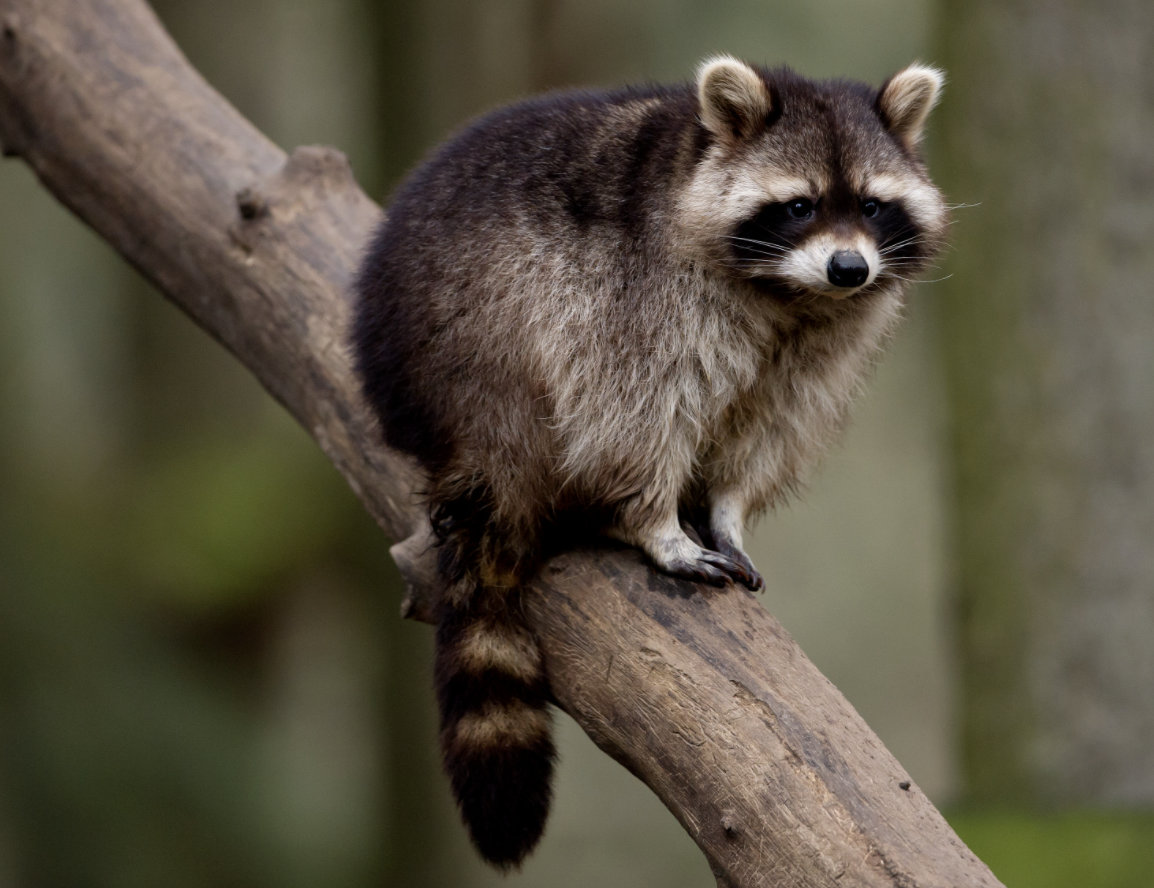 What do raccoons eat?

The raccoon tastes quite a lot of things – that’s why he is considered an omnivore. He simply adapts his diet to the season and therefore always finds enough to eat. Raccoons hunt ducks, chickens, fish, mice, rats, and hedgehogs. They steal eggs from bird nests and eat insects. Or they collect fruits, nuts, and grains. Sometimes, however, raccoons also steal pressed food from the feeding stations of deer and roe deer. They also like to rummage through people’s trash cans. When there is snow in winter and the raccoons have little food