His scientific name means “bunny wolf,” and he looks like a sore thumb: his black fur is patterned all over with large spots.

The African wild dog belongs to the canine family and is, therefore, a carnivore. With a body length of 80 to 100 centimeters, a 35 centimeter long, bushy tail, long legs, and a shoulder height of around 65 centimeters, it is the largest dog in the savannas of Africa. An adult animal weighs 25 to 30 kilograms. The females are slightly smaller than the males.

No African wild dog looks like the other: Each animal has an individual pattern of brown, reddish, yellow, and white spots on the black basic color. The snout is pointed and colored predominantly black, the teeth are very strong. The ears are remarkably large, round, and somewhat similar to those of a Mickey Mouse. They can be rotated in all directions and act like radar dishes, so the wild dogs can hear very well even at a distance.

Unlike other dogs, the African wild dog has only four toes instead of five, and females have 12 to 16 mammary glands instead of eight to ten.

Where do African wild dogs live? 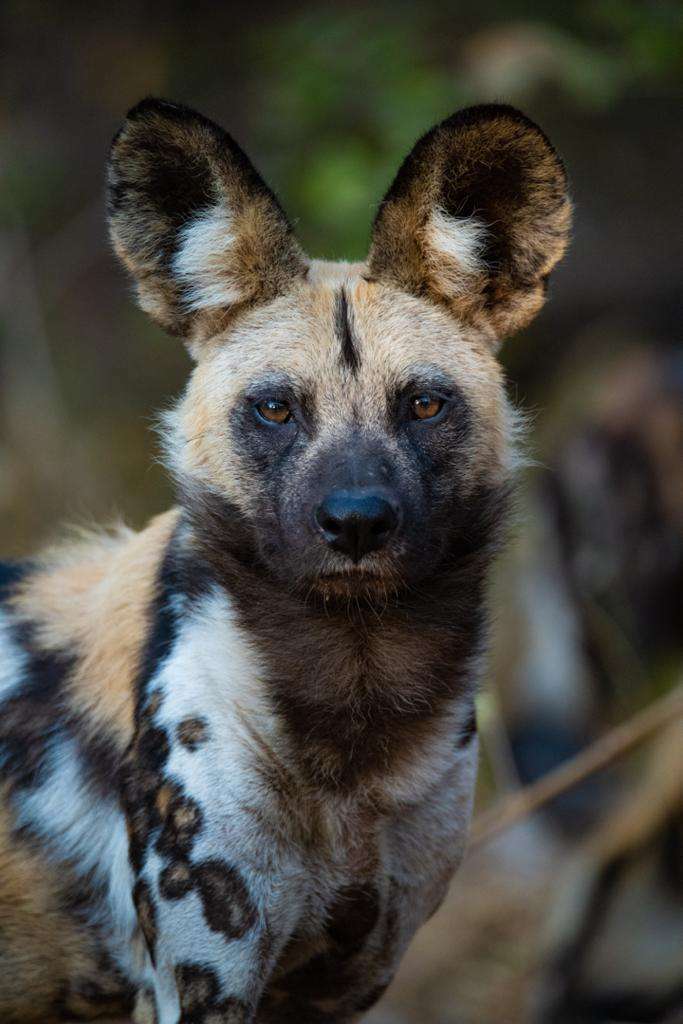 Originally, the African wild dog was found in almost all savannahs in Africa. Today it is one of the rarest animals in Africa. It can only be found in a few places in Botswana, Zimbabwe, Zambia, and South Africa, as well as in Kenya and Tanzania. African wild dogs are inhabitants of the savannas and grass steppes. In order to hunt well, they need open areas rich in-game, but also areas with bushes and some trees where they can withdraw and rest.

What types are there?

The African wild dog is the only representative of its genus. At first glance, you could confuse him with a hyena – that’s where his second German name comes from Hyänenhund. However, the wild dog is not related to the hyena. Hyenas belong to the cat family and the wild dog to the canine family.

How old do African wild dogs get?

How do African wild dogs live?

Family means everything to African wild dogs! The animals live exclusively in packs of ten to 30 animals. They are very social and peaceful, there are hardly any fights between the animals. At the head of a pack is what is known as an alpha pair. But the lead dog is the only one in charge: she makes all the decisions and decides, for example, when to hunt. In the rest of the pack, there is a fixed hierarchy, but it is difficult for observers to recognize.

The pack is also so important for wild dogs because they can only hunt successfully as a team. That’s why they treat each other with great care: If one member of the pack is injured or sick, the other animals provide it with food that has been vomited out. When it comes to eating, the young always have priority. The adult animals watch over the little ones and wait patiently for their turn.

A pack always consists of related males and females that are not related to these males. Unlike other species, adult, sexually mature females have to leave the pack. Even when a pack gets too big, it divides. At the age of two years, same-sex groups then separate from the pack and move around. If they find a strange group of females or males, they form a new pack with them.

African wild dogs need a very large territory to survive. It can cover 500 square kilometers and more. However, because the animals also roam off-range to explore new habitats, they often end up in unprotected areas where they are hunted.

Friends and foes of the African wild dogs 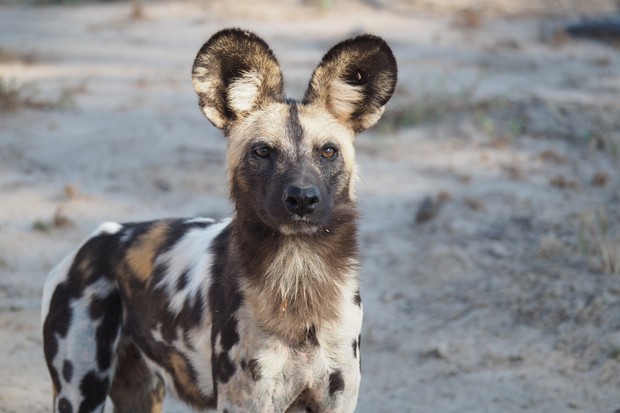 The most dangerous natural predators for African wild dogs are lions and hyenas. Young wild dogs in particular fall victim to them. In addition, the animals are often hunted by farmers because they sometimes attack livestock. In addition, many wild dogs are run over by cars. Another danger is diseased: the animals can die of rabies and also become infected with distemper in domestic dogs. This disease can wipe out entire packs. They are not dangerous to us: there are no reports that African wild dogs have ever attacked humans.

How do African wild dogs breed?

When it comes to reproduction, African wild dogs show a special feature: only the dominant alpha pair of the pack has offspring, every twelve to 14 months. After a gestation period of two and a half months, the alpha female gives birth to two to 16 young. The young are usually born in the dry season between March and July when hunting conditions are at their best.