Whether they have a cold or inhale dust, dogs, like humans, can sneeze. Feature – sneezing while playing. Petreader explains when and why your dog sneezes with excitement.

Your four-legged friend has just plunged into the game – and suddenly several times in a row it sounds loud: “Hutch!” Is the dog sick? Even though a cold can lead to sneezing in dogs, the cause is probably something else. Here we explain why your dog sneezes while playing.

The Dog Just Wants to Play 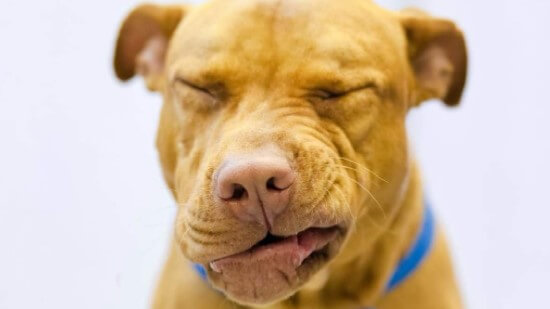 But this is quite normal, for example, according to the American Kennel Club. This is how the dog shows that it is excited and is having a good time.

Some dog behaviorists suggest that a dog sneezes to interact with other dogs. In this context, sneezing is a reminder that four-legged friends are not actually fighting, but just having fun. Therefore, it often happens when the game becomes more intense and threatens to spiral out of control.

“This is not the sneezing we know from humans: it’s the airway reaction from the bottom,” explains veterinarian Dr. Debra Eldridge. “It’s more like a kid joking and pretending to sneeze.”

Another thesis, however, is that sneezing is more of a physical reaction. Many dogs wrinkle their lips while playing, which causes their noses to wrinkle. This, in turn, can cause sneezing. Unlike a cold sneeze, a playful sneeze comes from the nose, not the lungs, and is usually very short.

Veterinarian Dr. Bruce Fogle is of the same opinion. “I feel like dogs sneeze when they’re agitated because they frown!”

In addition, there can be a lot of dust during play, which further irritates the dog’s nose. Even blades of grass or small beetles can get lost in the nose while playing.

All this can lead to the fact that the dog sneezes while playing. “Dog can’t sneeze on command, but there is nothing you can do about it when the nasal mucous membranes are stimulated.”

Other Reasons Your Dog Sneezes 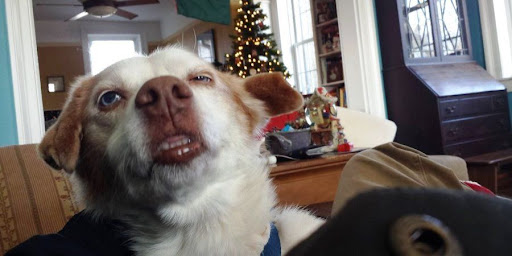 If your dog sneezes when not playing, there is probably no excitement behind it. Other possible causes include colds, allergies, insect bites, or dental problems. Therefore, if your four-legged friend has to sneeze over and over again outside of your playing time, you should take him to the vet as a precaution.