Moving is stressful not only for humans but also for our dogs. Pet Reader explains how you can make it easier for your four-legged friends to transition to the new four walls.

When you move, everything changes: the owners move things back and forth, boxes are everywhere, the atmosphere is tense – and then strangers come and take the furniture … in the evening the dog will be in someone else’s apartment. Yes … it can be stressful for your dog.

“For scared dogs, the world often falls apart,” says Patricia Lesche, chair of the professional association for animal behavior counselors and trainers. Of course, there are dogs who do not care where they are – the main thing is that there is a person on whom they are fixated. “And where it is, everything is in order in the world,” says the zoo and animal psychologist of horses, dogs, and cats.

But dogs from the animal welfare service and, in particular, from abroad, are often unable to move around their place. Especially if they are with us for a short time. “Then they may have serious problems with the move,” says Leche. It all starts with packing the boxes because the entire environment changes relatively quickly. Some dogs may react insecure and even aggressive.

Move the Dog to a Different Location Before Moving 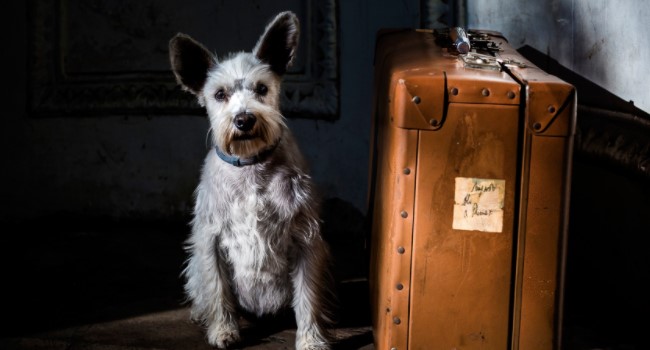 The behavior expert recommends observing four-legged friends early. “If your dog is breathing heavily, restless, and will not leave you alone, it may be better to temporarily relocate him to another location.” And not only on the day of moving.

“If a dog has problems, it makes sense to be attentive – otherwise you yourself will face problems,” says Patricia Leche. For example, when four-legged friends develop pronounced separation anxiety, they constantly bark in their new home or start destroying things.

André Papenberg, chairman of the professional association of certified dog trainers, also advises to give up for a while from dogs that have suffered for a long time. Ideally – to a confidant, to a dog garden, or to an animal boarding school. “However, if the dog has never been there before, you should practice with it beforehand and place it there once or twice to see if it works.”

However, when you move, you should think about more than just animal welfare. “If you, as a dog owner, hire a transport company, it would be nice if you went to the problem directly and said that on the day of the move you will have a dog,” says Daniel Waldschik, a spokesman for the Federal Office. Association of Furniture Freight Forwarding and Logistics.

Of course, the employees could be afraid of dogs too. “Usually, however, companies have experience with this,” Waldschik says. “If the boss knows something like that, he just doesn’t use them for such a move.”

In a new apartment, ideally, the dog should find something familiar as soon as it enters, advises Lesha. For example bowls, toys, and a place to sleep. “Of course, there are also familiar smells from furniture, carpets, and people themselves, but it would be wise not to thoroughly clean everything that belongs to the dog in advance.”

Your four-legged friend will also find his way into the new environment much faster if you do nice things with them there – play with them or feed them. “It creates a positive mood right from the start,” she says. Treating your dog after every walk in a new home can quickly become a thing of the past. 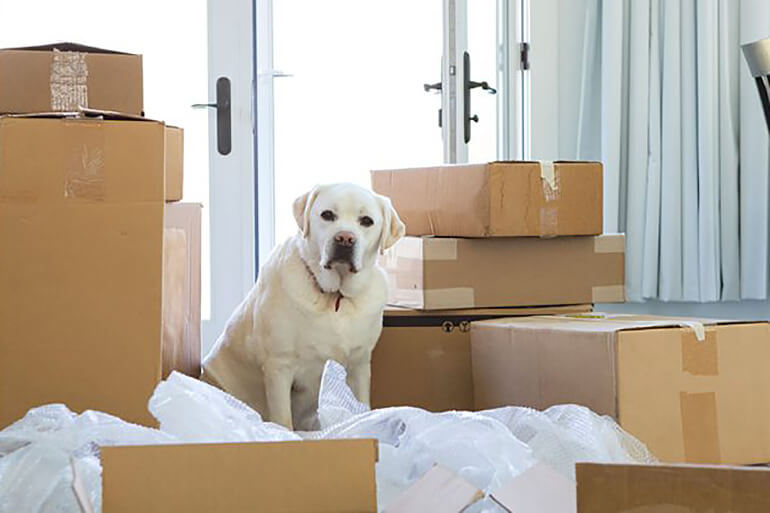 However, this is not the case if you have a sensitive and even frightened dog: then it may be helpful to take the dog for a few walks in the new environment before moving so that it can later find something familiar on the spot. “Basically, you shouldn’t say, ‘The dog has to go through this! “, But rather approach the matter with a firm instinct,” recommends Lesha.

According to André Papenberg, the location of your move also plays a role: “If I move from village to city, then many external stimuli are completely alien to him, and I must intelligently direct him to a new situation. … ”

And for safety reasons, it doesn’t hurt to Google the nearest veterinarian in advance, “so I know where to call if something happens,” the trainer says.