Little bitterns are among the rarest birds in Germany. Only about 35 to 50 pairs of shy animals live with us.

Little bitterns belong to the herons. They are the smallest representatives of this group and are about the size of a pigeon: little bitterns are 35 centimeters long, have a wingspan of about 55 centimeters, and are real lightweights. They weigh just 140 grams.

The plumage is black on the back and the top of the head, creamy yellow to slightly reddish on the belly. The males are darker colored on top than the females. In addition, the females are generally more brownish in color and striped on the chest and abdomen.

When little bitterns are not standing in the reeds in their protective posture, they usually retract their long necks. They have long toes on their legs, which they use to walk over plants that float on the water surface. In-flight, they are easily recognized by their slightly drooping legs.

Its strong beak is yellowish and dark in color on top; during the breeding season, it turns bright orange-red.

Where do little bitterns live? 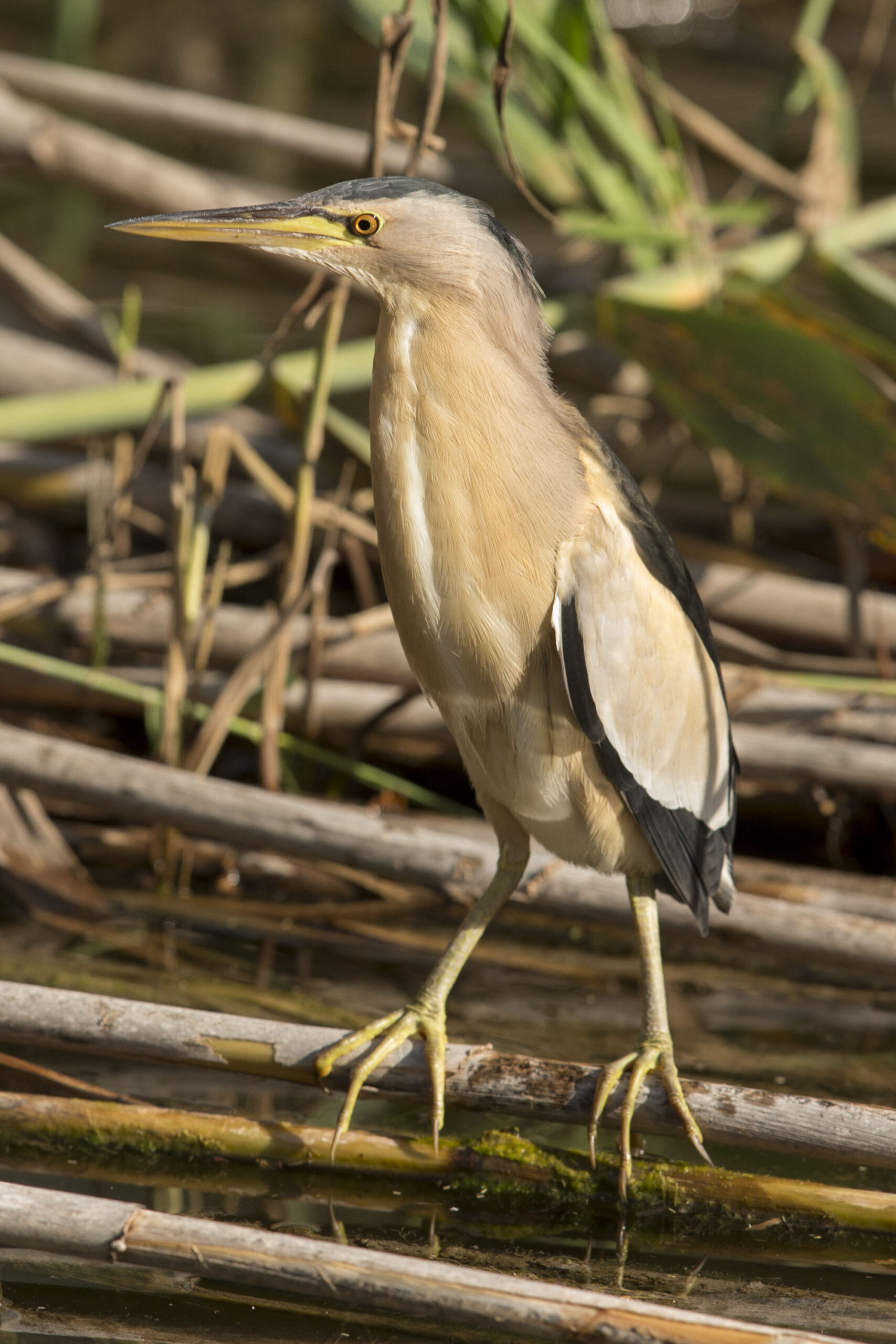 Little bitterns are found in Europe and Asia to about India. They live in the temperate and warm zones of these continents.

Little bitterns absolutely need water and reeds to live. The habitat does not have to be particularly large, but it is important that they can hide well between the reeds. In southern Europe, they even live on irrigation ditches that are overgrown with reeds. Otherwise, they prefer calm lakes, calm rivers, or gravel pits.

What species are little bitterns related to?

The little bittern has many close relatives. These include the bittern, which lives from India to northern China and Australia, the African bittern, the English bittern, the striped bittern, and the Chinese bittern.

How do little bitterns live?

Little bitterns live so shy and hidden that you can get close to them without ever noticing them. Little bitterns are hard to spot when they stand upright in the typical posture with their heads stretched upwards between the reeds. This protective posture is called a post position because the animals stand upright like a post in the reeds.

They even sway their bodies with the reeds in the wind so as not to attract attention. The coloring of their plumage also ensures that they are hardly recognizable in the tangle of reed stems. Even at the nest, they only move very slowly, as if in slow motion, so that potential enemies do not become aware of them. Even the young have mastered this protective position and, in the event of danger, sit as still as a mouse in the nest with their beak raised high. Little bitterns are migratory birds. They don’t return from their winter quarters in Africa until mid-May.

Friends and foes of the little bittern

Birds of prey and small predators, in particular, can be dangerous for little bitterns and they’re young. Rats are said to be particularly fond of the eggs of the little bittern.

How do little bitterns reproduce? 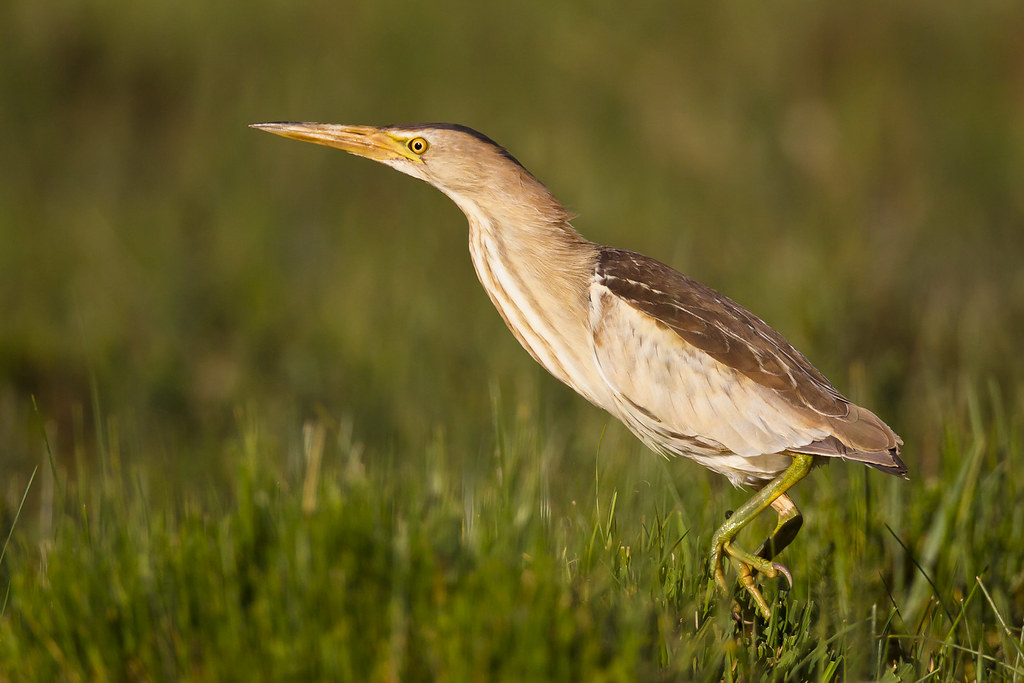 Little bitterns breed relatively late, namely in June. Only then will the young reeds have grown back so densely that the birds’ nest is well hidden. The males start building the nest, then the female joins them and they continue to build together. The nest is usually built 20 to 30 centimeters above the water, often on a pasture with reeds or on small trees.

To do this, the little bitterns weave reeds so artfully together that a funnel is formed. They use their beaks to cut the reeds to the right length. The female lays three to six 34 mm eggs in this funnel-shaped nest, which the male and female incubate together. The young hatch after 16 to 19 days. They wear a fluffy, pale downy coat and weigh no more than ten grams immediately after hatching.

When the little ones beg for food, they grab the parents’ beak and pull it into the nest. Then the father or mother regurgitates pre-digested food, which the young greedily pick up. Larger young will snatch food while it is still in their parents’ beaks. The little bitterns “shoot” their droppings in a strong, horizontal stream far over the edge of the nest, so that the nest always stays clean. Although young bitterns make their first excursions around the nest after only five to six days and can already skilfully perform gymnastics on the reeds at the age of eight or ten days, they still return to the nest again and again. Only after 25 to 30 days do they fledge and finally leave the nest.

How do little bitterns hunt?

Little bitterns are skilled hunters. At dusk, they go hunting in the reeds and strike at lightning speed with their long, powerful beak.