The lapwing got its name from its typical call “key-with”.

Lapwings belong to the plover family – this is a group of birds that live and breed mainly on the ground and are notable for their relatively long legs. Lapwings are particularly easy to spot: they have a funny, towering, black crest of feathers on their heads – it’s a bit smaller on the females. The back and elytra are black with a metallic green shimmer, and the belly is white. During the breeding season, the throat is black.

Where do lapwings live? 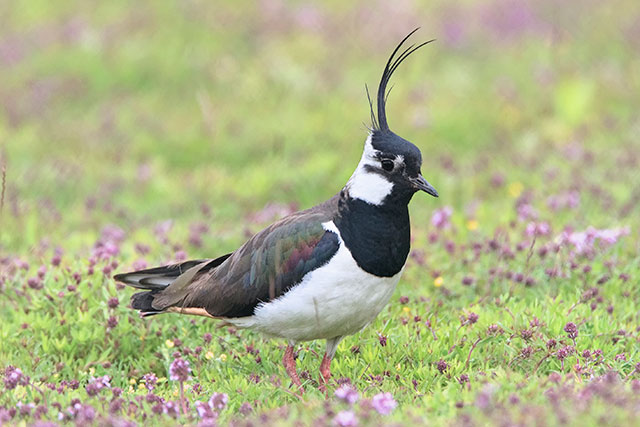 The distribution area of ​​our lapwing extends from the British Isles across Europe to Asia to the Pacific coast. Only in the north, they are not to be found.

Lapwings prefer to stay in damp meadows and moors. But because there are fewer and fewer of them, they also live in fields and pastures today. Here they are found on meadows near the North Sea coast, but also inland on suitable meadows and fields. It is important that the grass or other plants are low. Lapwings like water as they like to bathe. A small ditch is enough for them.

Which lapwing species are there?

How long do lapwings live?

Lapwings can live up to 25 years.

How do lapwings live?

Lapwings are among the first birds to return from their winter quarters in spring. They are migratory birds and are short-distance migrants, which means that they do not fly too far away to overwinter. They only move to the Mediterranean region, some also to France or England. In mild winters, some lapwings even stay in northern Germany.

As early as June – as soon as the young can fly – the lapwings set off on what is known as the “intermediate migration”: they fly, for example, from the breeding areas to the banks of large lakes. Because they find more food there, they spend the summer here before moving to their wintering grounds in October or November. Lapwings are real artists of the air. When defending territory or courting a mate, male lapwings show all their flying tricks: first flying low to the ground, then soaring high in the air, plunging headlong into the depths, flipping once or twice in the process.

In these somersaults, the light belly and the dark back alternately point upwards. Shortly above the ground, they finally catch the fall with a few quick flaps of their wings. They accompany this flight demonstration with loud calls like “chä-with” when ascending and “wit-with-wit” when diving. You can also hear the loud sounds of their beating wings.

Friends and foes of the lapwing

Since lapwings breed on the ground, foxes and polecats in particular, but also various birds of prey, can pose a threat to the offspring of lapwings.

How do lapwings breed?

In March, the lapwing males begin their courtship flights. But they also court a female on the ground: They make a hollow in the grass as if they wanted to build a nest and throw nesting material over their backs into the nest hollow. Before mating, males and females bow to each other many times and spread their tail feathers. 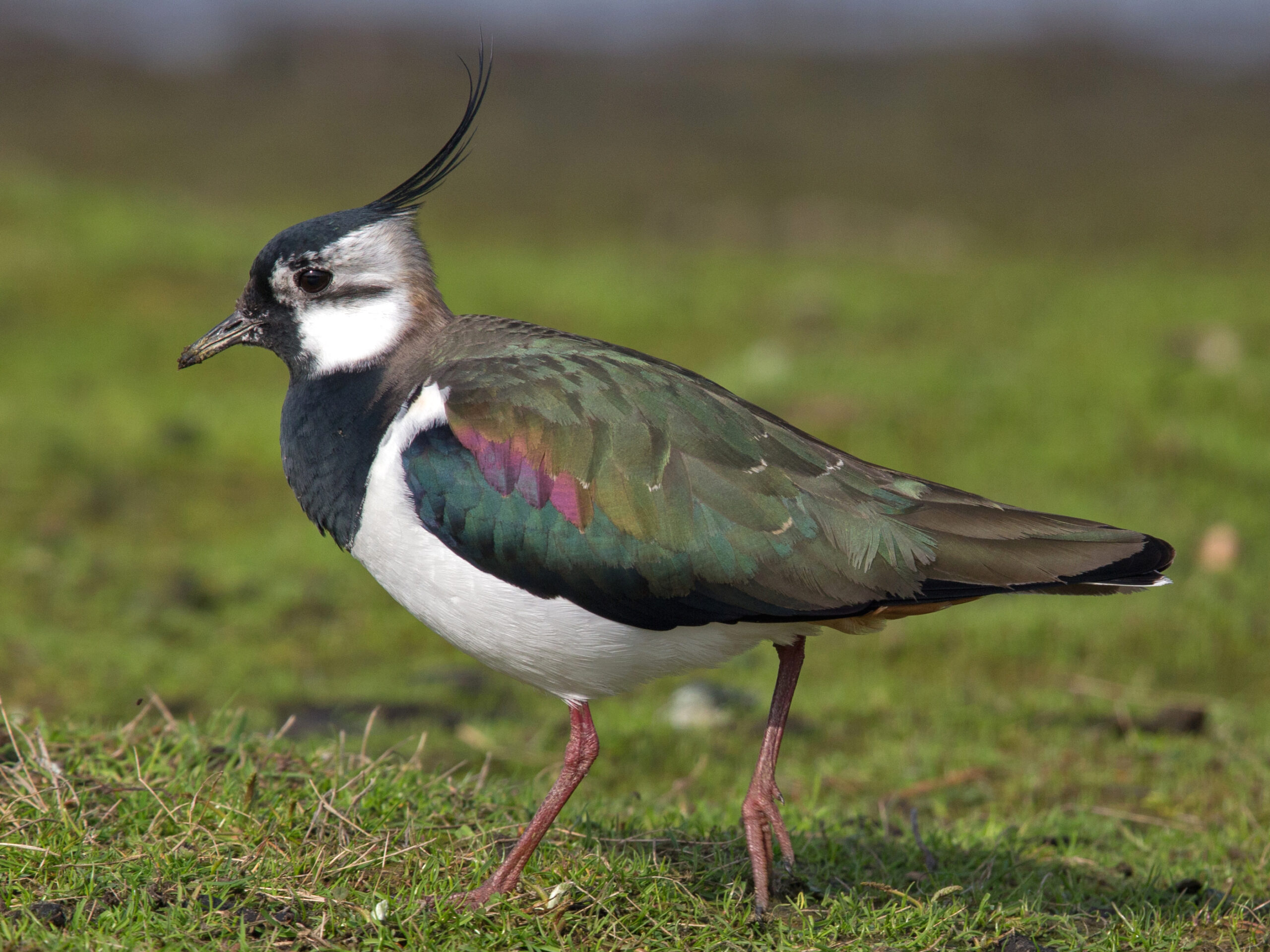 A female lapwing usually lays four eggs. Males and females incubate alternately. Because the birds are very conspicuously colored, they will leave the nest when enemies approach. This distracts the enemies – and the perfectly camouflaged, beige-brown eggs with their dark spots are mostly overlooked. Lapwings breed in colonies; often the nests are no more than half a meter apart.

The young hatch after 26 days. Since they live on the ground, they are particularly vulnerable to enemies. But they have developed some clever survival strategies: When the parents call out for warning, the little ones lie paralyzed and press themselves firmly onto the floor. Thanks to their brownish plumage, they are then almost impossible to find.

Lapwings are clever actors: if an enemy gets too close to the young, they suddenly drop one wing, stagger helplessly back and forth, fall on their stomachs, or flap awkwardly on the ground. Any predator now considers the apparently sick lapwing easy prey and allows itself to be distracted. And that is also the point of this lapwing theater: The enemies should be lured away from the nest and the young. If the distance to the lapwing children is large enough, the sick, lame lapwing suddenly awakens to new life and flies away.

If all this doesn’t help, for example when cows move across the meadow and almost trample eggs or young, lapwings will also attack in a nosedive and even jump on the cows’ backs. Usually, the lapwing mother leads the young on the first walks across the meadows. When it gets too cold, the young hide in their mother’s warm feathers.

How do lapwings communicate?

The call from which the lapwing got its name is typical: “kie-with!” During their rapid flight maneuvers, the males call out “Chiu-with”, “chä-with” and “wit-wit-wit”.