Graceful and light-footed, the llamas pull over the steep passes of the Andes. These “Camels of the New World” are important pack animals as well as suppliers of wool and meat.

Even if they don’t have any humps: llamas belong to the camel family and are also called “New World camels” because they only occur in South America, i.e. the New World. Their body is one and a half to two meters long and they weigh 130 to 155 kilograms. The shoulder height is between 80 centimeters and 1.2 meters. The females are usually slightly larger than the males.

The fur of the animals can be colored in different ways: it is white, brown, black, or grey.

It is very dense, soft, and woolly and has only a few thicker hairs so that the animals are hardly protected when it rains, but get wet. Llamas have straight backs, large eyes, and long eyelashes. The ears are long and pointed, the tail is round and thick.

As with all camels, the upper lip is split and very mobile. Similar to camels, llamas have pads on the bottom of their feet. It’s hard to believe, but llamas are good swimmers and can even cross small inlets. 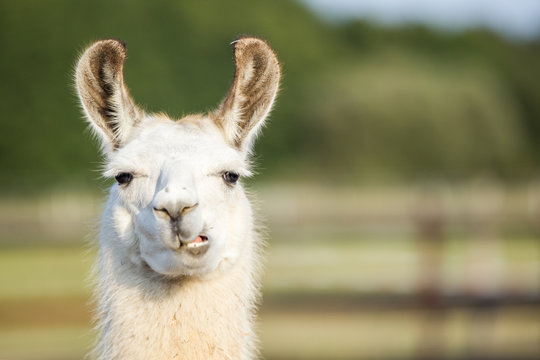 Llamas are pets that were bred by the Indians from guanacos long before the first Europeans came to South America – namely 4000 to 5000 years ago. Larger and stronger than guanacos, llamas are still used today as beasts of burden.

Where do llamas live?

Llamas live in South America from northern Argentina to Chile and southern Peru to Bolivia. They inhabit mainly the slopes of the Andes from the plain up to 4000 meters altitude. Like their wild ancestors, the guanacos, llamas can live in many different habitats. They are found in the lowlands on the coast as well as in the high mountains at over 4000 meters altitude. They get along in the grasslands as well as in semi-deserts and bush steppes.

What types of llamas are there?

In addition to the farmed llama, the guanaco, the wild form of the llama, also lives in South America. It has a shoulder height of up to 115 centimeters and weighs up to 120 kilograms. The alpaca, famous for its fine wool, was also bred by the Indians from the guanaco. The fourth South American New World camel – the wild vicuna – is much smaller and more delicate than a llama.

It has a maximum shoulder height of 95 centimeters and weighs up to 55 kilograms. It usually lives at altitudes of 3700 to 4600 meters, but can even survive at an altitude of 5700 meters in the Andes, as it has a greatly enlarged heart and numerous red blood cells, so that it can still absorb enough oxygen from the oxygen-poor high mountain air.

How old do llamas get?

How do llamas live?

When roaming freely and not being used as pack animals, llamas live in groups like their wild relatives the guanacos: A strong male leads a group of several females – usually a dozen. For these females, he has to fight against other male conspecifics.

They bump into each other, try to bite each other’s front legs – and of course, they spit saliva and stomach contents in each other’s faces! The young animals live together with the male and the female so that a herd of llamas consists of about 30 animals. When the young males become sexually mature, they are driven out of the herd by the lead stallion. 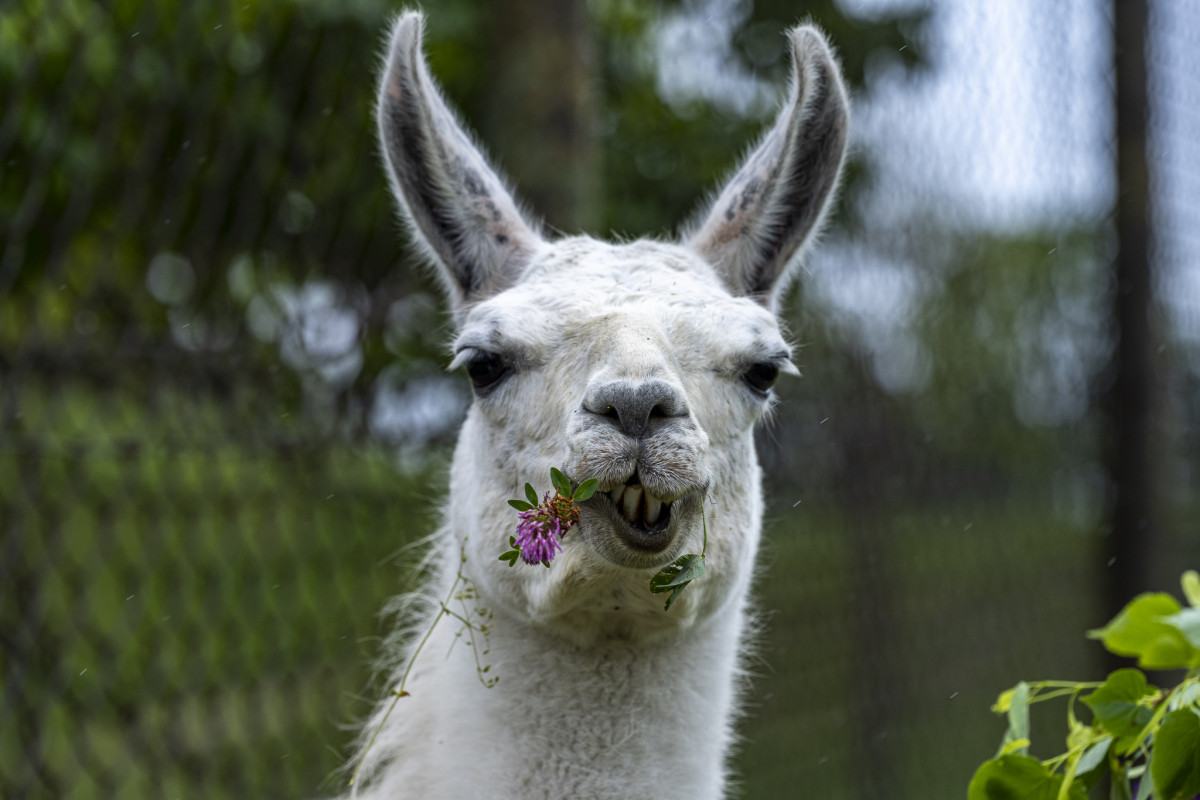 Llamas are perfectly adapted to life at high altitudes. Because they can absorb oxygen from the air in a very specific way, they can also live at high altitudes and carry loads. That is why they have not been pushed out of South America by the donkeys that the Europeans brought with them.

But llamas are not only work animals: the females, in particular, are shorn and provide valuable wool. In addition, the meat of the animals is eaten. However, llamas are not fast:

A llama caravan manages a maximum of ten to 20 kilometers per hour. For this, llamas come up the steepest paths on which no car drives anymore. However, the loads they can carry are not too great: A strong male animal can carry a maximum of 50 kilograms, but most of the time it is only 35 kilograms. When a llama becomes too burdened, it goes on strike: it lies down and does not get up again until its load is lightened.

Last but not least, llamas are important suppliers of fuel: They always deposit their droppings in the same places, resulting in large heaps that dry over time and are used by the Indians as fuel.