Cattle are one of the most important livestock for humans: we get milk and meat from them.

Cattle are descended from the aurochs, which have been extinct since 1627. While the aurochs, which is also called Urrind, still had a shoulder height of up to 180 centimeters, our domestic cattle are only 125 to 145 centimeters high. Cattle are mammals and belong to the bovid family. They are ruminant and even-toed ungulates, which means their hooves are divided in half.

Their large, curved horns, which both bulls and cows wear, are striking. In some races living today, however, they are absent. Unlike deer, which change their antlers every year, cattle keep their horns for life. Once the horns have reached their final size, they will gradually wear out at the tip. However, they continue to grow at the base so that they retain their original size. The fur of the cattle can be colored differently: cattle are available in black, white, brown, beige, and piebald.

Where do cows live? 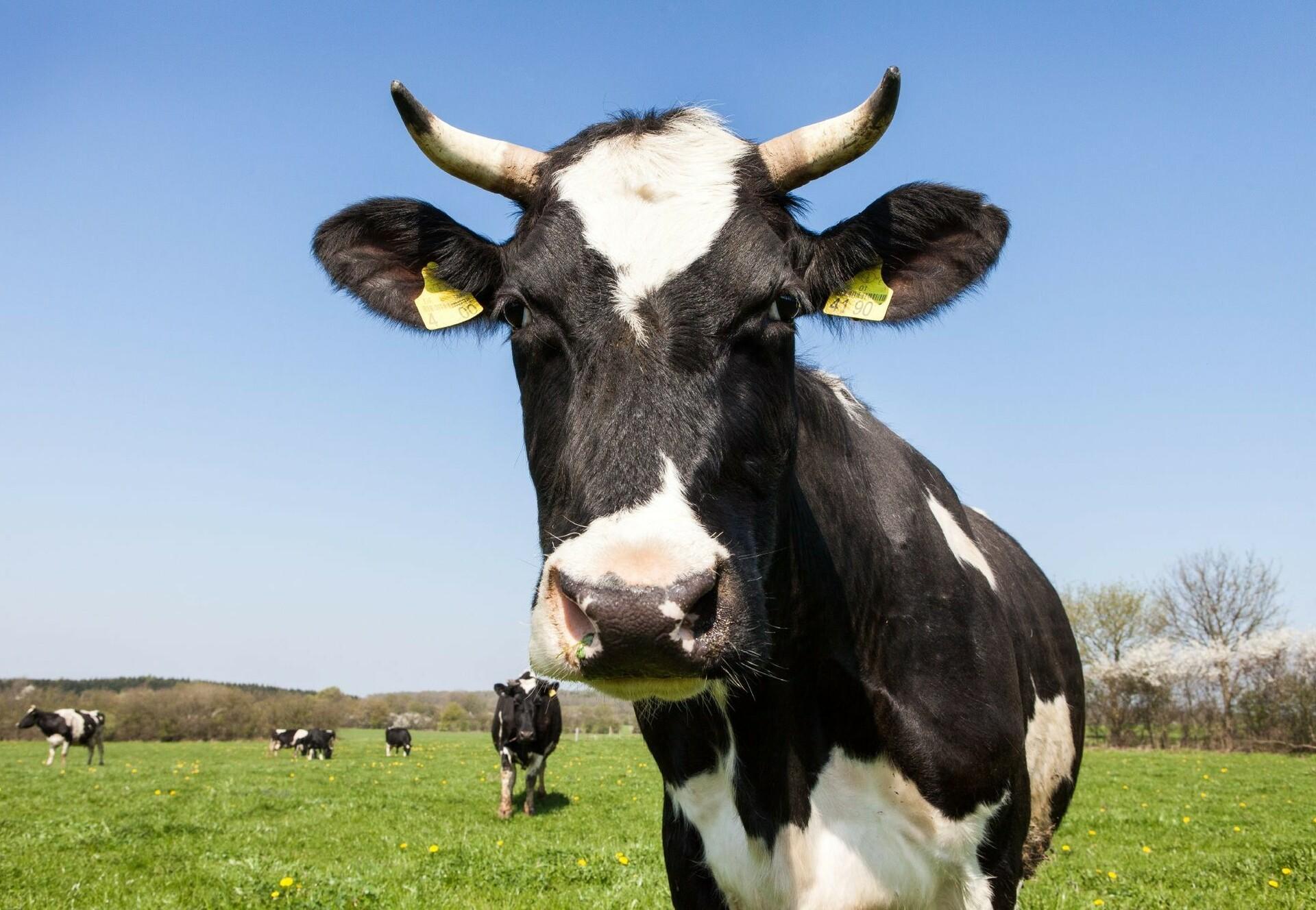 Cows are now found all over the world as they are kept as pets everywhere. Wild cattle live in dense forests, as well as in dry or swampy grasslands. Originally, cattle were steppe animals, but today they are found as pets in all climatic zones of the world.

What types of cattle are there?

In addition to the domestic cattle and the aurochs, the genus of cattle also includes the Indian zebus and the gnarly oxen (yaks).

The number of breeds of domestic cattle is huge. A distinction is made between two groups: cattle breeds that are mainly kept as meat suppliers and those that serve as dairy cattle. There are also breeds that provide both meat and milk.

In recent years we have been keeping more and more Scottish Highland cattle. With their shaggy fur and long, wide curved horns with a span of up to 160 centimeters, they look pretty wild. However, they are very good-natured and friendly and they can become tame and trusting.

How old do cattle get?

Cattle are fully grown at around five years of age and can live to be 20 or more years old.

How do cattle live?

Domestic cattle have been around for about 8,000 to 10,000 years; in Europe, they have been found since the 6th millennium BC. This makes cattle one of the oldest domestic animals. The earliest traces come from the Near East, where the first cattle became livestock through breeding and were used as milk and meat suppliers.

They were also used as pack and draft animals. In addition to the domestic cattle that were bred in the Middle East, the zebu originated in India. It is also called humpback cattle because it has a hump-like hump on the back of its neck. The zebu probably descended from a subspecies of wild cattle that separated from the ancestors of our domestic cattle 300,000 years ago. Wild cattle are social herd animals. They live in small groups with a strict hierarchy. This is determined by fights between the male animals.

Cattle express their mood primarily through the posture of their heads and bodies: when they want to threaten or impress, they keep their heads and horns down. They also scratch the ground with their hooves. Cattle can’t see very well, but they hear well and have a good sense of smell. For example, the animals in a herd can recognize each other by smell.

Originally, cattle were mainly in search of food at dusk. Today, domestic cattle are active almost all day long. The calves show that cattle are social animals: just a few days after birth, they form “playgroups” within the herd.

They only return to their mothers to drink. There is a close bond between mother and calf: a cow only lets her own calf suckle on her udder. Cattle manure, also known as cow dung, is an important fertilizer for farmers’ fields. In some countries, it is even dried and used as fuel.

How do cows reproduce? 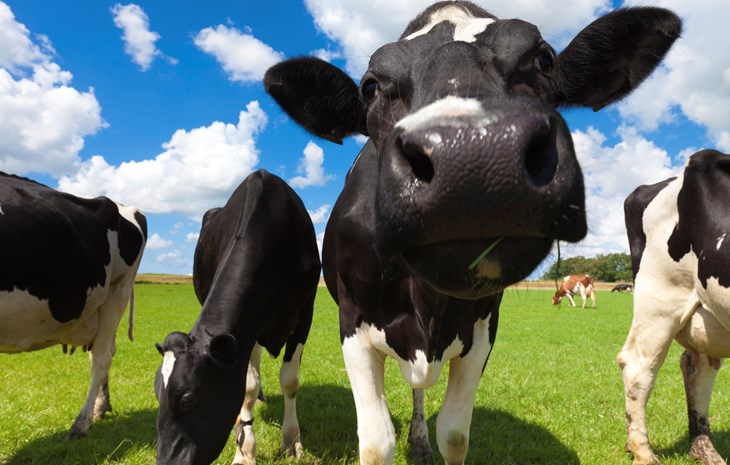 Cows can have one calf per year. Usually, it is only one young, very rarely twins are born. A cow is about 27 months old when she has her first calf. Six to eight weeks before the due date, the mother cow is no longer milked.

During this time the calf can double its weight. It weighs between 35 and 45 kilograms when it is born. Shortly before giving birth, the cows separate from the herd and give birth to their young in a hidden place. At birth, the front legs appear first, followed by the head, and finally the body and hind legs.

If it is allowed to grow up with its mother, it drinks the so-called colostrum from her udder for the first two days. After a few weeks, it will start eating hay or grass as well. Today, however, calves are often given a substitute for their mother’s milk after just a week so that the cow can be milked again. This substitute milk consists of powdered milk and warm water. A male calf is called a bull calf and a female cow-calf.

If a calf is between five months and one year old, it is called an eater. This is because the animals grow particularly quickly during this time and therefore eat a lot. At 18 months, the calf has grown into an adult cow.

If it’s a female, it becomes a dairy cow. If it is a male, it is fattened and later slaughtered. By the way: only cows that give birth to a calf every year give milk regularly. If a cow doesn’t have a calf, it doesn’t produce any more milk.

How do cows communicate?

Everyone knows the loud »moo« of a cow.