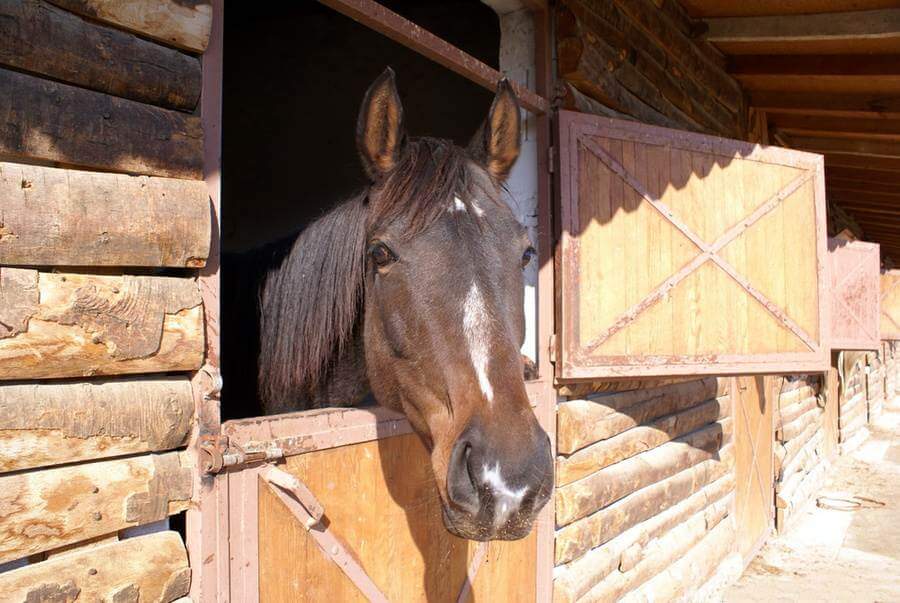 The box keeps that is still often found is keeping individual horses in their own individual stable. The advantage of this housing is the possibility of controlled feeding of roughage and concentrated feed and possibly reduced risk of injury compared to group housing. In many cases, individual boxes now have connected small outlets, so-called paddocks. These paddocks not only give the horses fresh air and some space to take a few more steps but often also better social contact with their neighbors. For this reason, electricity separators between the paddocks are to be rejected, fixed separations over which the horses can sniff and scratch each other are better.

Group housing is usually more horse-friendly than individual housing. There are so-called group stalls, in which young horses are usually kept together over the winter.
In the case of an open stable, the horses also have the opportunity to stay outside together. Modern open stables are also set up as active stalls, in which the horses have to move between feed and water, hay and/or concentrated feed are sometimes even fed automatically at different points. Modern paddock trails are also divided in such a way that the horses have to cover longer distances between the various stations such as feed, water, or pasture – this is best suited to the nature of the horses.

Tips for the Box

If a horse is in a single box, it must of course have the minimum dimensions: (height at withers x 2) ² In addition, sufficient light and air must be guaranteed. Open sides are better than completely closed box walls so that the horses can have contact with one another. It must be ensured that there are not necessarily two horses standing next to each other who don’t like each other, otherwise, one or both horses are constantly under stress. Different standards may apply to stallions: stallions are sometimes quieter when they don’t have the competitor right next to them.

But for many horses, removing the high separation from the neighbors is a significant improvement in the stall. I know some stables that have made half-height wooden walls out of the formerly bricked, closed walls and where the horses are significantly more satisfied. In the meantime, there is also the possibility of creating a kind of “social box” with the help of wide bars, in which the horses can also have lateral contact with their neighbors. An ideal solution for befriended horses!

Another possible improvement in box housing is to extend the feeding of roughage through hay nets or hay racks. You can hang up hay nets in the box or install a hay rack so that the horse can eat from the ground as much as possible – this corresponds most closely to the natural feeding posture. High hay racks, on the other hand, are not appropriate to the species.
In addition, healthy nibbling sticks can be offered in the box, they are used for occupation and prevent behavior disorders caused by boredom.

Incidentally, the choice of bedding for the horse is not entirely unimportant: Unlike shavings, straw can be eaten and is therefore also used for occupation and roughage intake. Wherever possible, an automatic feeding system can be installed for concentrated feed. Admittedly, this is a high financial outlay, but the more frequent use of smaller amounts of concentrated feed is ideal for the rather small horse stomachs and prevents diseases. In general, box horses must of course always have enough exercise with one or more other horses.

By open stables, I mean all housing systems in which a group of two or more horses live together and have one or more shelters/stables as well as a sufficiently large exercise area. Here, too, as in the box, it is important to extend the feeding times of the roughage. This can be done by hanging hay nets, but it can also be nets that are stretched over a freely accessible hay rack, or via automatic feeding, in which the hay rack is opened every two hours, for example. Automatic feeding of concentrated feed is of course just as possible here – and unfortunately just as expensive – as in the box and just as beneficial for the horse. 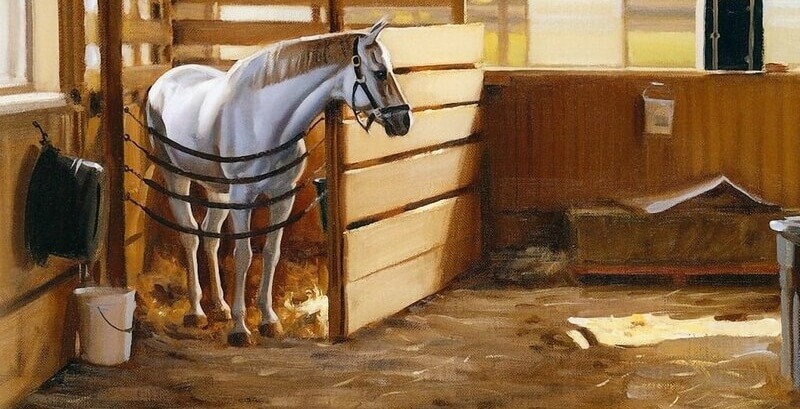 An improvement in keeping the stables open is incentives to exercise, such as those given in the active stables or paddock trails. This can often be done relatively easily by separating roughage and water or by creating additional paths around pastures or paddocks. Of course, you always have to make sure that the new path is wide enough so that two horses who are not quite so friendly can avoid each other. If there is not enough space for additional paths, a partition, which the horses must not round, can sometimes be used to create an incentive to move. Paths that are used regularly must be paved, otherwise, horses will, unfortunately, break them. High-quality paddock panels are ideal here, some of which can also be laid without a substructure.

Such plastic mesh panels are also suitable for (partial) fastening of the run – also an important improvement for many open stables so that the horses do not have to stand in the mud when it is raining. How the floor has to be fixed always depends on the local conditions. If in doubt, it is worth talking to horse owners in the neighborhood and asking them about their experiences. Paddock plates have proven themselves at least many times.