Horses are not only noble and beautiful animals, but they have also been important helpers for thousands of years: They carry people over long distances and also transport heavy loads.

Horses belong to the so-called equids: this name describes the typical feature that distinguishes them from all other hoofed animals: Only the middle toe of their hoof is developed in the form of a single hoof. Only tiny remnants remain of the remaining cloves. The horse’s head is large and elongated. The eyes sit on the sides of the head and the upper lip is formed into the velvety nostrils.

The mane and tail are also typical. The four long legs make the horses fast runners. A racehorse can be up to 60 kilometers per hour. Depending on the breed they belong to, horses can be built very narrow like a racehorse or stocky like a workhorse.

Where do horses live?

The direct ancestors of our horses come from Inner Asia. Today, however, horses are spread all over the world by humans. Horses are originally pure steppe animals. They are perfectly adapted to life in the steppe and are running and flight animals. The bred domestic horses can now be found everywhere where people live.

What types of horses are there? 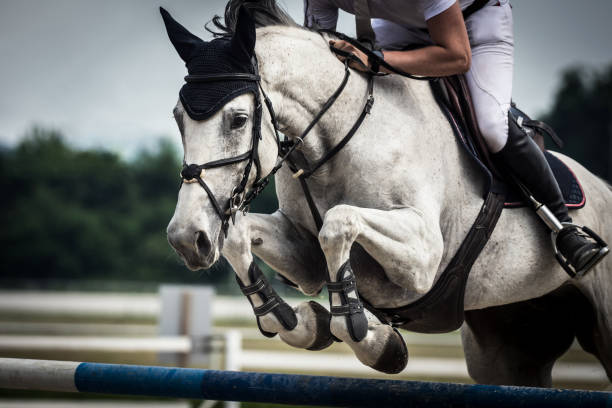 The genus of horses includes five subgenera: These are the zebra, the Grevy’s zebra, the wild horse, the Asian wild ass, and the African wild ass. There are only six species in total, but several subspecies. Wild horses formerly native to Europe and Asia include the tarpan, the Przewalski’s horse, and two subspecies of the European forest wild horse. For a long time, it was thought that the Urwild or Przewalski horse was the ancestor of our domestic horse. Today it is assumed that it is the Exmoor pony.

There are a variety of horse breeds that have been bred by humans. They are grouped into different groups: Thoroughbreds have a relatively long body and narrow head and are very spirited. The so-called half-breeds were crossed with calmer horses, such as the Trakehner horses and the Hanoverians. The third group is the draft horses: they are heavy, powerful workhorses with a powerful head and strong neck. One of the best-known and oldest breeds of them is the French Ardennes.

It is believed to have descended from the prehistoric Solutré horse and was used as a draft and warhorse as early as the Roman era. They are 1.55 to 1.65 meters tall. As with many draft horses, their legs are long hairy on the underside. The coat of horses can be of different colors, from black to beige and brown to white. White horses are called white horses. However, they are born dark and only become white in the course of two to twelve years.

At a certain stage of the color change, the animals have dark spots or circular spots in their fur – then they are called dapple gray. They usually turn completely white with age. However, some of them retain these spots for life.

How old do horses get?

With good care and species-appropriate husbandry, domestic horses can live to be around 30 years old, some even older. Wild horses, on the other hand, do not reach such a high age.

You can tell a horse’s age by the shape of its teeth. Between the ages of two and a half and four and a half, horses lose their baby teeth and get their real teeth. Depending on their age, they have different numbers and depths of black indentations, which horse connoisseurs can use to determine their age. 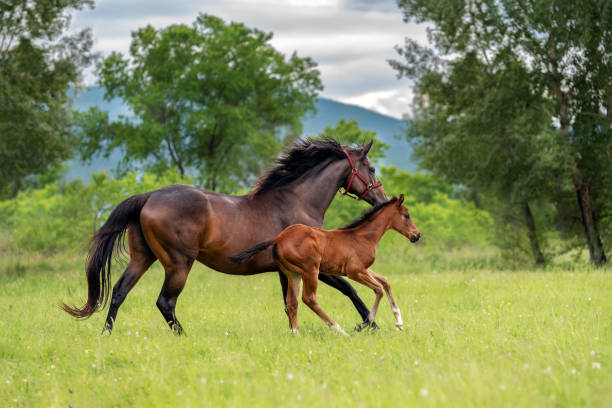 How do horses live?

Like all equines, horses are herd animals. Life in a herd offers protection to the animals, as members of a herd warn each other of dangers. They use their excellent sense of smell and hearing to help them. However, they cannot see very well. A herd living in the wild includes several mares with their foals, young stallions, and a lead stallion.

In every herd, there is a precise hierarchy. Horses have a very good sense of direction. There are many stories that tell how horses found their way home from far away without a rider or coachman.

Because there are numerous fossil finds, the evolutionary history of the horse is very well known. It is known that the primeval ancestors of today’s horses came from North America. They were only the size of a fox, but like today’s horses, they ate grass and were adapted to life in the steppe.

Their successors were already very similar to our horses and emerged 10 to 3 million years ago. These animals traveled great distances and thus came to Asia, Europe, and Africa via the then still existing land bridge between Asia and America. They died out in North America about 2.5 million years ago because the climate there deteriorated.