The Gila Monster is one of the few venomous lizard species in the world.

With their strong bodies, short necks, and flat, triangular heads, these dinosaur descendants look a bit fierce. They are about 45 to 61 centimeters long and weigh between 1.4 and 2.2 kilograms. Their tail is thick and round, their legs are short and strong and they have five sharp claws on each foot.

Their backs are covered with ossified hump scales, their abdomens with flat, little ossified shields. The basic color of their body is dark brown to black and they are patterned with many irregular reddish spots.

Where do Gila beaded lizards live? 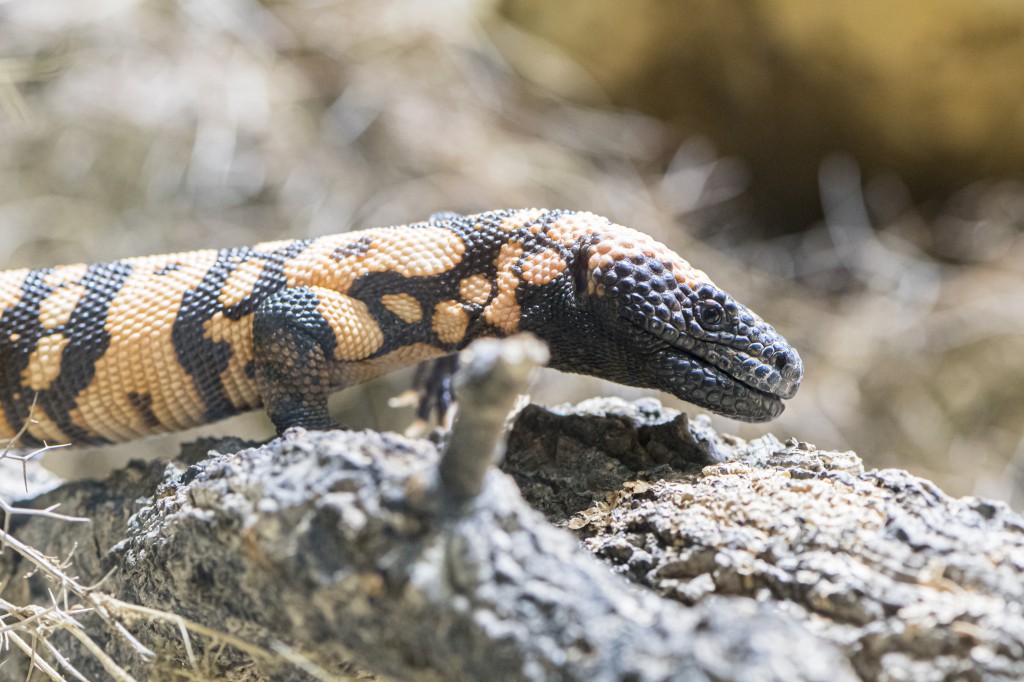 Gila Monsters are strictly bottom dwellers. They are found in the desert regions as well as in the grasslands of their homeland. The scorpion beaded lizard, on the other hand, prefers wooded areas.

Which beaded lizard species are there?

Beaded lizards form a separate family with only two species. In addition to the Gila beaded lizard, there is also the scorpion beaded lizard (Heloderma horridum). Both belong to the group of monitor lizards and are related to monitoring lizards and earless monitors.

How old do Gila beaded lizards get?

How do beaded lizards live?

Beaded lizards cannot deliver a large amount of venom with a single quick bite, but bite into their victim and then massage the venom into the bite wound with chewing movements. They bite so tightly that they can hardly be detached from their prey. The wound swells quickly and causes severe pain. The skin becomes discolored and nausea and vomiting may occur. For small animals, the bite is fatal, for humans only in some cases.

Especially if people suffer an allergic shock after being bitten by the lizard, they can die from it. However, Gila Monsters are not aggressive, they only bite when they feel threatened and want to defend themselves. Because Gila beaded lizards have thin skin, they are not particularly well adapted to their desert-like, hot environment.

They are therefore most active in the twilight or at night, only on cooler days, one can observe how they tongue-licking search for food. Otherwise, they stay in burrows during the day. Although native to desert regions, Gila beaded lizards are good swimmers.

Beaded lizards are real hunger artists: When times are good, they store a lot of fat in their tails, which then gets thicker and thicker. If food is scarce, they can last for months – even years according to some reports – and feed on the fat reserves. Then the tail slowly gets thinner and thinner and the lizards lose weight down to a skeleton.

Friends and foes of the Gila Monsters

Because they are venomous, Gila beaded lizards have few natural enemies. Only birds of prey or coyotes can be dangerous to them.

How do Gila beaded lizards reproduce?

The mating season for the Gila beaded lizards is from June to July. The females lay three to 13 elongated, cylindrical eggs in burrows. After about 30 days, the young lizard hatch, which can be up to 20 centimeters long. You are immediately independent.

How do Gila beaded lizards communicate?

Before biting, Gila beaded lizards snarl or hiss as a warning. Otherwise, they don’t make any sounds. 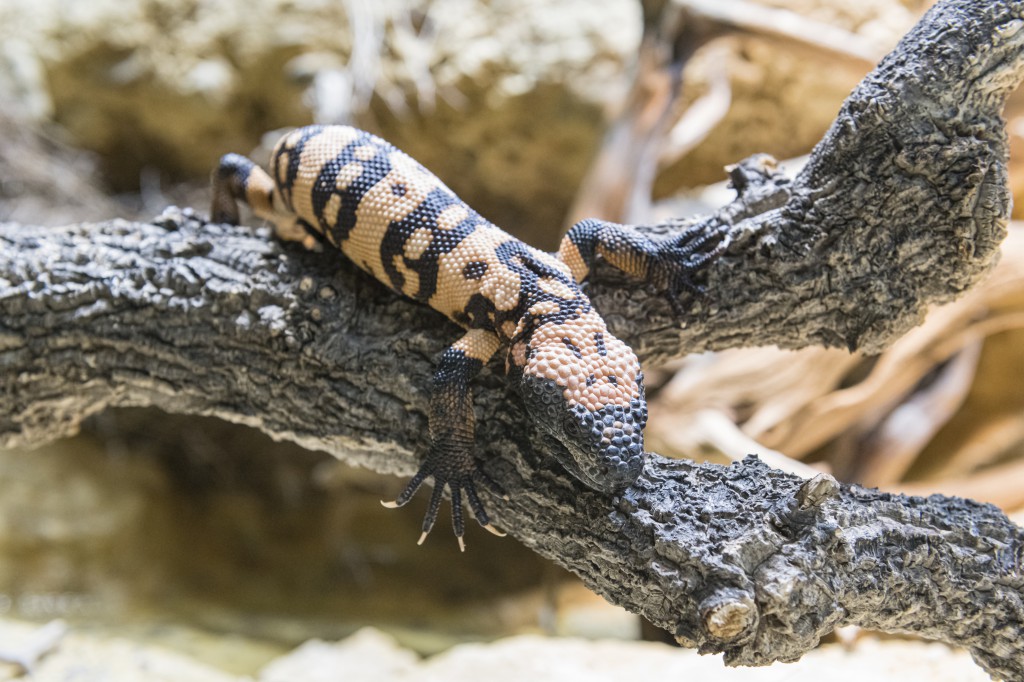 What Do Gila Monsters Eat?

Beaded lizards are not suitable as pets because they are poisonous and there is no antiserum against their poison. Only people who have a lot of experience with reptiles can care for them in a species-appropriate manner. But beaded lizards are kept in some zoos. For example, because they grow quite large, beaded lizards that are 50 cm long need a terrarium that is about 2 meters long, 1.5 meters wide, and 2 meters high.