The French bulldog has been one of the most popular dog breeds for a long time. No wonder, since hardly anyone can escape their charm and playfulness. With their balanced character, the “Frenchies” are also suitable for life in the city, as long as you take their urge to move into account. Unfortunately, the demand for popular breeds is often accompanied by negligence inbreeding, which has left many French Bulldogs short of breath. Read interesting facts about this intelligent character dog here. 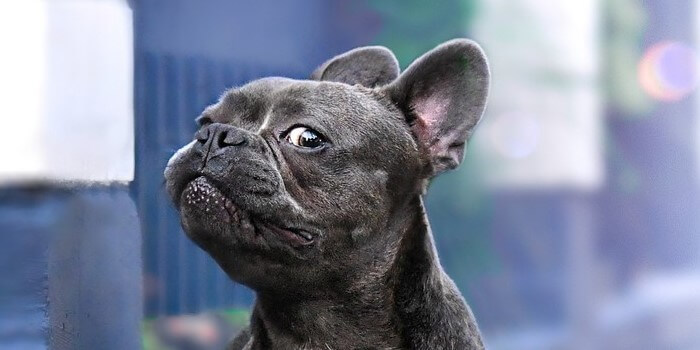 Origins in the Working-Class Milieu

Like Pugs and Dogues de Bordeaux, French Bulldogs belong to the Molossian family. Their English ancestors were bred for bloody bite fights until it was outlawed by law in the 19th century. Bulldogs came to France as companions of British textile guest workers and were initially typical workers, coachmen, and butcher dogs whose job was to bite rats. There were crossings with local Pugs, Spitz, and Terriers. The look of the modern French Bulldog is based on this colorful mix of breeds, which soon made the little dogs popular in other social classes and in artistic circles. From then on, the breed became increasingly popular with the wealthy and aristocratic of society. In 1880 the first breed club was founded in Paris and a systematic breeding standard was developed. At the beginning of the 20th century, the umbrella organization Fédération Cynologique Internationale (FCI) was founded, which divided dog breeds into different groups. French Bulldogs belong to FCI Group 9 “Company and Companion Dogs”. Also, the Pugs and the Cavalier King Charles Spaniel are included in this FCI group.

The colors of the French bulldog are varied: spotted, with or without brindle, from an even to gradations such as latte or red. According to the breed guidelines, colors such as black with red “branding”, blue and brown are not desired.

Temperament of the French Bulldog

Characteristic bat ears, wrinkled forehead, and hanging lips: the French version of the Bulldog looks a little grim. But this impression is deceptive. The temperament of the French Bulldog is balanced and good-natured, but also lively and stubborn. Alert and loyal, the French Bulldog makes an ideal companion dog and always wants to be close to its owners. She is affectionate, cuddly, and very affable when in contact with children. She absolutely needs direct family contact and is not suitable for kennel keeping. She much prefers to sleep next to (or directly in) the bed and snores. French Bulldogs are good watchdogs but have little hunting instinct. Dealing with strangers and other animals is also loving and uncomplicated. In terms of character, French Bulldogs are really cheerful dogs who need a loving hand, build a strong bond with people, and like to adapt to the family’s rhythm of life.

Keeping the French Bulldog is uncomplicated, even for newcomers to dogs. Due to its size and sociability, it is also suitable as an apartment dog, but it should be spared excessive stairs. Nevertheless, the animal needs enough exercise and play units. You have to be careful that the dog doesn’t exhaust itself from sudden exuberance. There are no breed-specific difficulties in raising the French Bulldog, apart from the fact that it can be difficult not to be drawn in by the dog’s charm. Consistency in training is absolutely necessary for the dog to accept you as an alpha animal. French Bulldogs are docile and always keen to please their human. So don’t skimp on praise! 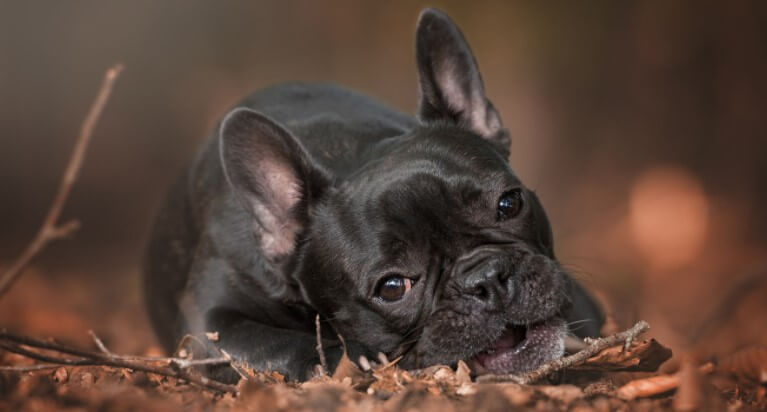 Due to their lively nature, French Bulldogs love to romp and play, but should because of the breed’s shortness of breath not be overloaded. They are not sports cannons and are not suitable for competitive sports such as cycling or jogging. The short-bred snout can lead to overexertion with breathing problems, the dog can no longer regulate its body temperature by panting and there is a risk of overheating. Therefore, the French Bulldog should retreat to a shady spot when temperatures are high in summer and not constantly romp around with the children in the garden. This dog breed is also not one of the good swimmers. The small legs and the relatively large head are not the best prerequisites for this. Nevertheless, French Bulldogs love the water and look forward to a small paddling pool in summer to cool off.

But all this does not mean that moderate dog sport is not possible with these lively dogs. Dog agility or tracking are sports in which the French Bulldog can really work out. Because here fun and games are in the foreground and not enduring performance.

What Should Be Considered Before Buying?

Due to their loving nature, French Bulldogs are ideal for families with children, single people in city apartments, and older active people. However, to protect their joints, dogs with short legs are not allowed to climb stairs excessively. A house with an elevator or an apartment on the ground floor is ideal. The life expectancy of animals is about 12 years. Before buying, consider whether you can offer the dog a good home for this period of time, even if life circumstances change.

Basically, you should always buy dogs from a reputable breeder who breeds only healthy parents, who socialize animals lovingly from the start, and is also open to your questions after purchase. Even if he is eyeing you as a new owner, this is always a good sign, because he is looking for the best homes for his charges. As a rule, you can also visit the puppies several times before they finally go home. What is especially important: Both parents and the puppy should be able to breathe freely and their noses should be longer. Due to fashion, they were bred less and less, which led to breathing problems in animals and had health consequences.