The mink is a small, agile predator. Because it is very well adapted to life on and in the water, it is also called a swamp otter.

European mink belong to the carnivore order and the mustelid family. Their physique is reminiscent of a polecat: they are elongated, slim and 35 to 40 centimeters tall. The tail measures about 14 centimeters.

Mink weigh 500 to 900 grams, the females are usually slightly smaller and lighter than the males. The dense fur is dark brown. The white spot on the lower lip, chin, and upper lip are typical. The ears are relatively small and protrude slightly from the fur. The short legs are also typical. The toes are connected by webs – an indication that the animals are also in the water.

Where do European mink live? 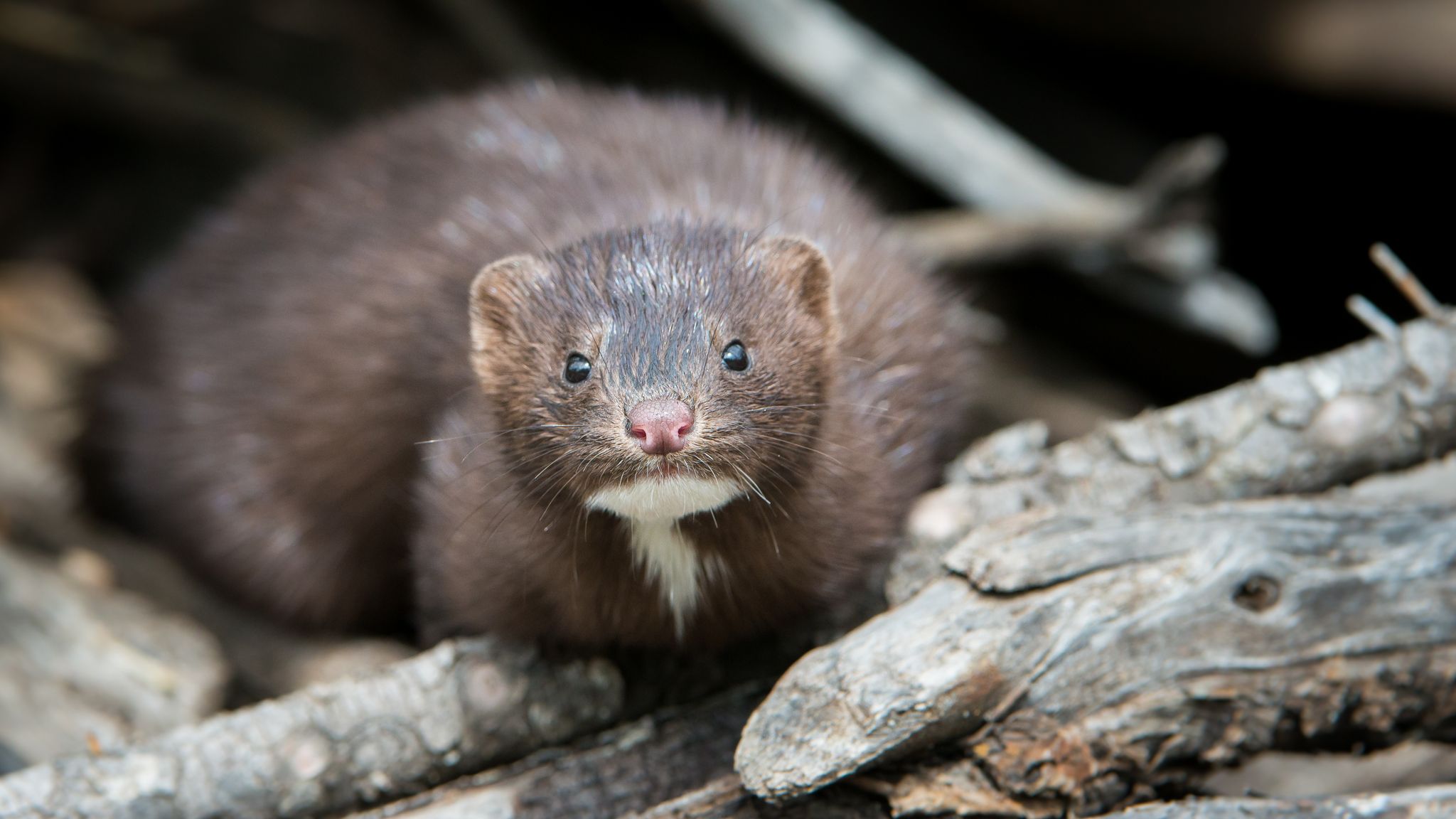 European mink used to be common in France and Germany; also to the north to the Russian taiga, to the south to the Black Sea, and to the east to the Caspian Sea. Today, however, they are extinct in Germany and the rest of Central Europe.

The European mink needs habitats that are close to water. That is why it can be found in forests with plenty of water, on streams, rivers, lakes, and in swamps. It is important that the waters are clean and lush with plants and trees. Mink love fallen trees and large boulders because they can hide well in the cavities of the roots or in crevices. In their habitat, they occur from sea level to alpine regions.

Which (European) mink species are there?

The marten family includes 65 species that live in Europe, Asia, and North and Central America: These include badgers, weasels, polecats, and martens. The closest relatives to the European mink are the European polecat and the Siberian fire weasel.

How old do European mink get?

The European mink can live up to ten years in captivity.

How do European mink live?

Mink mostly stay in their territory. Other conspecifics are driven away by them. The animals are nocturnal, so they only come out of their hiding places at dusk. They live as loners, they are only found in groups during the breeding season: These consist of the mothers with their young, who usually stay together until autumn.

Mink live in a burrow that they dig themselves or take over from other animals. This cave is usually located near a body of water and has two entrances: one goes towards the water, the other towards the land side. This ensures that enough air can enter the cave even when the water level is high.

Friends and foes of the European mink

In addition to larger predators such as otters, badgers, foxes, raccoon dogs, raccoons and eagle owls, the mink’s main enemy is humans: the animals used to be hunted mercilessly because of their fur.

How do European mink breed?

Mink mating season is in spring, around March and April. However, they do not form permanent pairs: the males mate with several females and then leave them again.

About six weeks after mating, the females give birth to two to seven young. Mink babies are tiny: they weigh only ten grams, are naked and blind, and are completely dependent on their mother. Their downy fur is light purple and it takes a few weeks for them to grow a real coat. Then they are colored like their parents.

How do European mink communicate?

Mink emit sounds that sound like whistles or trills.

What do European mink eat?

Mink eat other small animals such as crabs, snails, insects, fish, and frogs; also birds and other small mammals such as mice. They also hunt in winter: they even keep holes in the ice open for themselves so that they can hunt under the ice in the water for frogs that hibernate there.

Mink are bred in fur farms because their fur is very valuable. Today, however, only American mink can be found in animal farms. Breeding resulted in animals with different coat colors such as black with a violet sheen, or silver. There are also projects in Germany with captive breeding stations at zoos and animal farms. There the mink are bred and released in observation stations. The majority of the animals are then later released into the wild or placed in protected areas.