Daring, sometimes a little stubborn and extremely affectionate: the cheerful temperamental dog from the island conquers hearts by storm. The English Cocker Spaniel is docile, friendly, and playful. It is not surprising that he has been among the ten most popular purebred dogs for many years. Who knows? Perhaps you, too, will fall in love with a lively, always wagging tail and a cheerful charmer. 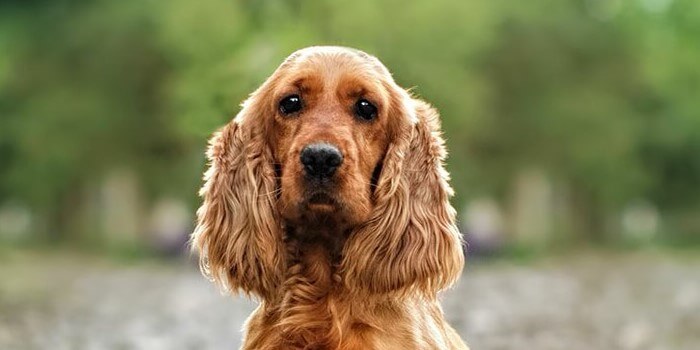 Passion for the Instinct

Records from the 14th century suggest that an early form of the hunting dog was already in existence at that time, making the English Cocker Spaniel one of the oldest Spaniel breeds. Spaniels are also mentioned in the works of Shakespeare. A distinction was made between the Field Spaniel and a smaller variant, the Cocking or Cocker Spaniel. The career of the modern English Cocker Spaniel began in British hunting circles in the 19th century. Like a scavenging dog, the nimble animal tracked poultry and small game through the undergrowth and chased them in front of their owners’ guns. In 1885, the first spaniel club was formed and the breed standards were defined. The English Cocker Spaniel has been recognized as a breed in its own right since the mid-1940s and is in demand as a working dog in drug investigations.

Personality of the English Cocker Spaniel

As for the temperament of the English Cocker Spaniel, it embodies a human-oriented, uncomplicated family dog. He is affectionate and affectionate, loves to play and mess around. He spreads a good mood with his cheerful nature. Sometimes he can be stubborn. He is extremely affectionate towards his people, but is also quick to make friends with strangers and does not show suspicion. The English Cocker Spaniel is considered to be quite a barker, due to its real job, and should be considered when keeping it in high-security apartment buildings. 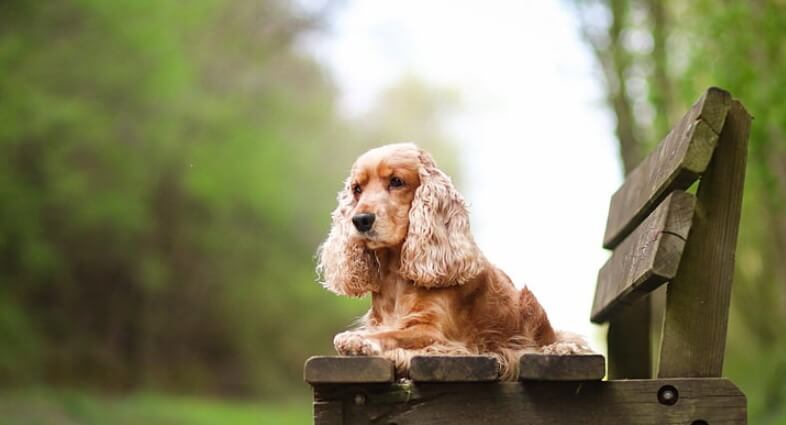 You can counteract the occasional bout of stubbornness well by consistent training and by using the English Cocker Spaniel’s weakness for treats. Thus, the animal learns very quickly that it is not worth trampling on its human. He will cooperate enthusiastically if you offer him mental stimulation and tasks for his sensitive nose. With its agile and alert temperament, the English Cocker Spaniel will become your companion when jogging, cycling, and other outdoor activities.

For grooming, you need to brush and trim visits about every two months. In particular, it is necessary to always care for parts of the ears with long floppy ears in order to prevent infections and to detect foreign bodies such as grass awns in a timely manner. Cocker Spaniels are never averse to snacking. Make sure your dog is not overweight. Other health deficiencies are periodic tumor-like formations and imbalance, the so-called congenital vestibular syndrome. Cocker rage, a tendency to spontaneous aggression, presumably based on a genetic defect, is very rare. The lifespan of the English Cocker Spaniel is highly variable, ranging from ten to 17 years.