Has the dog just drunk water and is already coughing? There can be several reasons for coughing after drinking water. We will tell you which ones.

Perhaps you know this from yourself: sometimes you drink too quickly or get distracted, and a few drops go to the wrong place. And then – logically – we cough. However, this does not necessarily mean that we are sick. What if your dog coughs after drinking?

We can be very similar to our dogs. They, too, sometimes cough after drinking if they are in too much of a hurry to freshen up. However, coughing and drinking in dogs also have many health reasons. We present three possible reasons here:

Contents show
1 Tracheal Collapse
2 Hypoplasia
3 Kennel Cough
4 My Dog is Coughing After Drinking – What Should I Do? 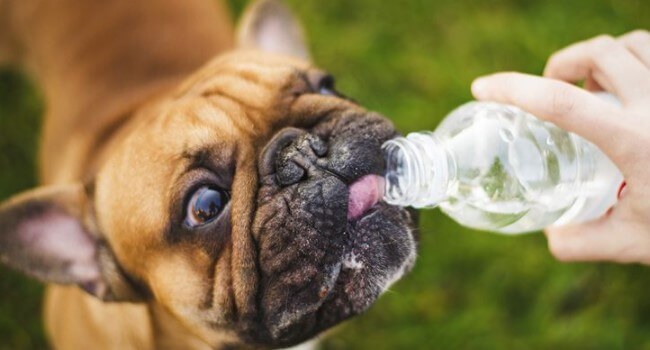 In dogs, the trachea can collapse, making it narrower, and the dog can have severe breathing problems. In veterinary medicine, this is called tracheal collapse. One possible symptom is a cough.

By the way, dogs also tend to cough when the trachea collapses or the windpipe is irritated, when they are agitated or pulled on the leash. Typical barking cough with suffocating sound. Small dog breeds such as Yorkshire Terriers and Chihuahuas are especially prone to tracheal collapse.

Hypoplasia is another condition in which the trachea in affected dogs is too narrow. It is a congenital disorder that, depending on the severity, can cause coughing, increased shortness of breath, and even shortness of breath. This is because the trachea does not reach its full size and width. Whether a dog has hypoplasia can often be seen in puppyhood. Dogs with short noses such as bulldogs and pugs are particularly affected.

So if you have a young dog that is coughing after drinking, it could be due to hypoplasia.

A slightly less serious cause of your dog’s cough is the so-called Kennel cough. Basically, it is the animal equivalent of the common cold in humans and can affect dogs of any breed and any age. And then a cough can appear after drinking.

My Dog is Coughing After Drinking – What Should I Do? 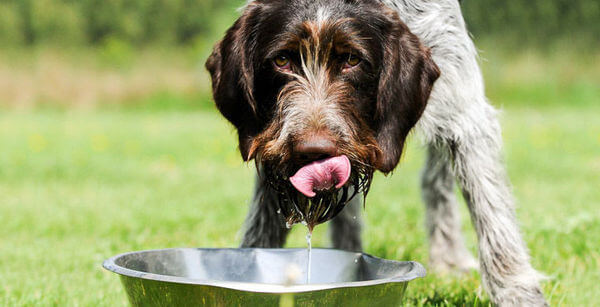 Above all: stay calm. If your dog has a tapered cough and is otherwise healthy, it usually clears up on its own after a few days. However, if your dog is small or short-nosed, it is worth visiting your veterinarian. There your dog should be examined for tracheal collapse or hypoplasia.

Note. Being overweight can also lead to breathing problems in dogs. Therefore, you should not overfeed your dog. You may also consider replacing the collar with a dog harness. Depending on the stage, a dog with tracheal collapse may continue a normal life or may need to be treated with medication or even surgery.