Coconut oil is one of the new trends in alternative treatment and care for cats. Whether as protection against parasites, for shiny fur or even to treat digestive problems in cats – coconut oil is said to have all sorts of positive effects. We take a closer look at the benefits and risks of using coconut oil for cats.

External Use of Coconut Oil for Cats 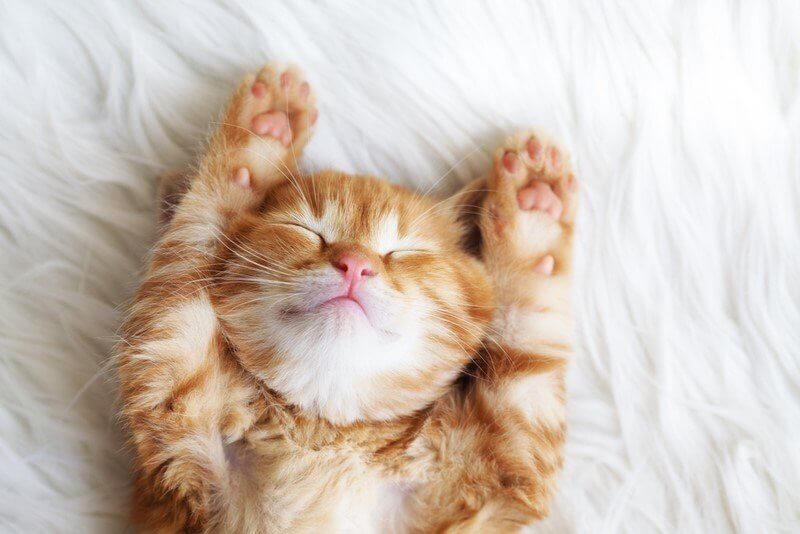 When used externally, the coconut oil is applied to the cat’s skin or fur. It should have two different effects: a care effect and protection against parasites.

Applied externally, coconut oil is said to ensure a soft, supple coat in cats. There is no question that this works – it is not without reason that the cosmetics industry has long since discovered fragrant oil as a care product for human skin and hair.

What works for humans, also works for cats: If the coconut oil is massaged into the fur sparingly, the cat’s fur gets a silky sheen. However, if you have dull fur, you should first clarify the cause of the symptoms before resorting to coconut oil as an alternative remedy.

Dull fur can indicate illnesses or deficiency symptoms in the cat and should not only be treated cosmetically. Symptoms such as dry and itchy skin, which can manifest themselves in the cat’s increased scratching, should first be clarified by a veterinarian.

Another use of coconut oil for most cats is the application of the oil as a protective layer against parasites. The oil is said to prevent parasite infestation if you rub the coconut oil. The odor and the lauric acid contained are intended to deter or even kill the parasites so that they stay away from the cat. There are several types of parasites that coconut oil is intended to deter cats. You can use coconut oil against ticks, lice, mites, and fleas. Some experience reports recommend that you rub the cat with coconut oil about three times a week to protect it from parasite infestation. However, so far there are no studies that prove that the oil is reliably effective as an insect and parasite repellent.

Internal Use of Coconut Oil for Cats 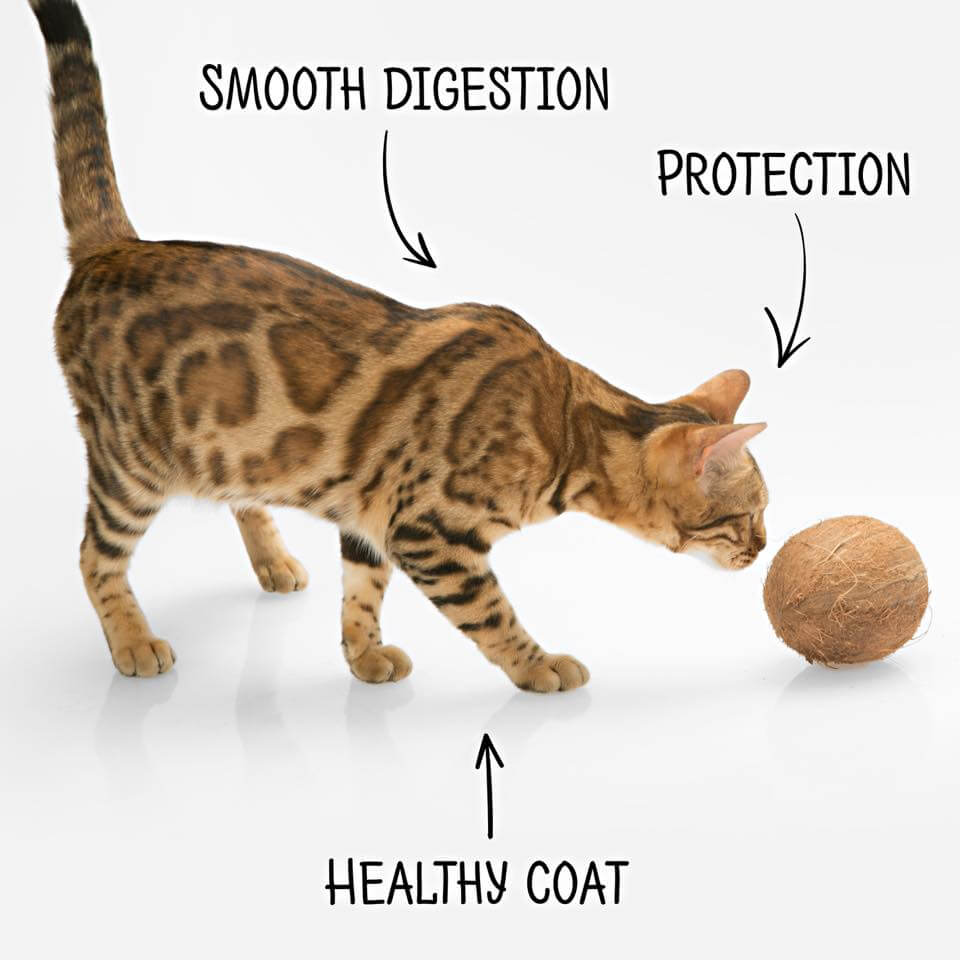 When using coconut oil for cats internally, the coconut oil is regularly mixed into the cat’s food. The oil is said to strengthen the cat’s immune system and also stimulate the cat’s appetite. The oil can help relieve indigestion and aid digestion of hairballs. At the same time, coconut oil serves as a dietary supplement for cats, as the oil contains numerous trace elements and minerals. The recommended dosage of coconut oil for cats is between a quarter and a half teaspoon of oil per day. Oil should not be fed to cats that are prone to obesity, as coconut oil can put a strain on the animal’s pancreas.

Is Coconut Oil Dangerous for Cats? 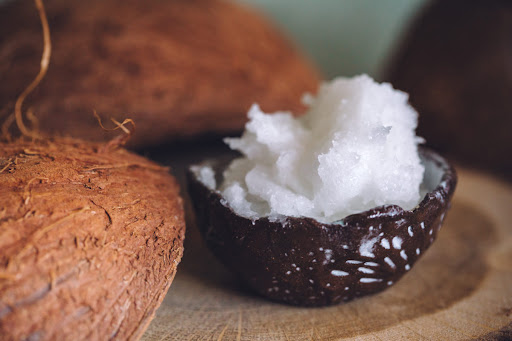 When using it, the benefit and risks must always be weighed up. Coconut oil for external use sounds like a good alternative to harmful chemical parasite products. However, coconut oil can also be harmful to cats. The intense smell of the oil can irritate the cat and its cleaning behavior can be intensified. If the cat brushes itself, the oil is gradually removed from the fur and the protective effect against parasites is no longer given. To see if the cat is reacting to the coconut oil, it should be carefully tested on a single area of ​​the body. If the cat is allergic or sensitive to the oil, it is not recommended to use it.

Giving coconut oil as a dietary supplement is usually not harmful to the cat. Here, too, care should be taken to ensure that the cat does not have an allergic reaction to the ingredients. If the oil is used internally, you should definitely use pure, high-quality organic coconut oil. Corresponding products are available in supermarkets and on the Internet in all price segments. Coconut oil for cats should be used sparingly. If you experience digestive problems or diarrhea, the dose should be reduced or treatment should be stopped.