These great apes are our closest relatives in the animal kingdom. They are considered the most intelligent animals and fascinate us so much because their behavior is so similar to ours.

Chimpanzees are a genus in the great ape family, along with gorillas, orangutans, and humans. They have the typical physique of the great apes: the trunk is 70 to 94 centimeters long. Raised on their hind legs, they are 100 to 170 centimeters tall. The females are significantly smaller than the males and only grow up to 130 centimeters.

The weight of males and females also differs: males weigh between 35 and 70 kilograms, while females only weigh 25 to 50 kilograms. Like all great apes, chimpanzees do not have a tail.

The arms, which are significantly longer than the legs, are typical of chimpanzees. They have five fingers and toes on their hands and feet. The animals can place their thumbs or big toe opposite the other fingers or toes so that hands and feet are perfect for grasping and turning the animals into true climbing professionals. The fur of the chimpanzee is dark brown to black.

The face is hairless and light in young animals, dark in adult animals. The palms of the hands, soles of the feet, the tops of the fingers and toes, and the region around the anus are also hairless. The protruding snout and the bulges over the eyes give the animals their characteristic appearance. Chimpanzees have powerful teeth – the canines of the males are particularly impressive and can be dangerous weapons.

Where do chimpanzees live? 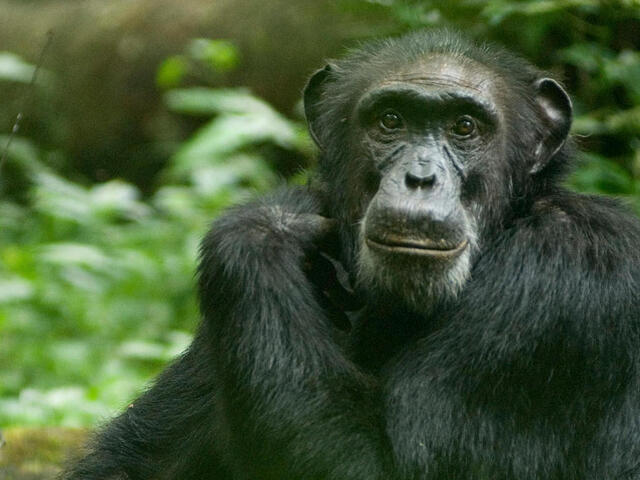 Unlike gorillas and orangutans, chimpanzees live in very different habitats: They inhabit the rainforest, but also the savannah, where only a few trees grow. Bonobos, on the other hand, are only found in rainforests.

What species of chimpanzees are there?

Researchers divide chimpanzees into four subspecies found in different regions of Africa. The chimpanzee family also includes the bonobo (Pan paniscus), which is more delicate than the common chimpanzee.

How old do chimpanzees get?

How do chimpanzees live?

Humans and chimpanzees share a common ancestor, and 99 percent of their genetic information is identical to our genes. That is why they are so familiar to us. In particular, the work of the famous behavioral scientist Jane Goodall has shown us how similar the behavior of chimpanzees and humans can be. Chimpanzees are considered the most intelligent animals. In addition to distinctive social behavior, they are famous for using tools: they use stones and pieces of wood as hammers, make sticks out of branches with which they poke for food, or use chewed leaves as sponges.

The young animals learn how to use the tools by copying the adults. Adult animals also learn from each other by watching. Although chimpanzees cannot speak because their larynx is not designed for it, in captivity chimpanzees have been trained to use sign language, which is very useful for communicating with their keepers.

Chimpanzees are active during the day. They stay on the ground and also in the trees, where they skillfully swing from branch to branch. When they walk on the ground, they support themselves on the knuckles of their hands. At night they sleep on trees in nests made of leaves and twigs. 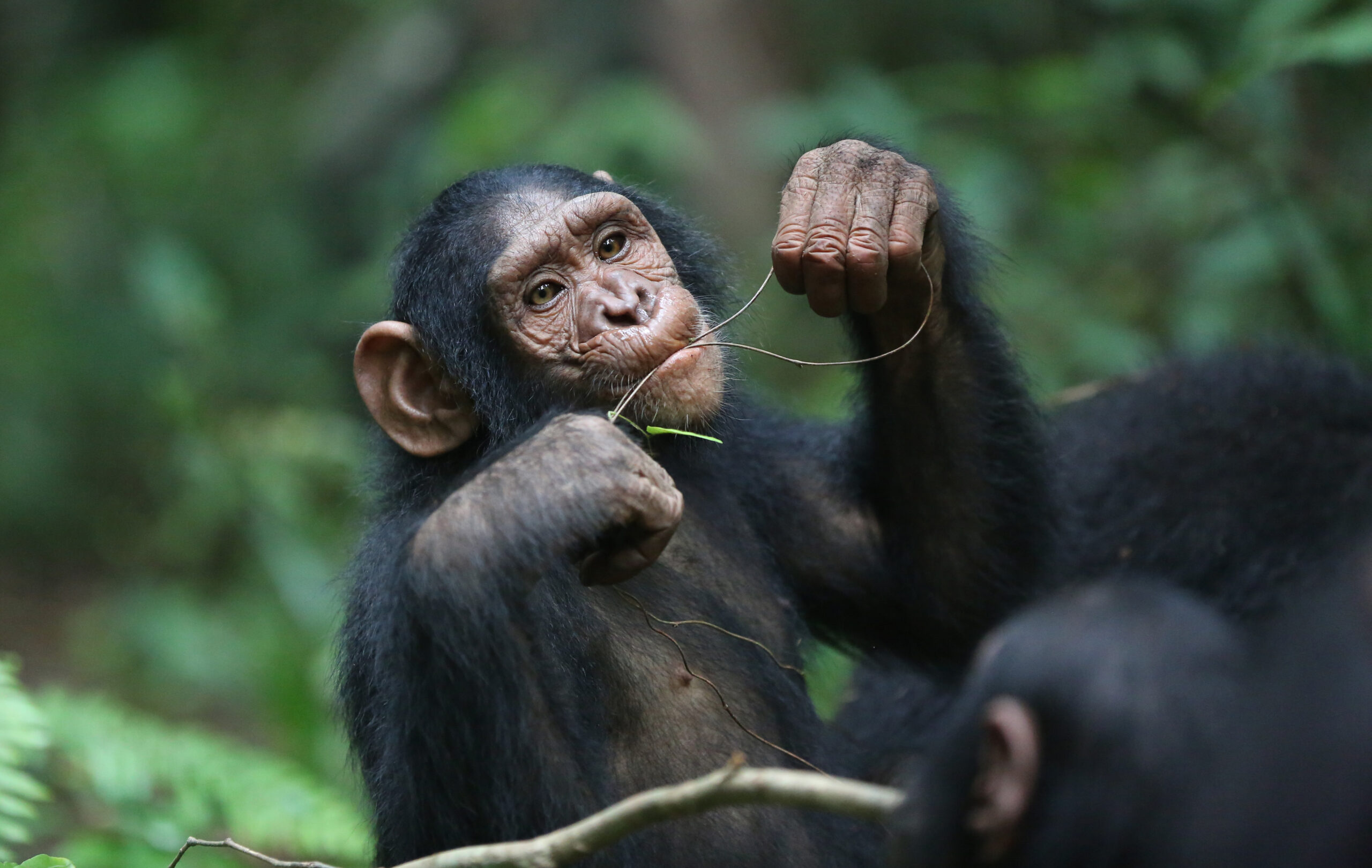 Chimpanzees are very sociable. They live in clans of up to 60 animals, divided into small sub-groups. The composition of these subgroups can change again and again. This means that the animals keep coming together to form new small groups. The leader is usually a male. Chimpanzees can often be seen grooming each other. This behavior is very important: it shows the animals that they belong together and like each other. In addition, grooming also reflects the hierarchy: lower-ranking animals usually care for the fur of higher-ranking animals.

However, chimpanzees can also be very aggressive: Serious fights can occur, especially between groups consisting only of young males. And it is also known that chimpanzees sometimes prey on smaller species of monkeys or even kill the offspring of other chimpanzees.

Friends and foes of the chimpanzee

Next to predators, humans are the chimpanzee’s greatest enemy. Animals used to be hunted and caught. This is forbidden today, but because people are destroying and colonizing the habitat of the animals, they find less and less space to live.