There are many varieties of canaries today: the talented songbirds are among the most common birds kept by humans, along with budgerigars.

Actually, the canary is called Canary girlz: That is its wild ancestor, from which the canary was bred. Like the canary girlitz, the canary belongs to the finch family and thus to the songbirds. The canaries measure an average of 13.5 to 14.5 centimeters, slightly larger than their wild ancestor, the canary. Special breeds can also be as small as 11 centimeters or as large as 23 centimeters. The yellow plumage is typical of the birds. However, today there are also breeds whose feathers are white, red, brown, or light brown. Some breeds wear a crest of feathers on their heads.

Where do canaries live?

The home of the Canary Girlitz is the Canary Islands, the Azores, and the island of Madeira. The birds were discovered there in the 15th century and brought to mainland Europe and bred by Europeans. 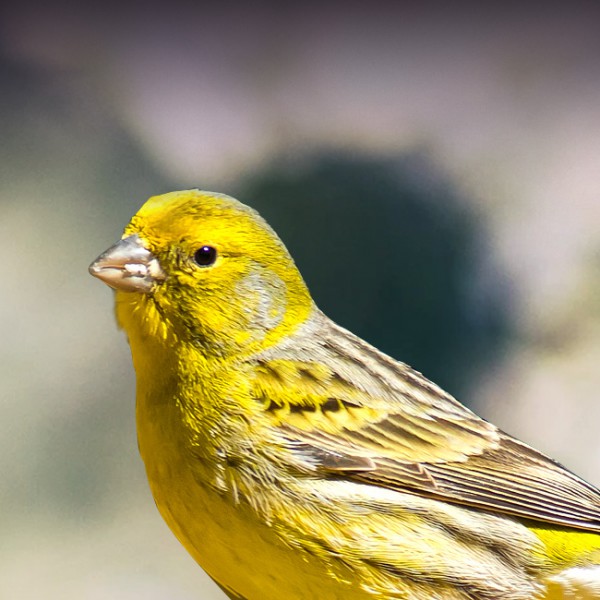 The wild canary mainly inhabits open habitats with trees and bushes. It can be found from the coast up to 2000 meters above sea level.

What types of canaries are there?

There are countless breeds of canaries today, which differ in their special characteristics and abilities: There are breeds that were bred primarily for their special song and breeds that are characterized by special plumage or a special plumage coloration. The star among the so-called singing canaries is the “Harzer Roller”: Thanks to his special singing technique, he became known all over the world. The closest relatives of the wild canary are, for example, the goldfinch or the redpoll.

How old do canaries get?

The canaries live an average of six to ten years. But there are also said to have been birds that were over 30 years old.

How do canaries live?

If you can sing well, you can also hear well, and it’s the same with canaries: the animals have extremely good hearing. In addition, the birds not only let their innate song repertoire be heard, but also easily learn the songs of other birds and other melodies and tone sequences, but also noises from the environment. But not only canaries that are bred can do that, but also their ancestor, the canary girlz. Even more gifted than his tamed peers, he can reproduce up to 400 elements of melodies and melodies.

The canaries are diurnal. As soon as it gets dark, they go to their roost or perch on which they spend the night. They only leave him again at daybreak. They then forage for food and sing. In between, they clean their feathers with their beaks or take short rest breaks.

The canaries usually get along well and are sociable. That’s why you can and should always hold them in groups. The canaries that like each other preen or bill each other. But despite all the sociability, the birds always keep a certain distance from each other, for example when they are sitting on a branch to sleep. During the breeding season, however, the males defend their territory. For example, they threaten each other by spreading their wings.

Friends and foes of the canary

Like all small birds, canaries have, for example, cats or birds of prey as enemies and fear them instinctively. If startled by dark shadows or noise, they will fly around in panic.

How do canaries reproduce? 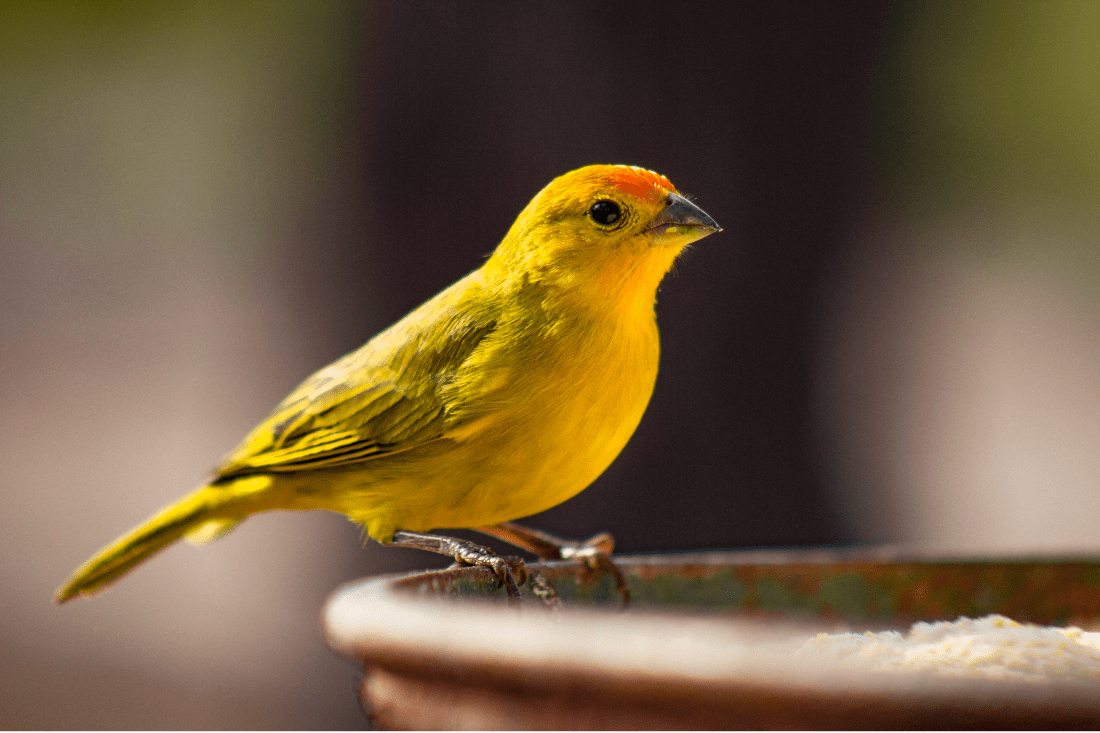 The breeding season begins in spring. When a male canary wants to conquer a female, he performs a dance in front of her. When the female is ready to mate, she trills and flaps her wings. After mating, the female builds the nest. In nature, birds use grass, animal hair, moss, and feathers for this. In the cage, wood wool and coconut fibers serve as nesting materials. While the female builds the nest, the male sings and feeds the female.

Eventually, the female lays three to five pale green eggs with reddish-brown dots. The eggs are hatched exclusively by the female. During this time, the male feeds it. The young hatch after 13 to 14 days. For the first few days, the male continues to bring pre-digested food to the female in the crop, and the female in turn feeds the young.

After about five days, the male also feeds the young directly. The young leave the nest for the first time at around 16 days. However, the parents continue to feed them until the 30th day. The male often looks after the young alone while the female incubates for the second time. At the age of three to four months, the young molt for the first time and are then sexually mature.