Is your dog’s bowl half empty or half full? The answer depends entirely on your dog’s mentality. According to a study from the University of Sydney, dogs can show signs of optimism and pessimism. This can, according to research leader Dr. Melissa Starling, explain behaviors and facilitate human understanding of what is going on inside their pet.

Contents show
1 The Experiment: Milk vs. Water
2 The Environment Affects the Dog’s Point of View
3 Pessimistic vs. Optimistic Traits
4 What Can We Learn From This?

The Experiment: Milk vs. Water 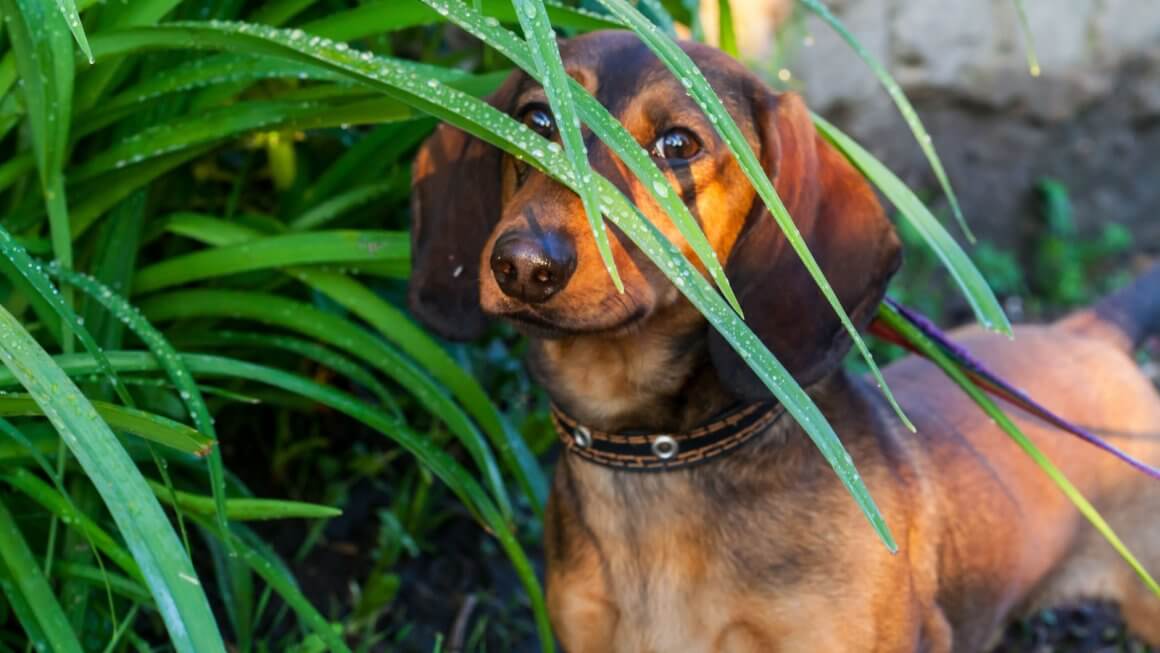 To perform the experiment, Starling and her team first had the dogs perform a test for cognitive distortion (bias), to examine whether the dog was ranked as optimistic or pessimistic. The team taught the dogs to touch a special point which then sprayed out a reward – either water or milk. Each stimulus was combined with a specific tone; one ton for water and another for milk.

“The machine plays a tone and if the tone being played signals water, the dogs do not touch the point, but if it is a milk signal, they touch the point to get some milk. This is called a “Go or No Go” methodology, “Starling explains.

Once the dogs have learned the difference between the two tones, the real study begins. Starling introduced new tones that lay between the two they had already learned. “What we want to do is give them ambiguous signals and say ‘this tone sounds a bit like the milk tone, but is not completely identical – how do you interpret that?'” She explains. “If they think it sounds like the milk tone enough, they will touch the point. If they perceive the sound as the tone of the water, they will not. ”

The research team was able to deduce whether a dog was more optimistic or pessimistic based on its reaction to the ambiguous signals. “The interesting thing is when they decide that the sound sounds more like water or milk,” Starling explains. The response to this test seemed to vary from dog to dog. Some dogs heard the uncategorized tones and continued to touch the point, even though the water was sprayed out, while others were too upset to continue.

The optimistic dogs continued to reach for the point to try, while the pessimistic dogs were riskier and did not want a chance. They could lick their mouths, look away from the target and, in some cases, even go and lie down in their basket and bully instead of being with ”.

The experiment was started with 40 dogs and then scaled down to 20 who passed the experiment. “We lost a couple of participants for various reasons,” says Starling. Some dogs simply did not like milk while others did not have enough patience to learn the difference between the two tones. The study was done in batches, with six dogs at a time, for two weeks. At the end of the study, the team noted that six dogs were optimistic, six were pessimistic and the other eight could be placed somewhere in between.

The Environment Affects the Dog’s Point of View

Starling found that the dog’s personality was strongly influenced by his background. Several of the optimistic dogs belonged, for example, to professional dog trainers. “These dogs probably get a lot of stimulation at home with, for example, clicker training and positive reinforcement,” says Starling. Several of the pessimists, on the other hand, were recruited from a service dog program.

Julie Hecht, researcher and doctoral student in animal behavior at the City University of New York, agrees with the theory that the dog’s view is associated with the environment the dog is in. ”If you are a dog from a puppy factory, you live a rather lousy life and therefore express a more pessimistic worldview, but that does not mean you are a pessimistic individual, ”says Hecht. “If you move to a new environment – an environment where you learn that people can be associated with security and joy – the dog’s view may change.”

Although Starling’s research results are still preliminary, she was able to derive a description of the traits she found in pessimistic and optimistic dogs. She also put together some tips for dog owners based on how this knowledge can benefit them in the future:

Characteristics of optimistic dogs: “If I saw a dog who was outgoing and interested in the world – exploratory and opportunistic – I would look at that dog as an optimistic dog,” she explains. “Patience is also an important factor, as these dogs keep trying. This is good when you, for example, clicker train your dog, as the dog will continue to try even when it is not rewarded with a click. However, this also means that the dog will continue to look for rewards and challenges when the clicker is set aside ”.

Characteristics of pessimistic dogs: “On the other end of the spectrum, we find dogs that are riskier. They do not like to take risks, are reluctant to go too far away from their master or mistress, may be perceived as tired or lethargic, and may take a lot of encouragement to get them to try new things. These are things that are associated with a pessimistic dog. Just like in the experiment, these things can appear in dog training. If they do not often and continuously receive rewards and feel good, they can become a little offended and unmotivated ”.

What Can We Learn From This? 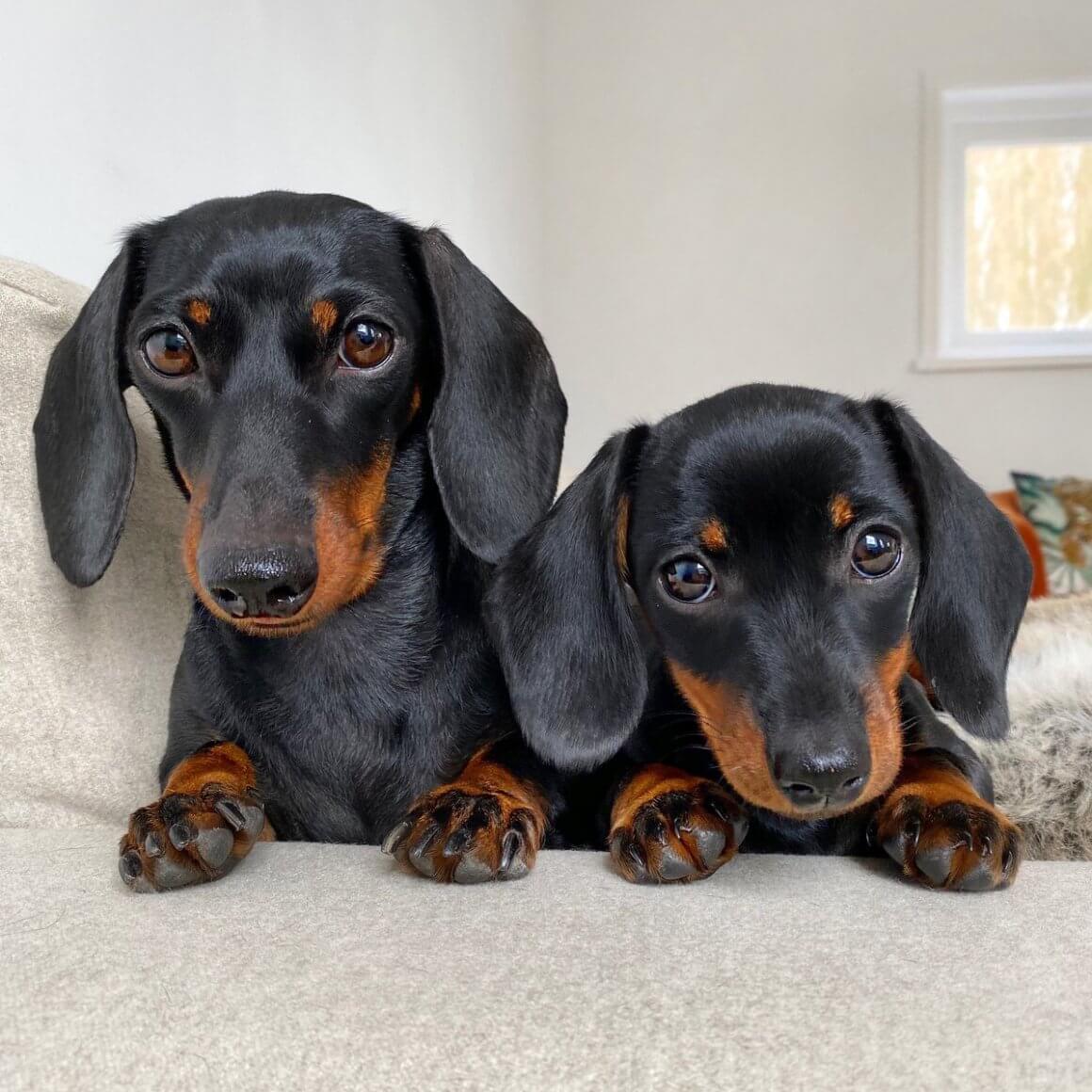 According to Starling, it can help a dog owner in his relationship with the dog to identify if the dog is a pessimist or optimist. This is because different characters need different types of encouragement. If you think your dog is risky and pessimistic – be patient. “These dogs need a little more encouragement than others and a little extra support,” she explains. “These dogs have a great need for feedback and stimulation.”

If, on the other hand, your dog is optimistic, you need to instead avoid the dog finding his own way of encouraging himself. “It is simply a matter of making sure that the dog does not harm itself, for example by eating something the family has dropped on the floor, or by jumping up on the kitchen counter to pinch a treat. Avoid creating opportunities of emptiness, ie. occasions where you have not made it clear to the dog what applies ”.

This research is just the tip of the iceberg. Starling continues to research dog behaviors and wants to develop clear tests that dog owners can perform to examine their dog’s mentality. Such knowledge not only strengthens the bond between dog and owner but can also be a tool in selecting dogs for specific tasks. A pessimistic dog can, for example, be a better service dog. “These dogs respond more quickly to reprimands and do not walk around the world thinking that everything is an opportunity for play and mischief, which an optimistic dog is more likely to do,” she says. If you are instead looking for a partner in sports and outdoor life, an optimistic dog who wants to test everything may be more suitable.

The most important thing to take with you from this study is the fact that dogs are emotional individuals and there are big differences between dogs in how they perceive stimuli in their immediate environment. This is just another tool for examining how dogs perceive the world, on an individual level.