The armadillos get their name from their skin bone armor made of belt-shaped bone rings and skin folds and make the animals unmistakable.

Armadillos, like anteaters and sloths, belong to a very old group of animals, namely to the superorder of the minor articulated animals. Their thoracic and lumbar vertebrae have extra joints that other mammals lack – hence the odd name.

Armadillos have a stocky body, short legs, and a tail. Typical is the armor made of horn and bone plates, which are connected by skin folds. The plates are often fused into shields at the front and back of the body, and they form belt-like rings in the middle of the body, making the animals very mobile. This typical feature can be found in the Spanish name of these animals: In Spanish, armadillos are called “armadillos”, which means something like “the small armored ones”. 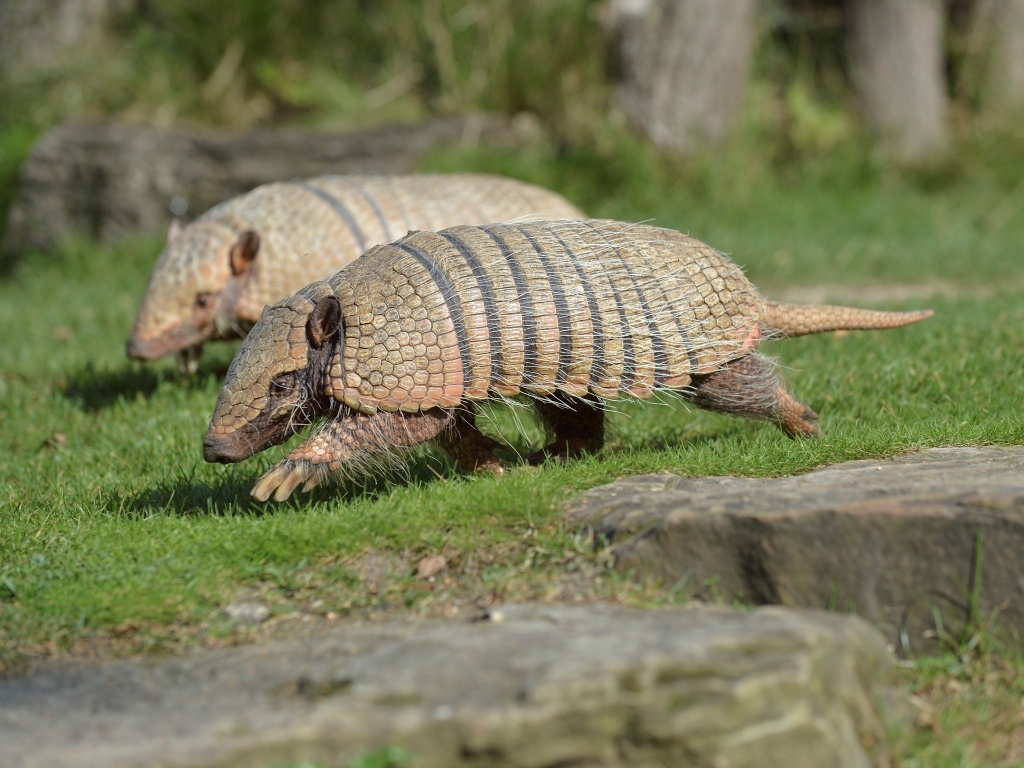 Where do armadillos live?

What species of armadillo is there?

How old do armadillos get?

How do armadillos live?

All armadillos are solitary and mostly active at night. Only when it gets dark do they start looking for food. They use their long, sticky tongues to catch insects and other small invertebrates. However, larger species of armadillos sometimes eat lizards and mice, and rare plants. Armadillos can’t see very well, but they have an excellent sense of smell: they use their nose to detect animals hidden 20 centimeters underground.

They dig up their prey with their strong claws. Giant armadillos can even break up termite structures with their claws, which can be up to 15 centimeters long. Armadillos look a bit clumsy, but they are surprisingly quick. They don’t stop at water either: they are good swimmers. So that they don’t sink because of their heavy shell, they swallow air and store it in their stomach and intestines. Sometimes armadillos cross streams by walking on the bottom. Armadillos spend the day sleeping in burrows. 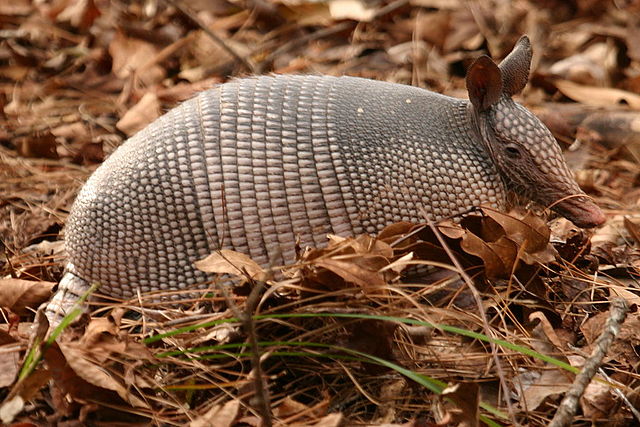 Friends and foes of armadillos

Armadillos don’t have very many enemies because their shell is great to shield. Only jaguars manage to crack the armadillo’s shell. When threatened, most armadillos curl up. For example, the globe armadillo curls up into a perfect ball when attacked.

The legs are hidden inside the ball. The armor plates of the head and tail form the breach of the bullet. The brown-bristle armadillo has a slightly different defense strategy:

It presses itself firmly to the ground and burrows into the earth. It can hold its breath for up to six minutes – the danger is then usually over. This ability to hold their breath for a long time also helps the animals when digging for food. Humans are also a threat to armadillos: because their meat tastes good, they are hunted in some regions of South America.