There is probably no aquarist who has never had problems with algae in his aquarium. These can spoil our hobby quite a lot. Inexperienced aquarists in particular quickly throw in the towel and then get rid of the aquarium again soon. You can avoid algae from the outset with a little sensitivity. But if they have developed en masse, they can also be combated. In the trade for aquarium supplies, various manufacturers of course also offer various care products for combating algae. You can also fight the algae of course, because some fish, shrimp, or snails also feed on algae.

Contents show
1 Why do algae develop in the aquarium at all?
2 How can you avoid excessive algae growth in the first place?
3 Natural algae control by snails
4 Use algae-eating shrimp against thread and green algae
5 Fish for targeted control of various algae
6 Conclusion

Why do algae develop in the aquarium at all? 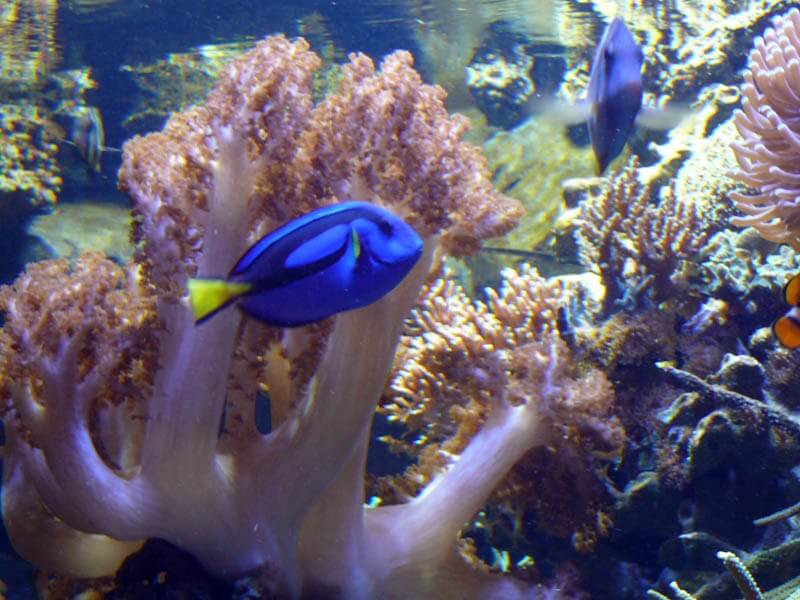 Unfortunately, when algae get out of hand, this is usually an indicator that the biological balance in your aquarium has been disturbed. Algae are simply built, quite undemanding creatures that compete with the aquarium plants for the nutrients available. In heavily planted aquariums with a well-functioning filter, algae therefore rarely get out of hand. However, if you populate the aquarium with too many animals, feed too much or change too little water, algae form very quickly, even in heavily planted aquariums.

How can you avoid excessive algae growth in the first place?

The location of the aquarium is already important to avoid algae growth. You should choose it so that it is not exposed to direct sunlight, which promotes algae growth, if possible. You should also avoid lighting that is too strong or too weak. Most often, however, excessive algae growth occurs in freshly set up aquariums, which is why you should only use the first fish when the first filter bacteria have formed. It is best to use only a few fish at the beginning and increase gradually. In general, you should only feed as much as the animals will eat right away. Because leftover food is most beneficial to algae growth. With a regular water change (in a normally occupied aquarium, changing a third of the water every 14 days is sufficient), you can best remove excess nutrients from the aquarium.

Nowadays, various snails are offered for sale in pet shops, some of which are also quite good algae eaters. Especially the so-called algae snails of the genus Neritina are eager algae eaters. They keep the aquarium panes, the aquatic plants, and furnishings mostly free of the annoying, slightly brownish diatoms or green spot algae. In particular, the attractive zebra algae racing snail or the leopard racing snail can be found everywhere in pet shops. The somewhat smaller antler snails of the genus Clithon are also good algae eaters. The best known is the two-colored antler snail (Clithon corona). Both types are easy to look after and not very demanding in terms of water parameters. They can also not reproduce in fresh water in the aquarium, so you do not have to worry about a snail plague when caring for them. However, these snails usually do not eat them much more stubborn thread, brush, beard, and blue algae.

Use algae-eating shrimp against thread and green algae

Among the shrimp, the Amano algae shrimp (Caridina multidentata) stands out as the most famous “algae policeman” from the large number of species traded. It grows to about 5 cm, is peaceful, and very sociable. A small group of these see-through prawns with brownish spots can solve your thread and green algae problem in a short amount of time. Thread algae spread like a spider web in the aquarium and you can solve a large part of the problem by manually removing the algae web. The eager algae eaters remove the rest and then continue to prevent new thread algae from forming in your aquarium. However, even these beneficial shrimp do not usually help against all types of algae. In order to remove the annoying brush algae, for example, you usually have to bring in “larger guns”.

For almost every alga there is also an aquarium fish that they like to eat. However, these algae eaters are usually only very eager helpers if you don’t over-satiate them with other fish food at this time. Most algae eaters are found in Southeast Asia. A particularly large number of species can be found among the carp fish. The most popular are the representatives of the genera Crossocheilus and Garra. The Siamese algae eater (Crossocheilus oblongus) is the best-selling species. The sister species Crossocheilus reticulatus, which has a black tail-root spot, is sometimes referred to in the trade as a brush algae eater. Such fish can be used to attack thread, beard, and brush algae. However, it should not be concealed that these animals can reach a size of 12-16 cm. The Siamese loach (Gyrinocheilus aymonieri) is usually only a good algae eater when it is young. It is also only suitable for very large aquariums, as it can even be twice as large.
Some smaller suckers or armored catfish are also well suited as algae eaters. The popular Otocinclus ear lattice catfish, which only grow to around 4-5 cm, keep the aquarium panes and aquatic plants free of diatoms. The brown catfish, of which there are also various cultivated forms (such as golden animals), keep windows and furnishings free of these algae.
These are just the most common types of algae eaters. Fish can even be helpful against the extremely annoying blue-green algae. Strictly speaking, they are cyanobacteria that can cover large areas of the aquarium-like slime. The tail-striped tetra of the genus Semaprochilodus sucks the subsoil to eat and can also remove annoying algae in the process. This has even worked repeatedly with blue-green algae. However, these fish are only suitable for very large aquariums. In nature, they can be more than 40 cm long! 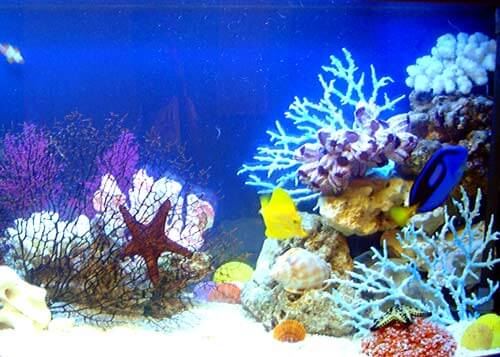 So you don’t have to go straight to the “chemical club” when you have algae problems. In many cases, algae can be combated naturally. However, some good algae eaters among fish are not suitable for smaller aquariums due to their size. Please inform yourself about the suitability for your aquarium before buying!