Whether goldfish, guppies, or carp: fish are among the most popular pets of Germans and inhabit over 1.9 million aquariums nationwide. Compared to other animals, however, we know relatively little about fish. Or have you ever thought about why fish have scales and whether they get sick in turbulent waves? No? Then it is high time to deal with the lively underwater inhabitants. They have a few surprises in store and in the past centuries they have developed exciting mechanisms that ensure their survival in the lakes and seas of our earth.

Contents show
1 Do Fish Have to Drink?
2 Can Fish Sleep?
3 Why Do Fish Have Scales?
4 How Well Can Fish See?
5 Why Aren’t Fish Crushed by Water Pressure?
6 Can Fish Talk?
7 Can Fish Get Seasick?

Do Fish Have to Drink? 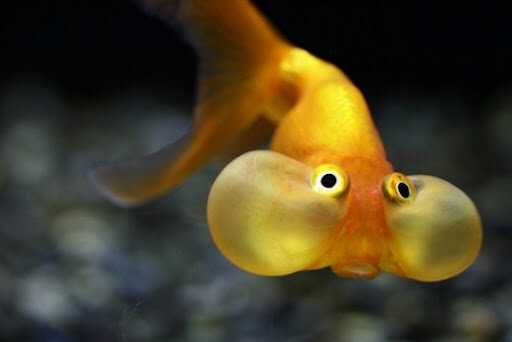 Of course, although fish have been surrounded by water for their entire life, they need to drink regularly. Because, as with all animals and plants, the principle “without water, no life” also applies to them. In contrast to us land dwellers, however, freshwater fish do not actively drink the water, but instead, take it in automatically through their mucous membranes and their permeable body surface. This is due to the fact that the salt content in the animals’ bodies is higher than in their environment and water therefore almost naturally enters the fish in order to compensate for this imbalance (principle of osmosis).

The situation is somewhat different with saltwater fish: Here the salt content of the water is higher than that in the body of the fish. Therefore, the animal permanently loses water to its environment. To make up for this loss of fluid, the fish must drink. So that the salt can be filtered out of the water, Mother Nature has equipped the water dwellers with various tricks: For example, some types of fish use their gills, others have special glands in the intestines that treat the seawater to make drinking water. The fish then excrete excess salt through their intestines.

This question can be answered with a simple “yes”. In order to cope with everyday life successfully and to recharge the batteries, fish also need sleep.

However, a nap is by no means as easy to spot for them as it is for us humans. Fish do not have eyelids and sleep with their eyes open. Sleep also differs in other ways: Although their heartbeat slows down and the energy consumption is reduced, measurements show that fish do not have deep sleep phases. On the other hand, they fall into a kind of twilight state that can be immediately interrupted by water movements or turbulence. No wonder, because a deeply sleeping guppy or neon tetra would be good food for hungry predatory fish. In addition, most fish retire to sleep. Some wrasses and stingrays, for example, bury themselves in the sand at bedtime, while damselfish crawl into sharp-edged corals.

Why Do Fish Have Scales?

Scales are irreplaceable for most types of fish, as they strengthen the fish’s body and protect it from abrasions on plants or stones. The overlapping plates are made of a material similar to our fingernails and also contain lime. This makes them firm and flexible at the same time and ensures that fish can effortlessly wind their way through narrow crevices or cave entrances. Sometimes it happens that a flake falls off. However, this is not a problem as it usually grows back quickly.

Anyone who has ever touched a fish also knows that fish often feel slippery. This is due to the thin mucous membrane that covers the scales. It protects the fish from the ingress of bacteria and ensures that they can glide more easily through the water while swimming.

How Well Can Fish See?

Just like us humans, fish have so-called lens eyes, which enable them to see three-dimensionally and to perceive colors. In contrast to humans, however, fish can only clearly see objects and objects at close range (up to a meter away), as they have no way of changing their pupils through the movement of the iris.

This is not a problem, however, and nature intended it to be that way: After all, many fish live in murky and dark waters, so that better eyesight would not make any sense anyway.

In addition, fish have a sixth sense – the so-called lateral line organ. It lies just under the skin and extends on both sides of the body from the head to the tip of the tail. With it, the fish can feel the smallest changes in the water flow and immediately notice when enemies, objects, or a tasty bite of prey are approaching.

If we dive people to a depth of several meters, it can quickly become dangerous for us. Because the deeper we sink, the higher the pressure of the water on our body. At a depth of eleven kilometers, for example, the force of around 100,000 cars acts on us and makes survival without a diving ball absolutely impossible. All the more impressive is the fact that some fish species still swim their lanes undeterred at a depth of several kilometers and do not seem to feel any pressure at all. How come

The explanation is very simple: In contrast to land dwellers, the cells of fish are not filled with air but with water and therefore cannot simply be squeezed together. Problems can only arise with the fish’s swim bladder. When deep-sea fish emerge, however, this is either held together by muscle strength or is simply absent entirely.

In addition, there are particularly deep-swimming species that are kept stable by increased internal pressure in the body and never leave their habitat, as they would even burst on the surface of the water.

Of course, there is no human-to-human conversation between fish. Nevertheless, they have different mechanisms for communicating with one another. While clownfish, for example, rattle the lids of their gills and thus drive enemies out of their territory, sweetlips communicate by rubbing their teeth against one another.

Much of the communication between the underwater inhabitants, however, does not take place via sound, but rather through movements and colors. In order to impress the loved one, many fish, for example, perform pairing dances or present their impressively colored shed dress.

Can Fish Get Seasick? 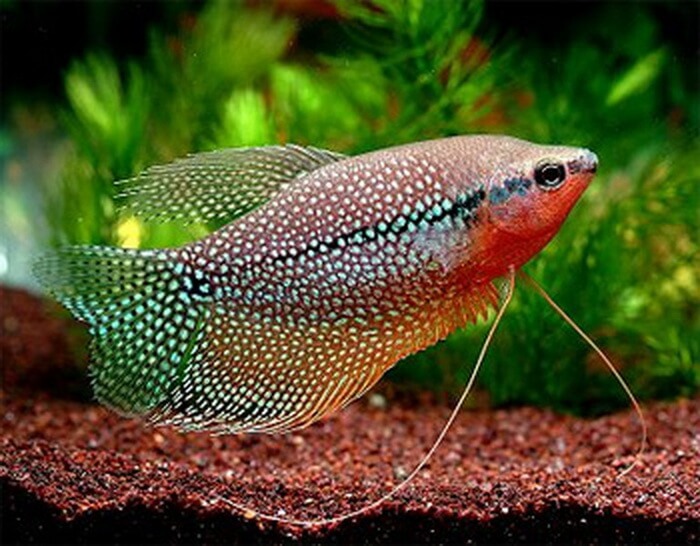 As soon as the ship has left port, do you get headaches, sweats, and vomit? A classic case of seasickness. But how are the sea creatures who struggle with waves every day? Are You Immune To Seasickness?

Unfortunately, no. Because just like us humans, fish also have organs of equilibrium, which are located on the left and right of the head. If a fish is tossed back and forth in the troubled sea, it can become disoriented and suffer from symptoms of seasickness. Affected fish begin to turn and try to get the situation under control in this way. If this attempt fails and nausea gets worse, the fish can even vomit.

In their natural habitat, however, fish rarely have to struggle with seasickness, as they can simply withdraw deeper into the sea when they feel unwell and thus avoid strong waves. The situation is different when fish are suddenly pulled up in safety nets or – safely packed – transported in a car. To make sure that the arrival at the new home is anything but “puke”, many breeders refrain from feeding their fish before they are transported.