There are only a few cat breeds that are considered smaller than average. We introduce you to five cat breeds that remain relatively small even when fully grown. You can also find out here which cat is the smallest domestic cat breed in the world.

In contrast to dogs, there are not such extreme differences in size between the individual breeds of cats. But there are definitely large cat breeds such as the Maine Coon and cats that remain significantly smaller.

Most cat breeds are classified as “medium-sized”. The average house cat is 30 to 35 cm tall at the shoulder. The average weight is around 3.6 to 4.5 kilograms. But the weight is not necessarily the decisive factor for the size, because even smaller, slim, and compact cats can be very muscular and therefore very heavy. In general, males tend to be bigger, broader, and heavier than females.

Singapore: The Smallest Domestic Cat in the World 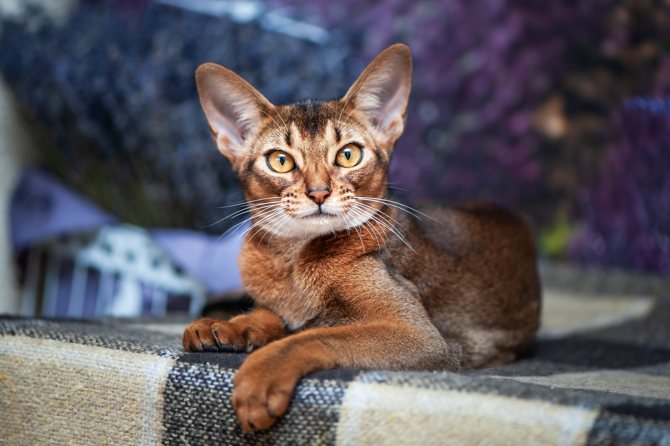 Singapore is considered the smallest domestic cat in the world and is actually the only cat to which the term “small” clearly applies.

Singapore females only weigh about 2 kg, males up to 3 kg. Their shoulder height is also below average at 20 cm. Singapore is small and delicate, but still quite stocky and strong.

The extremely rare shorthair cat has the coat color “sepia agouti”, i.e. brown ticking on an ivory background. The origin of Singapore is disputed: in 1974, Tommy and Hal Meadow are said to have imported a cat into the USA, which was at home in drains in their native Singapore. However, it is more likely that Singapore originated from crosses between Burmese and Abyssinians. Today it is the national cat of Singapore.

The Burmese are small to medium-sized cats. She has an elegant yet muscular body, which is why males can weigh up to 6 kg despite her relatively small size. The temperamental, lively, and playful cat comes from Myanmar (also called Burma).

Since Burma is extremely active and alert, it needs a lot of space and attention. They are therefore usually very happy about a conspecific.

The Bombay cat is a black cat, medium-sized and strong, but still very delicate in appearance. Even if she looks like a small, wild black panther, she is a very gentle, affectionate, and loving cat. She was created from a cross between a brown Burmese male and a black American Shorthair.

Abyssinians are medium-sized, muscular, but relatively lean and lithe cats. Queens weigh up to about 3.5 kg, males up to 5 kg. The Abyssinian is also often referred to as the “mini puma”. Their fur is short and fine, their character curious, spirited, and playful. She needs a lot of exercises, employment and best of all a conspecific 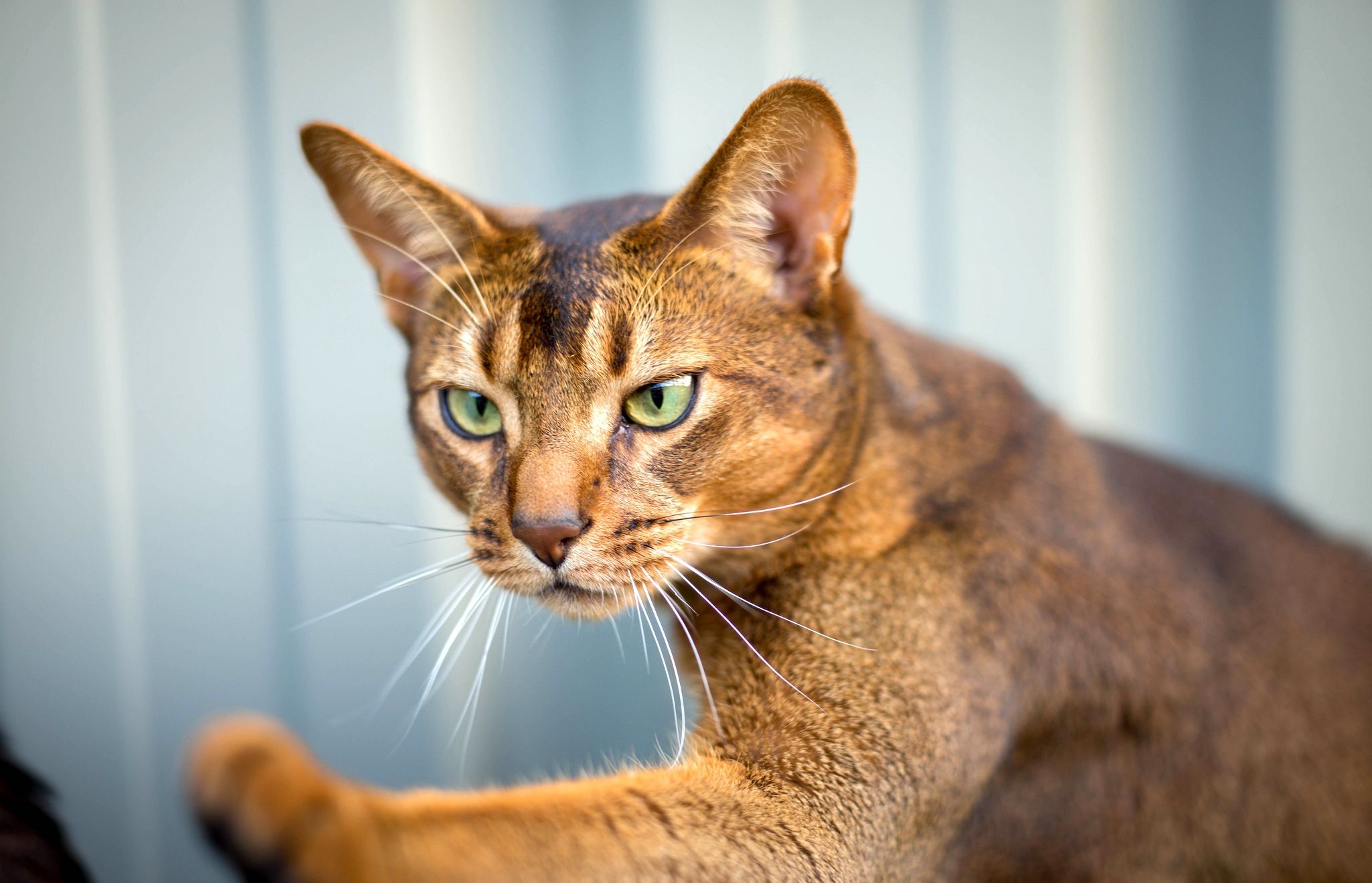 Just because a cat is small doesn’t mean it needs less space or exercise, as the Burmese and Abyssinians clearly demonstrate.