At the beginning of the 19th century, Dalmatians were a status symbol of the English upper class. Important people let them run alongside their expensive carriages on trips, which earned them the name “Spotted Coach Dog”. In New York at the same time, Dalmatian was the mascot of the fire department, where they ran in front of the crew’s horse-drawn wagons.
Originally, Dalmatians were bred as hunting dogs and were used as protection against predators. This can still be seen today in their robust physique and temperament.

Below you will find the 10 best Dalmatian dog tattoos: 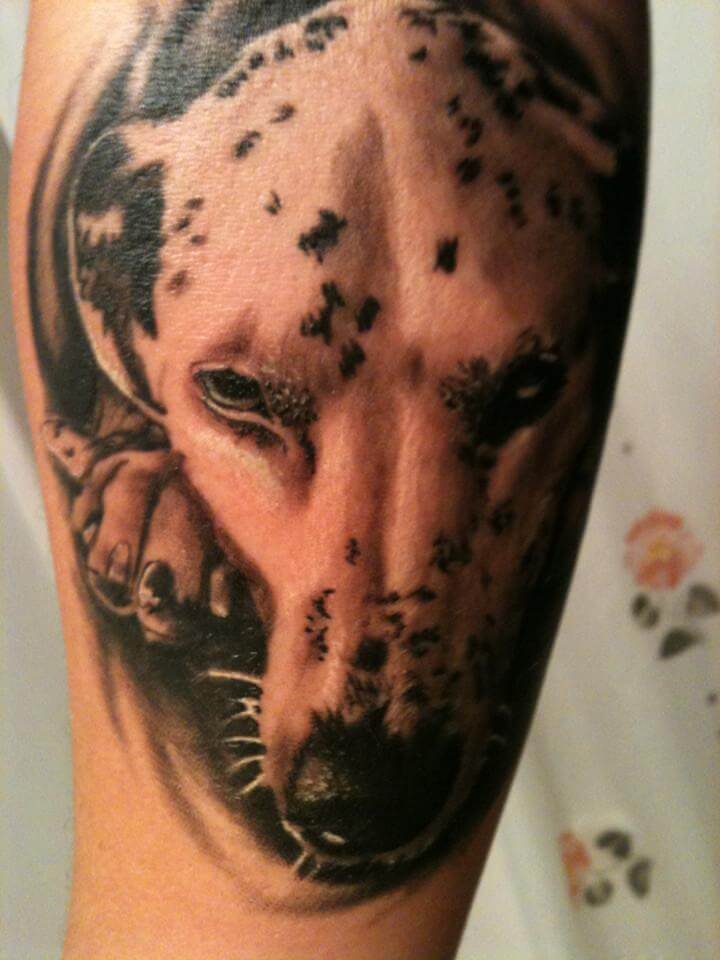 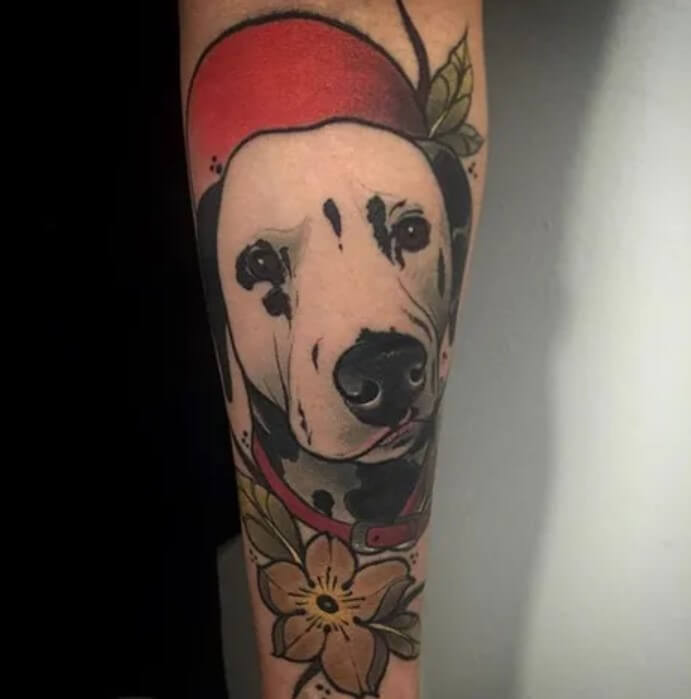 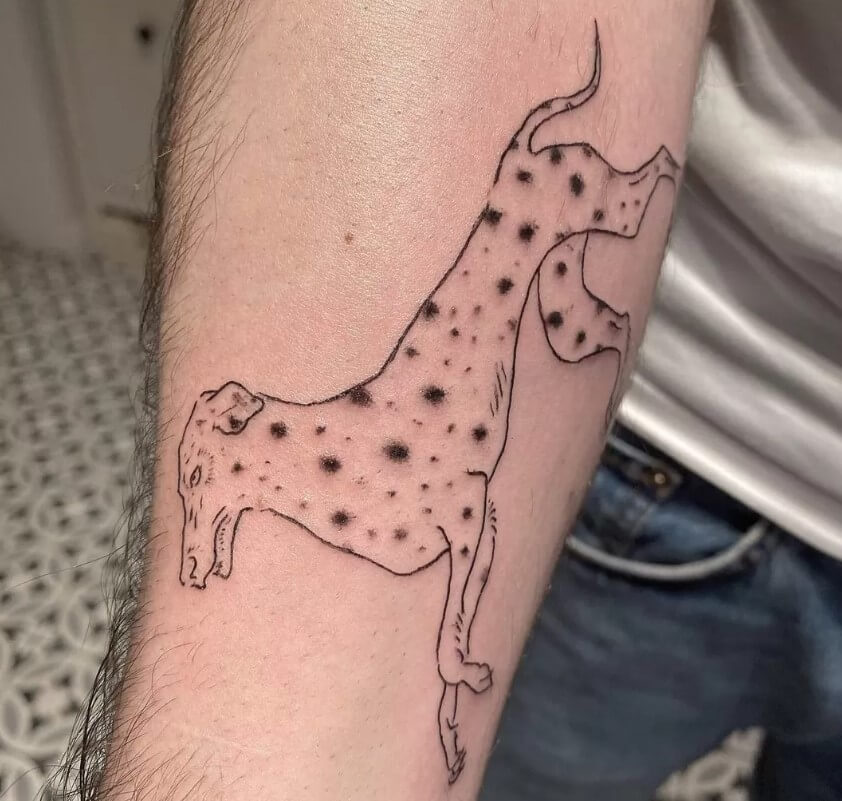