Zebras with their typical striped pattern are unmistakable. They are sometimes called “tiger horses” because of their fur.

Zebras look like little horses. They are 106 to 155 centimeters tall. Their body is stockier than a horse’s and they have short, standing manes rather than long ones. The relationship between horses and zebras can also be seen from the fact that some wild horses have zebra stripes on their legs. By the way, the typical striped pattern of zebras means that they can hardly be seen from a distance:

The outline of her body seems to dissolve through the stripes. This makes them harder for predators to spot. But stripes are not just stripes. Each animal has its very own pattern, which is a bit different from that of the other animals.

Where do zebras live?

Zebras live in sub-Saharan Africa, in Sudan, and in the mountainous regions of southwest Africa. Zebras mainly live in the steppes and savannas, where they find enough grass and herbs.

What zebras are there? 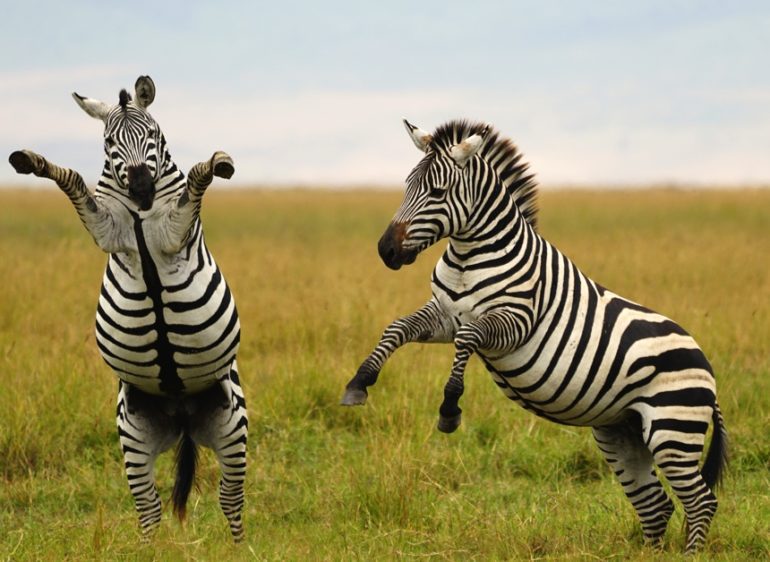 The most famous zebra is the plains zebra (Equus quagga). They live in large herds in the steppes of Africa. There is also the mountain zebra (Equus zebra). As the name suggests, it lives in the mountains and climbs steep rocks there. The Grevy’s zebra (Equus grevyi) is the largest zebra. Its stripes are narrower and more closely spaced than those of other zebra species. Unlike the plains and mountain zebras, which have no territories, Grevy’s zebra stallions vigorously defend their territory.

How old do zebras get?

How do zebras live?

Most zebras live in small groups of up to 20 animals. The group consists of a stallion, about six mares, and the foals. The stallion defends his group against other zebra stallions. But there are never any serious fights. The stallions usually greet and sniff each other and then go their separate ways. Young males without a family live in their own groups.

Since zebras do not have their own territories, several groups often come together in the rainy season. They form large herds of several hundred or even thousands of animals. Sometimes herds of zebra even mix with antelope and ostrich and roam in mixed groups. If the lead stallion of a herd gets too old or dies, the females stay with their young and another male takes their place.

The zebras in a herd take turns as guardians. Living in a group offers the animals a great deal of protection. Incidentally, zebras know exactly which animals belong to their family: they recognize each other by their smell, their voice, and the pattern of their stripes.

An important sign that a herd belongs together is mutual care: they brush their necks, backs, and manes with their teeth. Personal hygiene also includes regular dust and mud baths. Zebras spend most of the day eating. At hot midday, they rest close together in the shade. Because zebras sleep like horses standing up, only the foals lie down on the ground.

Friends and foes of the zebras

The natural enemies of zebras are lions. They like to live near zebra herds and look out for weak, old, or sick animals. But also leopards and hyenas prey on zebras. However, the zebras are not completely defenseless: They can be incredibly fast! Although they don’t have much stamina, they can even reach a speed of 80 kilometers per hour when fleeing enemies.

And if they cannot outrun a predator, they defend themselves with bites and violent kicks. Sometimes they can even break a lion’s jaw with a well-aimed kick off their hard hooves. But the best protection against enemies is their eyes: zebras can see distant predators very well and flee in time.

Unfortunately, humans are also among the enemies of zebras. In the past, they were often hunted and almost extinct in some areas.

How do zebras reproduce?

After a year of gestation, only a single foal is born. It is nursed by its mother for about eight and a half months. The young zebras are usually born in the rainy season between November and April. The mother stays alone with the young for the first few days, a little apart from the others. Only then do they rejoin the herd.

After just one week, the little ones are nibbling the first blades of grass, but it is only after about a year that they are no longer suckled. They stay with the herd for about two years, then the young males are chased away by the stallions.

How do zebras communicate with each other?

The calls of the zebras cannot be compared at all with those of the horses or donkeys: They emit bright, almost panting sounds that are reminiscent of barking. 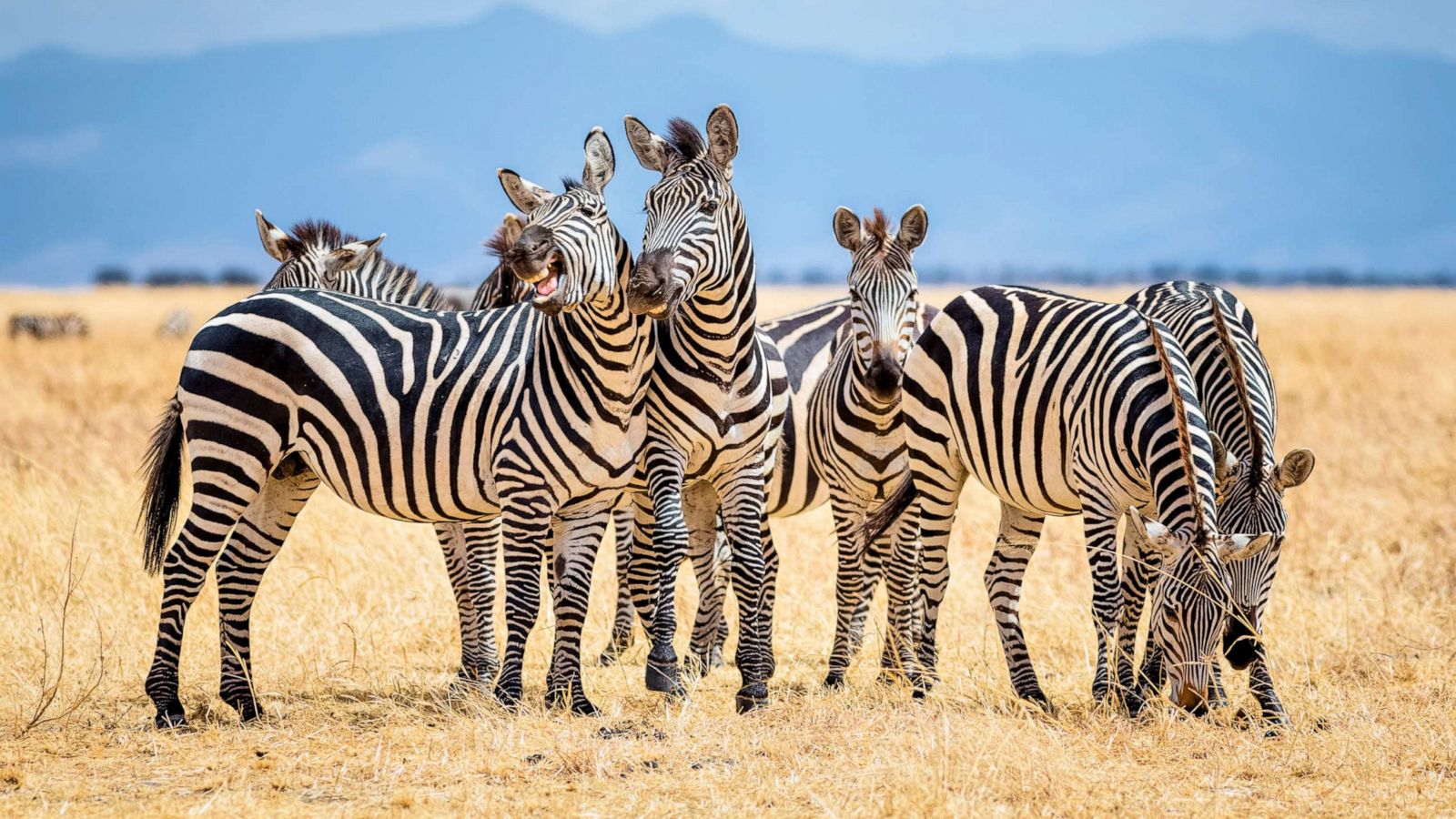 What do zebras eat?

Zebras live on meager food: they only pluck grass and herbs, so they are pure herbivores. They like the soft tips of the grass best. However, mountain zebras and zebras that live in the savannah or in the bush also nibble on leaves and bark. Zebras go to the watering trough almost every day to drink plenty of water. You can go for a maximum of three days without water.

Zebras are often kept in zoos because they are about as easy to care for as a horse. However, they need a lot of exercises.