The connection between humans and cats can be particularly close. In order to create such a connection, however, it depends on the correct behavior towards the cat, which not every cat owner is aware of. A nice smile, for example, can easily be misunderstood. Your animal world reveals how you show your cat that you love them. 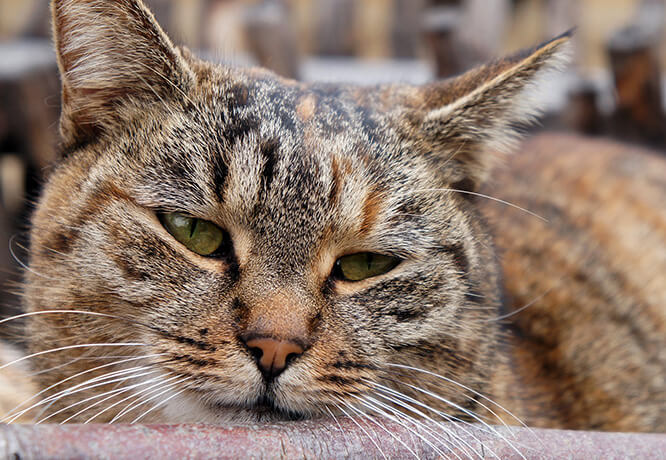 While a smile is generally regarded as a sign of affection among humans, cats could misunderstand the friendly gesture: If the teeth come out while laughing, there is a risk that the velvet paw will feel threatened and confronted.

This is because showing your teeth among cats is considered aggressive behavior. So if you want to make your cat understand that you like them, you should avoid a big smile – the blink of your eyes, on the other hand, usually signals your affection quite clearly, as researchers from the University of Sussex found out in a study.

A wink, squinting, and conscious looking away, cats often signal trust and affection. The researchers found this out in an experiment in which they examined encounters between a human and 24 domestic cats. When the subject winked at the cats and looked away, most of the velvet paws would come up to him and show him affection.

Without the cat smile, the four-legged friends were usually skeptical and showed no confidence in people. By the way, the cat smile also works the other way round: when your cat closes its eyes on you or forms slits, it shows you its affection.