Most pet owners know that dogs eat almost anything while cats are a little pickier. Why is it like that?

Dogs and cats belong to the Carnivora family, which also includes hyenas, bears, and sealers. Some species in the family, such as bears, are omnivores and eat both plant and animal foods. Others, such as cats and seals, require meat to survive. Dogs are somewhere in between.

This is How Dogs Eat 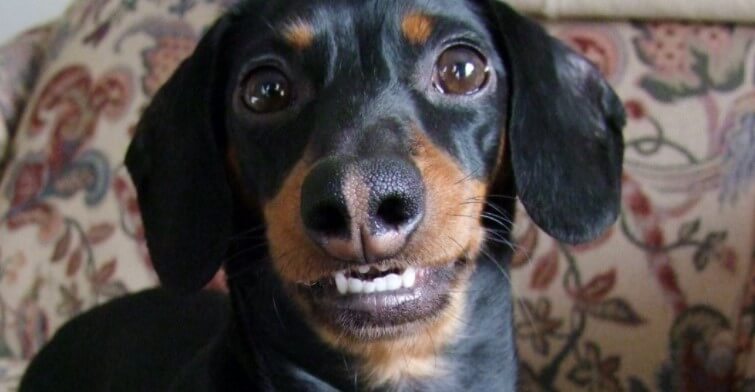 The dog’s jaws and teeth are adapted to hunt and eat animals and act as hinges in a way that also makes it possible for long-term chewing of plant or bone material. The taste buds of dogs react to amino acids and other compounds that are characteristic of meat, but also to “fruity or sweet” compounds found in plants.

Just like wolves, dogs can eat a lot of food at a single time. Presumably, that behavior is adapted to eating a large prey when competing with other members of the herd. A number of modern dog breeds still have the desire and ability to revel in this way and are more likely to eat more than they can actually handle. These include Labrador, beagle, cocker spaniel, and shetland sheepdog. If your dog has this behavior, you should carefully adhere to regular times for the food and measure the food to avoid unhealthy weight gain or that the dog ingests too much-unchewed food.

The long history of the dog’s adaptation to humans has led to broadened eating habits and there are other breeds such as greyhounds, fox terriers, boxers, and Saluki that do not revel in the same way and are therefore easier to control when it comes to food.

Dogs are much more willing to try different “new” foods than most other species, including cats. It is also very rare that dogs do not like food that has made them sick in the past. Basically, dogs are pre-programmed to eat a variety of foods, but they will still be happy to eat the same food every day. It is good to give the same food to your dog every day, you can also add new flavors by switching to other flavors (usually meat). It is also possible to occasionally season the food with sweets – but not too often and not too much.

Did You Know That…

Wolves can eat for five to six hours straight as long as there is food, while they can live on very little food for two weeks when there is no food.

This is How Cats Eat 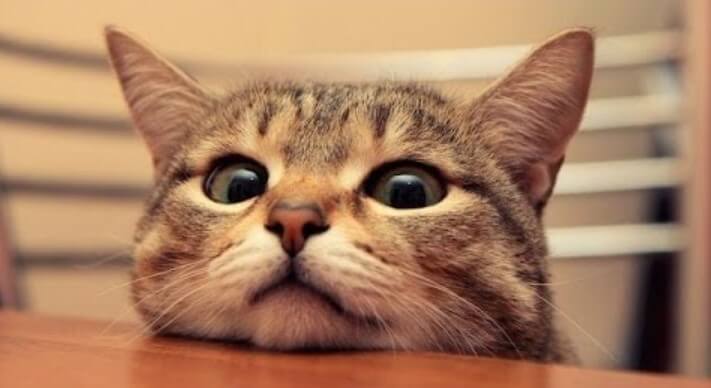 The domestic cat is descended from the African wild cat, Felis Lybica, which was a more specialized predator than the wolf. The cat was a lone hunter and did not hunt in packs. The cat’s jaws and teeth are designed for small prey, especially small mammals.

During its development over the centuries, the cat has adapted to eating several smaller meals in one day. If they are allowed to choose for themselves, most cats still eat many small meals during the day and can limit their food intake so that they do not eat too much.

The cat must eat meat, which means that through thousands of years of development, the cat has not had the ability to adapt to a diet that does not contain (or mimic) meat or fish. The cat’s higher demands on protein and niacin, and its demands on the amino acids taurine and arginine, reflect its need for meat. The cat, unlike dogs and humans, cannot produce taurine itself because it has eaten taurine-rich meat for millennia and historically has not had to produce it itself.

The amount of flavors that the cat can feel is relatively limited, which reflects the narrow range of animals that it hunted and ate. The cat’s taste system can not sense sugar or salt but is very receptive to amino acids, nucleotides, and other compounds that are characteristic of especially meat and fish.

Wild cats rely on instinct based on past experience to know which foods are “safe” and nutritious for them to eat. The cat is pre-programmed to eat a wide variety of foods within the narrow range that they have previously eaten and recognize as “meaty” flavors.

Enjoying new foods is probably a built-in genetic adaptation to avoid malnutrition. Sometimes this is called the “news effect”, ie if the cat is allowed to choose between two foods, it will choose the new food provided that the smell and taste match the pre-programmed instinct that says the food is safe.

With dry cat food, natural flavors are added to give the cat a large number of meaty flavors or aromas. Therefore, you can use the same dry food for a longer period of time without your cat rejecting it.

With canned food, this feature of wanting to try different flavors is satisfied by offering several different meat flavors. Buy different types of meat and mix them into the food.

Yes, all this evolutionary and scientific evidence above is there to tell you something you already knew; that dogs eat almost anything, while cats are more connoisseurs.