Do you love gymnastics and at the same time like to spend time on horseback, because, as is well known, this is where the happiness of the earth lies? Then vaulting is definitely the right hobby! Once you have developed a true passion for the sport, the question is not too far from getting your own vaulting horse. But at this point, completely new problems often reveal themselves, with which we are happy to assist you! 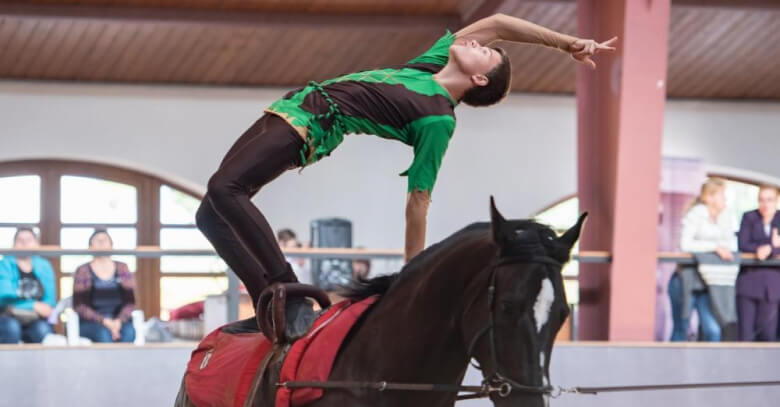 Vaulting is actually still a relatively young equestrian sport – official competitions have only been held here since 1981. The vaulting is always in the foreground. As long as the horse does not refuse, its performance does not actually flow into the tournament evaluation. Nevertheless, it is essential for competitive athletes and amateur vaulters that the harmony between horse and human is right!

When choosing the animal, your own requirements are decisive. Do you just want to do gymnastics for fun? Then the requirements are definitely lower than if you want to participate in a high-performance sport. Differentiation is often made between a vaulting horse for children and one for adults.

The Perfect Horse for Vaulting

Before a horse is trained to be a volta horse, you should take a very close look at its character. A vaulting horse has a calm, good-natured, gentle charisma. It is not easy to disturb and is not distracted by one or more riders who exercise on it. It remains fully efficient even during tournaments.

In addition, it can be guided very well on the lunge and obeys commands perfectly here. It can also gallop calmly for 10 minutes at a steady pace so that the vaulters can perform their exercises – this requires a certain amount of perseverance.

Of course, these requirements correspond to those that trained sport horses should bring with them anyway. Precisely for this reason, those animals are often used as vaulting horses that are no longer suitable for conventional tournament sports due to physical limitations. In order to get used to the new stress, it usually takes 2 to 3 years before the first tournament.

As already said, the requirements between sport horses and vaulting horses are in most respects the same. It is therefore not surprising that a horse does not need any special training for vaulting. However, it must definitely go through the classic riding horse training.

In addition, a recreational Volti horse should be at least 5 years old, whereas a competition horse should be 6 to 7 years old. The experienced judges also check for composure, gait security (and health), and good-naturedness. Like riding horses, one must have learned to walk properly, which is gentle on the joints and thus prevents diseases such as arthritis.

There are horse breeds that basically have these characteristics. These are particularly suitable for beginners because they can hardly be disturbed. These include, for example, Haflingers, Norwegians, and heavy warm-blooded and cold-blooded animals. They are also not resentful and easily forgive the vaulters for mistakes.

These very patient animals are particularly suitable when it comes to learning to vault and having fun with it. Once you have got the hang of it and would like to take part in tournaments, you need a horse with a slightly more energetic gait, which has been trained in dressage if possible.

Vaulting as a Tournament Sport

We have already mentioned many times that experienced vaulters can also take part in tournaments. These take place internationally at different levels up to the world championships and the Olympics. There are always different groups that are checked. Before we get to that, though, let’s dive into the history of the sport.

Even though vaulting has only officially been a tournament sport since 1981, it has a long tradition. Even in ancient times, this was how soldiers were taught how to hold on to horses even when jumping abruptly. In the Renaissance, it won the nobility for itself – in individual and pair exercises, you swung elegantly on the horse and performed tricks.

In 1920 the Olympic Games took place in a modified form and under the name “Art Riding”. After that, the sport grew in popularity and was used more and more often to introduce children to horses. In 1953 a manual for vaulting was published – for the first time under the current name of the sport.

Volti training became more interesting again for adults and in 1981 vaulting became an official sport, for which tournaments can also take place. The set of rules for this has continued to develop over the years and is still updated today. 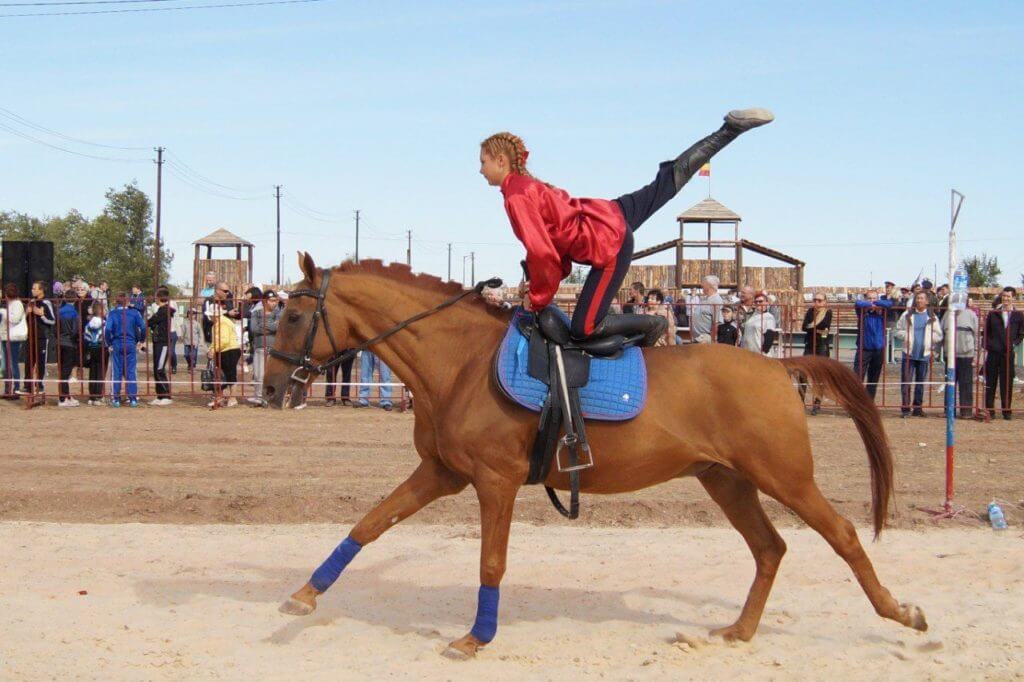 However, there is one thing to consider before starting a tournament or actually before registering: Is my horse ready for it? Because: A tournament always brings a lot of stress with it. Even when loading, some horses get impatient and the new, unfamiliar environment, the many people, and other animals can completely upset them.

So practice the individual steps little by little: first of all, “dry loading” (without actually driving away) into the trailer. If that works out quite well, drive off once and do a little lap. Once the horse has got used to it, you can start with small, close tournaments and feel your way forward.

In fact, this process should usually go relatively well with a vaulting horse, since it should be quieter and very stress-resistant from the ground up. However, please pay attention to signs of overload such as fecal water or a weakened immune system. Then give your horse the well-deserved break it needs.