All snipes belong to the snipe bird family and are therefore waders. These are birds that live mainly in swampy areas, bogs, or on the coast in the mudflats. Typical of them is the long legs and the long beak, sometimes slightly curved at the end, with which they poke for food in the soft ground.

The bar-tailed godwit is 37 to 39 centimeters tall, the black-tailed godwit is 40 to 44 centimeters. Both are light gray and beige in color, the belly is white. During the breeding season, however, they wear a special plumage: the breast and abdomen of the males are then reddish-brown.

The great snipe differs significantly from the other two: It is smaller and only 27 to 29 centimeters tall. Their plumage is colored much stronger brown to reddish-brown and marked much more with stripes and spots. In addition, their legs are much shorter than those of black-tailed godwits and bar-tailed godwits.

It does not have a black horizontal stripe at the end of the tail. Its long, straight bill is slightly thicker and much shorter than the other two species.

Where do snipes live? 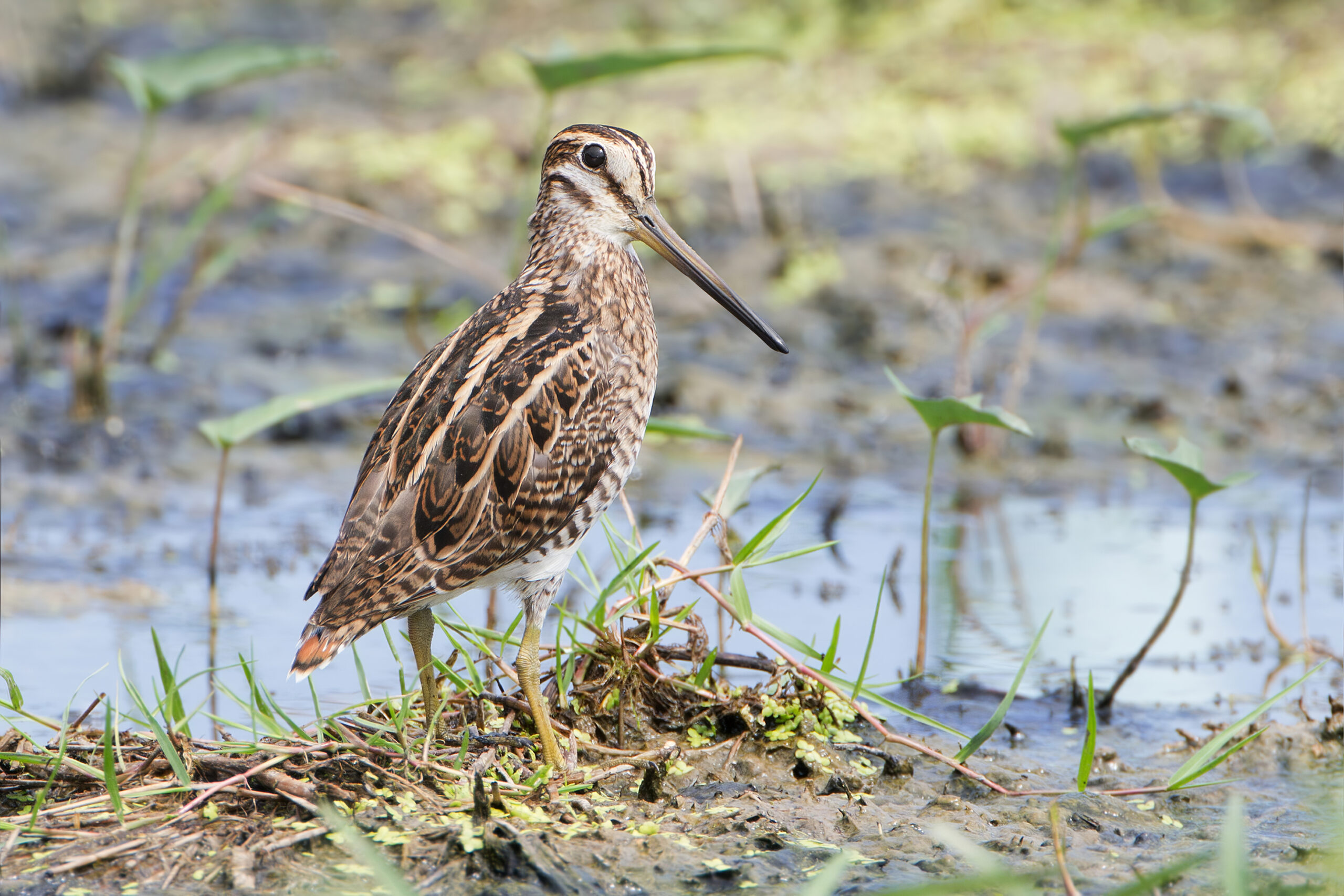 Snipes live in the temperate and northern regions of Europe, Asia, and North America. The black-tailed godwit is found from Central Europe through Central and East Asia to the Pacific coast. In winter they migrate to Africa. The bar-tailed godwit lives much further north: it is only found in extreme north-eastern Scandinavia and Finland, northern Asia, and arctic North America.

They spend the winter in South Asia or even in Australia or New Zealand. The European bar-tailed godwits from Northern Europe migrate to West Africa in winter, but some also stay on the North Sea coast. Finally, the great snipe lives from Northern and Eastern Europe to Russia and Central Asia.

Black-tailed godwits love heath and moor areas as well as steppe regions. We also find them on wet meadows. Bar-tailed godwits only live in northern bogs and swamps, some of which are overgrown with birch and willow. King Snipes are more likely to be found in wooded areas.

What types of snipe are there?

There are about 85 different species of snipe worldwide. In addition to black-tailed, bar-tail, and great-tailed godwit, known species include woodcock, little snipe, snipe, various curlews, redshank, ruff, and sandpiper.

How do snipes live?

Black-tailed godwits and bar-tailed godwits can usually be seen strutting about on the bank, in the moor, or in damp meadows, poking at the ground with their beak for food. You can track them down particularly well because they have special tactile organs on the tip of their beak.

But black-tailed godwits can also be found on the sea coast, where they wade through the shallow water and look for food there. They are usually easy to observe because they are not particularly shy compared to their relatives. In Central Europe, however, they are rarely seen: only in the Netherlands is there a larger breeding colony with around 100,000 pairs.

They live together in a single marriage. This means that every year during the breeding season they meet their partners again at the nesting sites, breed, and raise their young together. While the parent pairs have fixed breeding territories, the young birds later look for a new territory that can be far away from that of the parents. Black-tailed godwits usually move towards Africa to their winter quarters as early as August.

Friends and foes of the snipe

How do snipes breed? 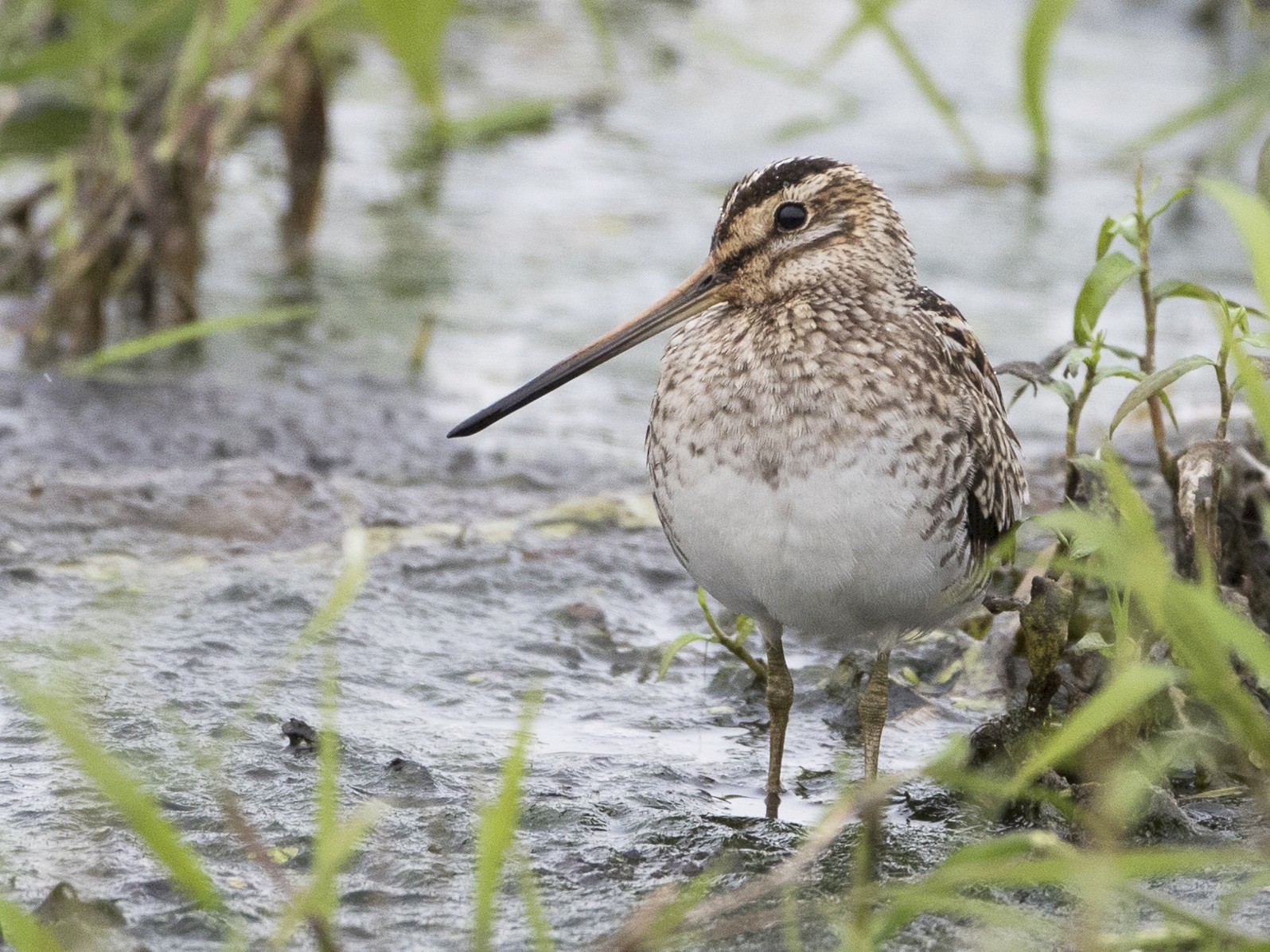 Snipes all build their nests on the ground and usually lay four eggs. In black-tailed godwits, nest building is the responsibility of the males. In late April or early May, they return year after year to the same nesting site, building a nest in the taller grass and lining it with dry stalks. Males and females take turns incubating the eggs. The young hatch after 24 days.

Snipes are real precocial: They leave the nest immediately after birth and are shown around by both parents for the first four weeks. After that they fledge and after a few days, they are independent. Bar-tailed godwits only breed for about 21 days. With them, the males usually sit on the eggs, but both parents take care of the hatched young. The males of the great snipe have an interesting courtship behavior. They meet every year in large numbers in the same places and courts.

They stretch their heads out, point their beaks upwards, and rattle with them in such a way that a nipping or shivering sound is produced. Sometimes it reminds me of a frog concert. Finally, they ruffle their feathers and spread their wings and tail.

Then again they face each other and hop breast to breast or beak to beak in the air. Small groups of males each conquer territory and attract females. Unlike the bar-tailed godwit and black-tailed godwit, only the females breed in the king-tailed godwit. Their young hatch after 22 to 24 days.

How do snipes communicate?