If a second dog moves in, it can lead to jealousy: If the hierarchy between two dogs is not clearly clarified, living together in the pack becomes difficult. The smallest incidents can now lead to the animals fighting. This can be dangerous for both of them.

A struggle for rank between two or more dogs living together is normal and over quickly. Once fought, the relationship between the animals is usually settled once and for all. Fights for rank are different from fights of jealousy. The former is done to determine the leader of the pack. The latter often comes about when the hierarchy has not been clarified.

Contents show
1 Jealousy Between Two Dogs: How to Avoid It
2 Further Tips: Castration & Equal Treatment
3 Quarrels Out of Jealousy: When It Does Break Out

Jealousy Between Two Dogs: How to Avoid It 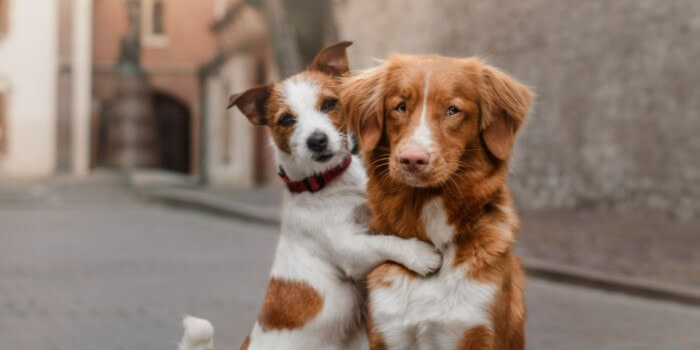 For a harmonious coexistence in the pack, it is essential that you do not interfere in the hierarchy of your dogs. Example: Your higher-ranking four-legged friend is always the first to get to the feeding bowl. As a pack leader, that’s his right. But if you now scold him about it, you stir up ambiguities and, as a result, jealousies.

You can tell which of your dogs is higher in rank based on certain behaviors: For example, the head of the pack usually goes through the door first. Ask your dog trainer if you are unsure. Accept the hierarchical levels of your animals, for example by making the food available to the pack leader first and do not interfere in small squabbles about the best sleeping place or favorite toy – but make sure that your second dog does not fall short. In this way, you respect the natural behavior between the two four-legged friends and take an important step to prevent jealousy.

Male dogs should also be neutered if possible to curb aggressive behavior. Treat your animals equally, be careful not to scold or comfort them in arguments – they will interfere and make the argument worse in the long run. It is also best not to provoke any “extreme situations” as long as there is a crisis between the two. If you give your dogs a particularly coveted bone or a new toy, there can be a bang: be careful.

Quarrels Out of Jealousy: When It Does Break Out 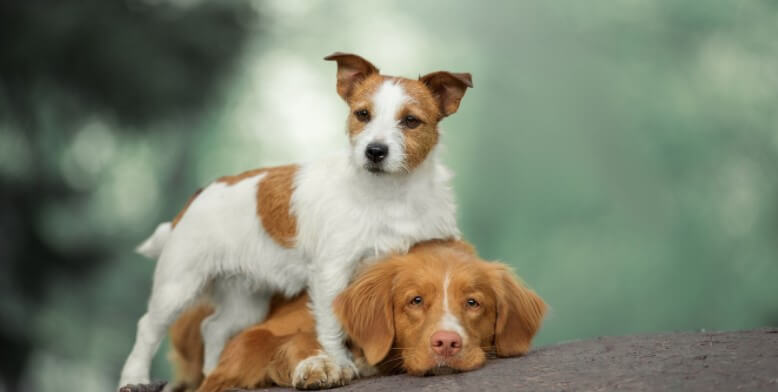 Fights out of jealousy can be about small things: master’s pats, the larger bone, or simply the right of way. Although such fights are sometimes dangerous, you should only consider temporary physical separation in an emergency. Why? Because the relationship between the dogs could become even tenser after the distance.

Take it easy and pay attention to the slightest signals from your dogs that one of them is jealous. Long walks, mental exercise through agility, Bach flowers for dogs, or a dog trainer can also help curb your pet’s jealousy.