The leopard is a real powerhouse: it is very good at climbing and jumping and hiding heavy prey high up in trees.

Size and weight can vary greatly because there are different leopard subspecies. The animals are 60 to 70 centimeters high and have very strong muscles, especially in the neck, shoulders, and legs. Their legs are relatively short and strong.

The basic color of the fur is yellowish to reddish-brown. The spotted pattern of rosettes on the back and flanks is characteristic. Each animal has a unique pattern that makes it unmistakable. The rosettes consist of a black spot with a light center. The spots are completely black on the head, neck, and neck, as well as on the legs. Underbody and abdomen are white or cream to gray.

From time to time there are also black leopards. These animals are called black panthers. The black coat color is inherited by a single gene. Both light-colored and black animals can occur in a litter. The leopard’s head and ears are round. The large canines and dagger-like claws on its paws make it an excellent hunter. 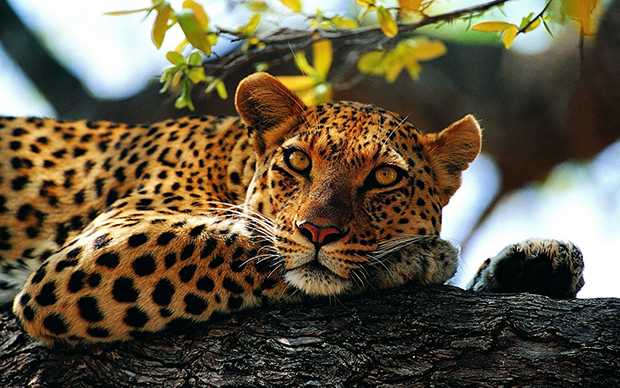 Leopards have an excellent spatial vision. They see much better than us in the dark because their pupils can open very wide, allowing more light to enter the eye. Like all big cats, they also have a reflective layer (tapetum lucidum) behind the retina in their eyes, which ensures good vision at night. In addition, their extremely long whiskers help with orientation.

Leopards can also smell and hear very well, especially very high-pitched sounds that we humans no longer hear. Sometimes the leopard is confused with the Central and South American jaguar, but this one is significantly larger, has a much larger rosette pattern and a shorter tail.

Where do leopards live?

The leopard is found in Africa and Asia – from South Africa through the Arabian Peninsula to India, Southeast Asia, and Afghanistan to the Amur region in China and Russia.

Leopards are very adaptable and therefore live in a wide variety of habitats. They can be found in forests and savannas, in the mountains, and even in semi-deserts. They live from the tropics to temperate regions, from the lowlands to areas at 5,200 meters altitude.

What types of leopards are there?

How old do leopards get?

How do leopards live?

Leopards are loners, each animal has its territory – males larger than females. The home ranges of the males overlap with those of the females. The territory is marked with urine and feces and defended against conspecifics with threats, if necessary also in a fight.

Leopards retreat to trees, caves, or dense bushes to rest. They are good, persistent runners and can jump up to 20 feet and 10 feet high. They are also very good swimmers and climbers. They are active both at night and during the day. 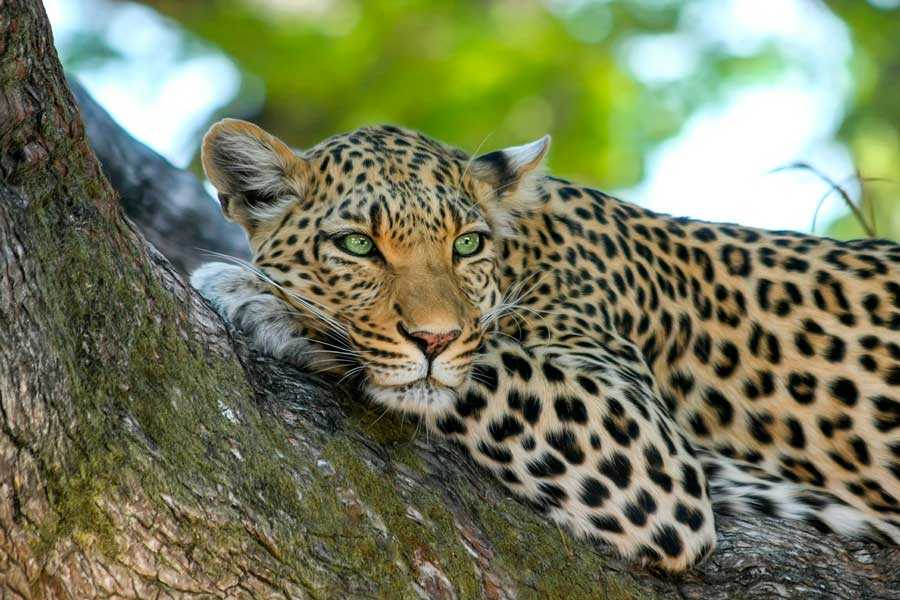 Because they can only run very short distances at up to 60 kilometers per hour, they prefer to sneak up on their prey on silent soles.

So that they don’t lose their prey to lions or hyenas, they usually take it into a thicket or up a tree – a tremendous feat. The prey is eaten over several days, covered with grass or twigs in between to keep it safe from other animals. Sometimes leopards also accidentally come across cubs lying hidden in the grass and kill them, or they hunt down the prey of weaker predators, such as cheetahs.

Leopards are relatively common in Africa in close proximity to humans and even in densely populated areas. They also hunt pets and livestock, which is why they are far from popular in some areas.

Friends and foes of the leopard

Young leopards in particular can fall prey to larger predators such as lions. Adult animals can be killed by crocodiles.

However, the leopard’s greatest enemy is the man. It restricts their habitat or even destroys it. And in some countries, the animals are still hunted or poached for their fur or because their bones are sought after as a substitute for tiger bones in traditional Asian medicine. Only rarely do leopards become dangerous to us humans – they are usually old or sick animals.