Huskies are a very special breed of dog. They can cover very long distances and have been helping humans transport people through cold regions for a long time.

Alaskan huskies are a special breed of sled dogs that resulted from crossing Siberian huskies with other greyhounds and hunting dogs.

That’s why they don’t look like typical sled dogs at first glance: They can be black, reddish-brown, white, or piebald. They also have either small pricked or floppy ears. Their ancestors, the Siberian huskies, on the other hand, have erect ears and a very thick coat.

They are mostly black in color, but there are also reddish animals. Belly and legs are white, their eyes are mostly blue and brown in relatively few animals. They can be immediately distinguished from the Alaskan Huskies by the typical white face mask.

Alaskan Huskies’ eyes aren’t always blue – there are some with brown eyes too. They have a shoulder height of 55 to 60 centimeters. The females weigh 22 to 25 kilograms, the males (males) 25 to 27 kilograms. They shouldn’t be heavier, otherwise, they won’t be as fast and won’t be able to pull the sled as well. 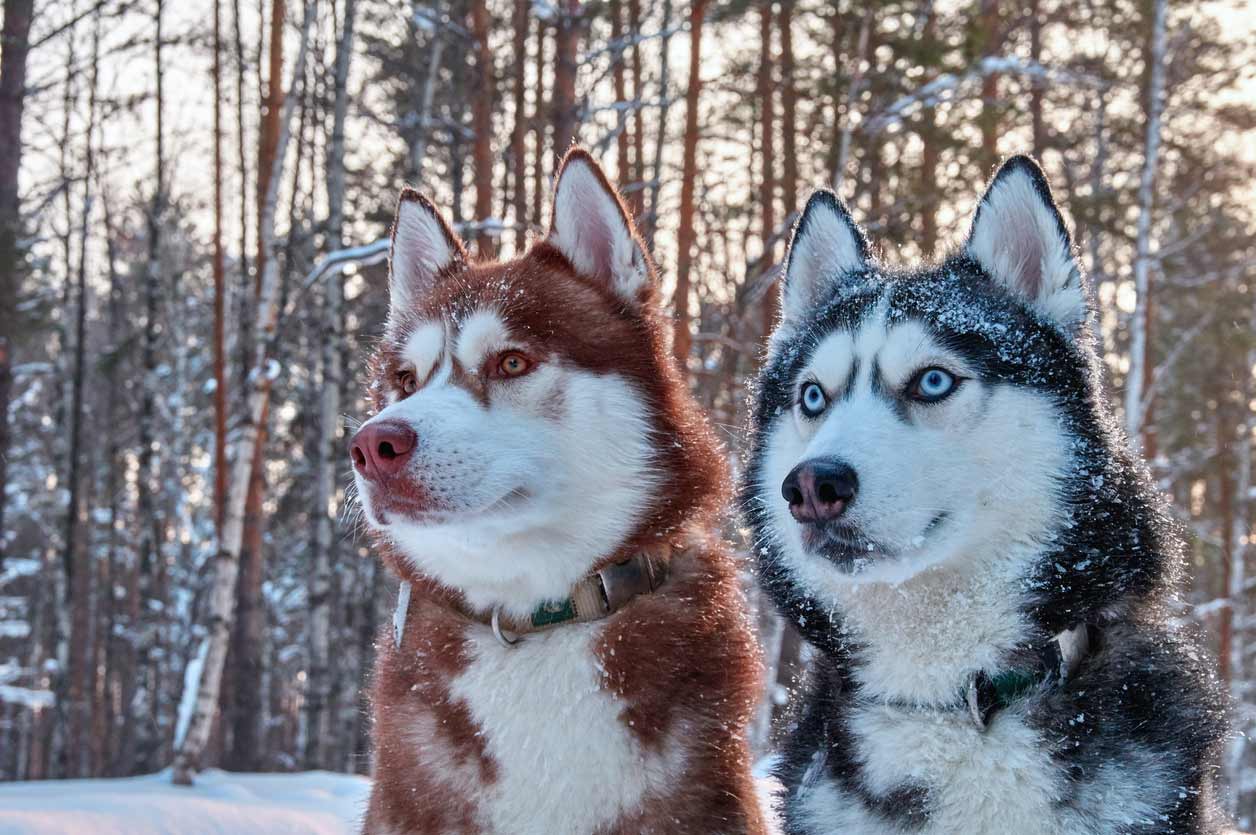 Alaskan huskies’ fur isn’t quite as thick as other sled dogs, but it’s enough to protect them from extreme cold. In addition, the thinner fur has the advantage that they don’t run out of breath even in warm temperatures. The paws of the huskies are so strong that even ice and snow cannot harm them.

Where do huskies live?

The various sled dog breeds all come from the coldest regions of the northern hemisphere: from Siberia, Greenland, Alaska, and from the arctic regions of Canada. Sled dogs have always lived with the people who used them as draft and pack animals:

With the nomadic peoples of Siberia, with the Eskimos, with the Indians in northern North America, and with the inhabitants of Greenland.

What types of husky are there?

There are 4 recognized breeds: Siberian Husky, Alaskan Malamute, Greenland Dog, and Samoyed. The Alaskan Husky is not officially one of the recognized breeds. Because with him various other breeds such as hunting and greyhound were bred.

The Siberian Husky is one of the ancestors of the Alaskan Husky. As its name suggests, it comes from the region between the Lena, the Bering Sea, and the Sea of ​​Okhotsk in Siberia. There these dogs were the helpers of reindeer herders, fishermen, and hunters. In 1909, a Russian fur trader brought a Siberian husky to Alaska for the first time.

How old do huskies get?

Like domestic dogs, sled dogs can live up to about 14 years.

How do huskies live?

Sled dogs were used by various peoples in northern Siberia and North America on their hunting trips more than 4000 years ago. They all served as draft and pack animals, were brought up very strictly, and followed all orders to the letter.

From 1800, the Europeans in North America also discovered sled dogs as draft animals. And because people were fascinated by the performance of dogs, the first 400-mile sled dog race took place in 1908 in the small town of Nome, Alaska.

When many people in Nome contracted diphtheria – a serious infectious disease – in 1925, the huskies became famous: at temperatures of -50° Celsius, they brought the life-saving medicine to the people in just five days in a 1000-kilometer race against time City.

The Alaskan Husky was bred specifically for sled dog racing. That is why he is the strongest and fastest sled dog: he can cover a distance of 50 kilometers with an average speed of more than 32 km/h. On distances of 80 to 100 kilometers, the Alaskan Husky still averages 25 to 27 kilometers per hour.

Friends and foes of the husky

Wolves and bears can be dangerous for the sled dogs that live in the Arctic. In the past, living together with humans was not always without danger for huskies: in some nomadic tribes, these dogs were sometimes even eaten!

How do huskies reproduce?

A husky bitch may not become pregnant for the first time before she is 14 months old. After about 62 days, three to ten young are born. They are nursed by their mother for six weeks, after which they begin to eat solid food. They are adults at around ten months.

How do huskies hunt? 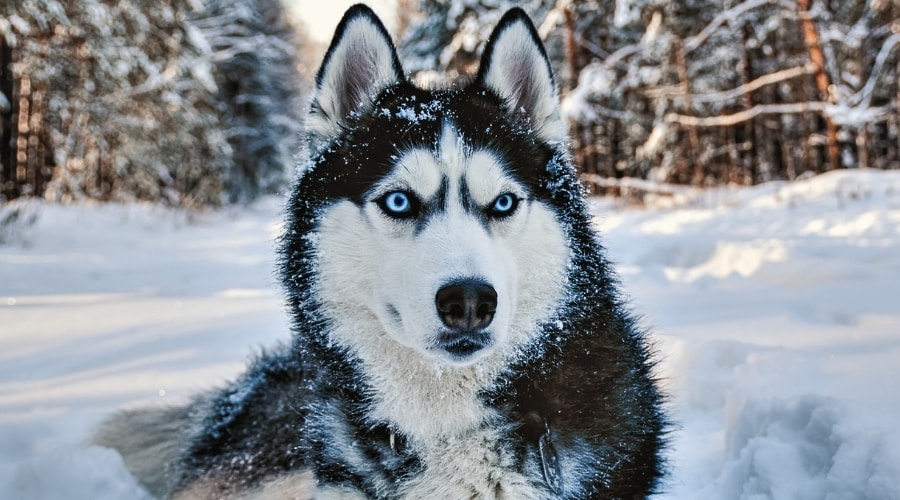 Huskies have a very strong hunting instinct. They must therefore be trained very well, otherwise, they will also hunt chickens or ducks.

How do huskies communicate?

Like the other old Nordland dog breeds, huskies rarely bark. In return, they like to devote themselves to communal howling, almost like the wolf. They can then howl deafeningly – sometimes for hours.

What do huskies eat?

Sled dogs are predators and therefore mainly eat meat. But they also need a few vitamins. Therefore, they are fed a mixture of meat, vegetables, dog flakes, and boiled rice. Meat accounts for about half of the daily feed ratio. Of course, sled dogs that work hard or take part in races need a lot more food. They get fresh, clean water to drink.