The hedgehog got its name because of one of its favorite foods, because “hedgehog” means “belonging to the snake” or “snake eater”.

When Do Hedgehogs Need Help?

When it starts to get cold, hedgehogs prepare to hibernate. At this time of year, many hedgehogs are given up on wildlife sanctuaries. And that usually does more harm than good to the animals. 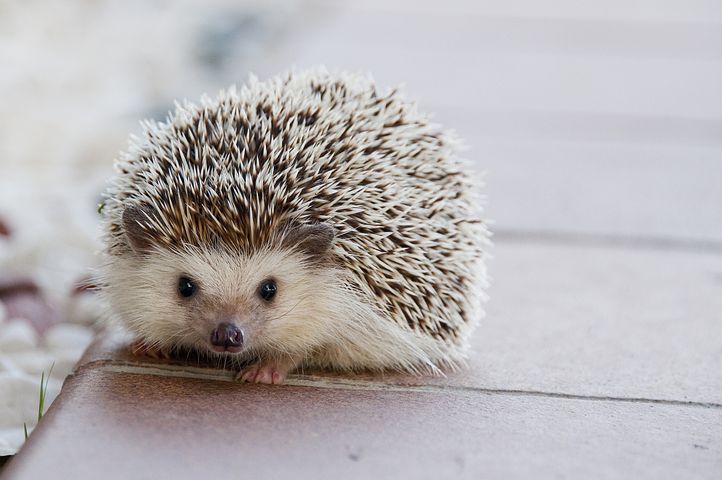 Hedgehogs are easily recognized by their brown, white-tipped spines. They carry 8,000 of these spikes, which are actually converted hairs, on their backs.

Hair grows only on the stomach and face, around the always wet nose, the dark beady eyes, and around the ears. A hedgehog measures 22 to 30 centimeters from the snout to the short stubby tail. An adult animal weighs one to one and a half kilos.

Where do hedgehogs live?

The distribution area of ​​the hedgehog stretches from Europe to the Near East and extends far into eastern China. Here the hedgehog inhabits all regions, as long as the climate is not too hot or too cold for him. The European hedgehog inhabits all of southern and central Europe. It not only lives in the lowlands but also occurs in higher areas, sometimes even in the high mountains. Hedgehogs prefer to roam around the edges of forests and hedges as well as in the undergrowth and undergrowth.

In the city, the spiny animals are mostly found in gardens and parks. Because there they will find enough hiding places. During the day, hedgehogs like to crawl into rock crevices, burrows, barns, piles of brushwood, or bushes. Then they can sleep undisturbed.

The hedgehog can travel great distances. The area that a hedgehog rummages through is up to 100 hectares in size. That’s about the size of 130 soccer fields! Although hedgehogs are solitary, they do not defend their territory against other hedgehogs.

What types of hedgehogs are there?

The hedgehog family (Erinaceidae) is an insectivore. The family is made up of three groups: the rat or hairy hedgehog, the big-eared or steppe hedgehog, and the spiny hedgehog or real hedgehog. This also includes the European hedgehog, because it has spines.

An African relative of our hedgehog is the African white-bellied hedgehog. It is slightly smaller than the European hedgehog: it is no more than 20 centimeters long and weighs only 500 grams. The animals also have slightly longer legs.

At that time, the animals began to be bred in the USA, today the animals are also offered here. However, animal rights activists warn: White-bellied hedgehogs are not suitable as pets. On the one hand, they are only active at night, on the other hand, they have very special requirements when it comes to caring and feeding.

Also, because the animals are naturally used to moving around a lot, they suffer greatly when kept in cages or terrariums, no matter how large. While white-bellied hedgehogs can live up to six years in the wild, they usually die at the age of two in captivity.

The brown-breasted or western hedgehog has a very close relative, the white-breasted or eastern hedgehog. As the name suggests, this one lives more in Eastern Europe and has a white throat. It also used to be found in the eastern regions of Germany. Today it is considered extinct there.

How old do hedgehogs get?

On average, hedgehogs in the wild live only two to four years, although they can live up to seven years. 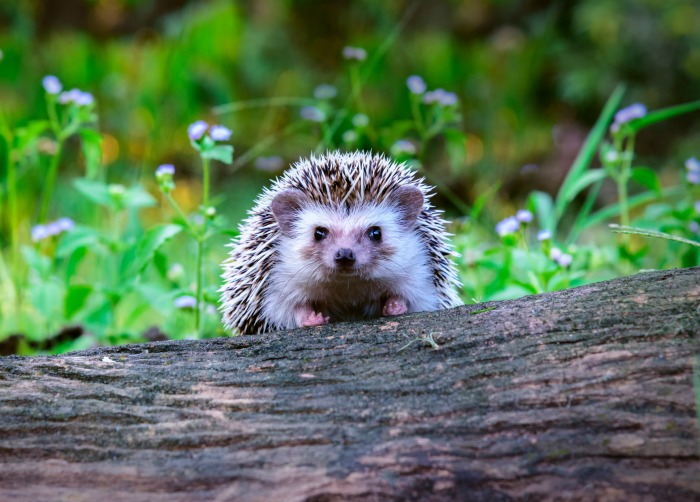 How do hedgehogs live?

At dusk and at night the hedgehogs go on tour through their territory. Although the loners mostly tiptoe at a leisurely pace, they can also climb skillfully, swim well, and run quickly.

Nevertheless, a hedgehog does not run away when the going gets tough: it hedges itself in by putting its spines up and rolling up into a ball. Hardly any enemy can crack this spiky ball. On their forays into food, hedgehogs mainly rely on their fine sense of smell. But they can also hear very well.

The hedgehogs sleep during the day so that they are alert at night. They sleep in a crevice, cave, or shelter in the undergrowth. They carefully pad their bed with leaves, moss, and grass. Because the next winter will definitely come.

This is how you help hedgehogs through the winter

Provide food, small sleeping houses, and piles of brushwood in the garden – the Stoll family from the hedgehog station in Ludwigsburg show how you can help hedgehogs overwinter.