Horses use shaking their heads as a means of communication. However, there are also animals that hit their heads for other reasons, e.g. due to illness, pain, or psychological causes. Read here to find out what causes headshaking is to blame and what you can do about it.

Contents show
1 Headshaking – a Known Problem
2 Shaking Your Head in What Situations?
3 Psychological & Rider-caused Reasons
4 Physical Reasons for the Head Shaking
5 Allergic Reaction
6 Sunlight Stimuli
7 Herpes Viruses
8 Nerve Disorders
9 What to Do With Idiopathic Headshaking
10 Do Not Give Up 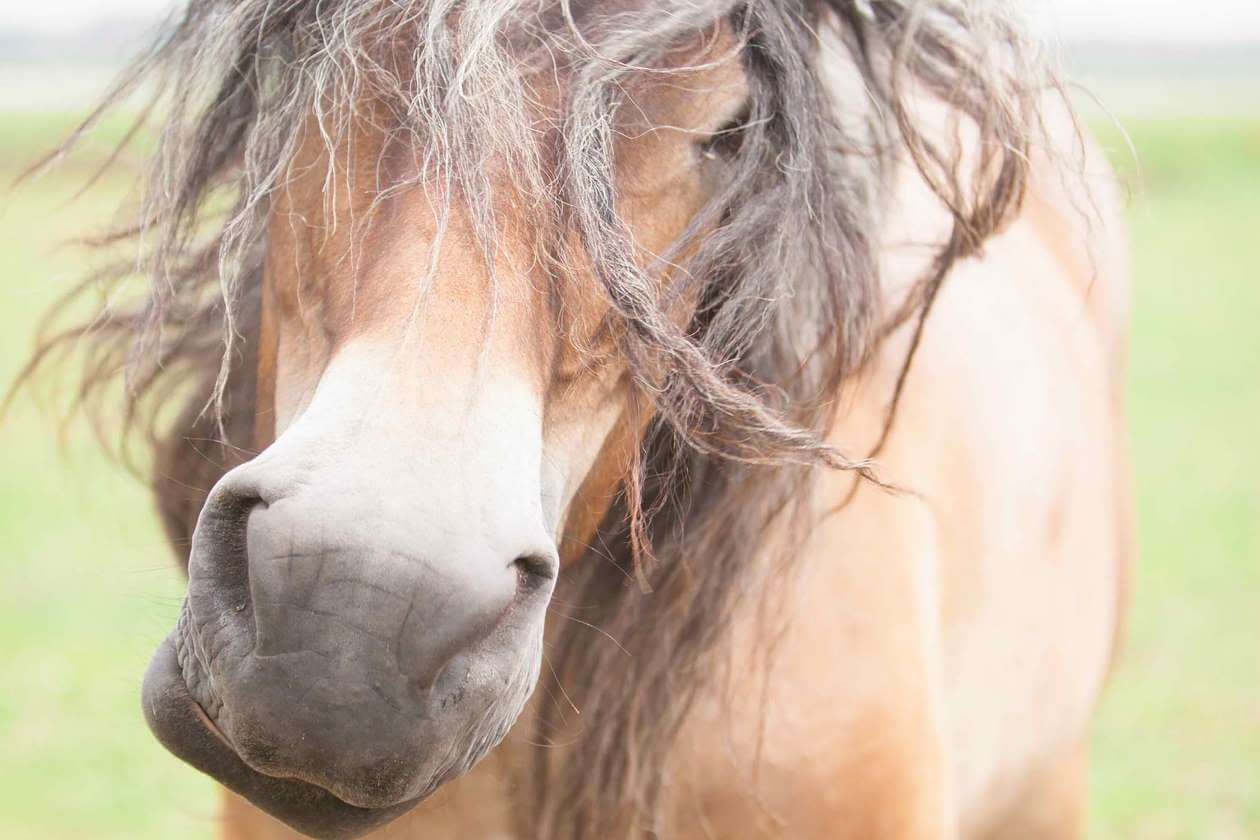 The noticeable shaking of the head of the horse – in English called “headshaking” – is becoming an increasingly common problem, although this is not a new phenomenon. There are already literary sources from 1809 dealing with the subject.

Shaking the head can have different reasons, which do not necessarily have to be caused by an illness. Unsuitable equipment or incorrect handling by the rider can also be possible triggers. Either way, you can’t really work with a horse that is constantly shaking its head and twitching. Due to the constant fidgeting, no support can be built up, which is essential for successful training. It can get so bad that riding it becomes extremely difficult, if not dangerous, or even impossible.

Shaking Your Head in What Situations?

Of course, the horse’s head shaking is at the center of the problem, but it’s important to watch carefully when and how it occurs. After all, banging the head is in itself an offensive gesture that is used for communication and can be observed, for example, when playing with fellow dogs in the pasture.

However, if headbanging occurs when the horse is being led, groomed or ridden, it is no longer a harmless means of communication. The task now is to find out whether the problem only occurs in connection with the rider or also independently of him. The latter would indicate pathological headshaking.

Symptoms of this are not only the jerky jerking up and shaking of the head, but also sneezing or snorting and the rubbing of the nostrils on the legs. Reactions one would expect if the horse stuck a foreign object in the nose or was stung. The nostrils of such horses are usually wide and red, itchy, and sensitive to pain. The eyes are puffy and watery. The whole thing can get so bad that the horse suffers from imbalance, the risk of falling increases, and these factors drive the animal into downright panic attacks.

It is typical of pathological headshaking that the symptoms do not usually appear before the age of six. Their occurrence worsens with the increasing length of daylight in spring and summer. Stress, warmth, and pollen count exacerbate the situation.

If it is assumed that there is no underlying disease, because the head beating only occurs in connection with people, the horse shows by jerking its head that it does not agree with certain things. Anger and anger can be just as responsible here as fear or pain. In such situations, you should ask yourself what is causing your four-legged friend’s displeasure.

The responsibility to understand the horse and remove the trigger is now entirely yours. So check the equipment, your handling of the animal as well as the intensity, difficulty, and speed of the training of the horse. Ideally, get help from experienced horse people or a good trainer.

Physical Reasons for the Head Shaking

Although there is now a lot of research in this area, it is still mostly impossible to make a clear diagnosis of what is behind the pathological shaking of the head. Diseases of the ears, eyes, and teeth can be triggers, as can problems with vertebrae, the central nervous system, or allergies. Many medical professionals also assume that multiple factors are to blame and not just a single health problem.

If your horse shows symptoms of head shaking, you should consult a veterinarian and have your darling examined. Even if no clear cause can often be found. In fact, around 90% of all head shakers cannot diagnose. As a result, the disease – at least currently – is considered incurable. The condition of such horses is known as idiopathic headshaking.

Allergic reactions are seen as a common cause, especially in idiopathic shakers. Such horses are very sensitive to a wide variety of allergens. These include:

In such cases, the veterinarian can at least determine whether the animal is suffering from respiratory, skin, or food allergies.

On the other hand, a large majority now assumes that the sunlight stimulus is the reason for banging the head in some horses (“photoic shaker”). Such a problem also exists in human medicine, where sick people feel a violent sneeze reflex as soon as they are exposed to sunlight. Doctors assume that this condition is inherited and that horses react by snorting, slapping the head, and rubbing their noses because they cannot sneeze like us. A significant improvement in the phenomenon occurs when the horses are ridden indoors or in the evening hours and they are given adequate protection from the sun during the day.

Thirdly, we come to herpes viruses, which could be to blame for the suffering of horses. This has not yet been verified, but there seems to be some evidence that herpes infections with EHV-1 viruses could be to blame. Such viruses hide in the nerve cells from the body’s immune defense, develop their activity according to assumptions under stress or increasing warmth, and then lead to increased irritability in the brain: This means that otherwise normal stimuli are perceived much more strongly.

Last but not least, it has been speculated that pain caused by a nervous disorder is to blame for the chronic head beating. According to the latest research, these stimuli come primarily from the area of ​​the head and neck. The trigeminal nerve, which is a large facial nerve, is now considered to be the main culprit. Among other things, he is responsible for the sensory perception of the face. If this nerve falls ill, it can have serious consequences, ranging from a slight itch in the nostrils to severe pain irritation when touched.

What to Do With Idiopathic Headshaking

Although there is still no patent cure due to the lack of clear diagnostics, there are various therapies that have at least shown an improvement in symptoms in different horses. This includes various medicinal or homeopathic approaches and operations in which an “infraorbital nerve incision” is performed. However, such operations are only successful in around a third of the horses and can result in the horses becoming insensitive in the mouth area.

Advice that is easier to implement relates primarily to protecting from direct sunlight. This includes that riding is postponed to the morning and evening hours and that the animals are either housed in the darkened stable during the day or that an opportunity is created so that they can find enough shade in the pasture.

Light-reducing head masks and UV protection blankets are also promising. Another point is mechanical aids to cover the nose and mouth, which at least lead to an improvement in symptoms and in mild cases promise good results on their own. There is also a wide variety of nets, fringes, and nose guards that you can make yourself.

Last but not least, it is important to optimize the housing conditions. This includes making the horse’s environment as dust-free as possible, watering the animal’s hay before feeding, and considering alternative litter.

Do Not Give Up 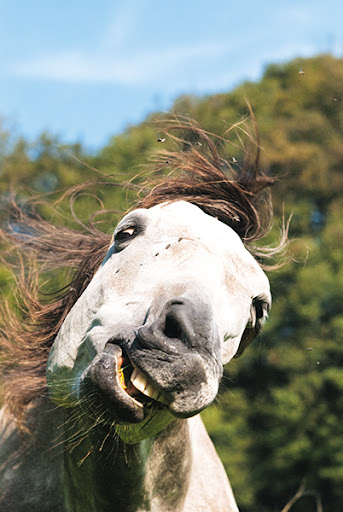 If your horse shows such a head shake, the first thing to do is to find out what caused the problem; maybe the symptoms can be improved by a few minor changes in the way you handle the horse or the equipment. If not: Find a good vet and don’t lose hope, even chronic head shakers can be helped so that you can continue to have a lot of fun together.